"I do not believe that knowledge is embedded in documents, just as beauty is not embedded in objects. Beauty and knowledge are created by joining and creating complex relationships between creators, viewers, contexts, histories, etc."

Now on the front page, Harm van den Dorpel’s project Deli Near Info is a social media website, established in 2014, that anyone with a Twitter account can join. It exemplifies a non-linear, intuitive "surf," or way of adding, finding, and connecting user generated content—particularly images, gifs, and text. External webpages including links to video and sound can also be embedded. 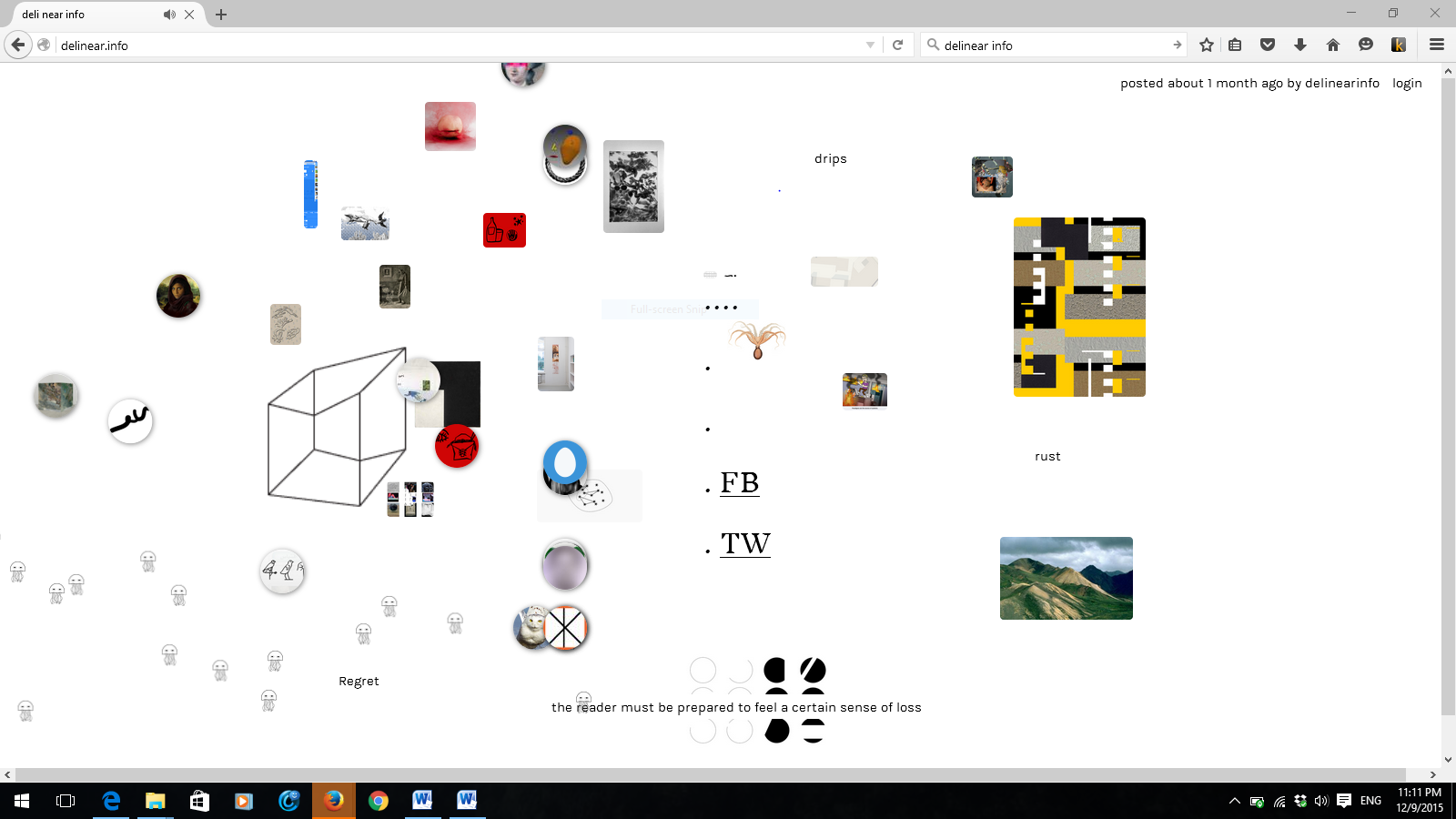 Deli Near Info is derived from "de-linear," which represents an alternative approach to the ubiquitous timeline-based, scrolling social media sites, which place newer content at the top. Van den Dorpel believes this kind of linear organization of content is “only about the now,” and does not allow the user to cultivate memory by making associations over time. Rather than hashtags or other metadata grouping the content, in Deli Near Info the pages are formed based on subjective choices made by multiple contributors. Additionally, unlike the majority of social media platforms, Deli Near Info offers no template for the content, which can be moved, manipulated in size or transparency, and animated with functions such as "Haunting" or "Dripping."

Deli Near Info is a development of Van den Dorpel's past site Dissociations, a kind of open studio which gathered the artist's own work alongside found material that often informed or became part of his artworks at a later stage, emphasizing transience and mutability. Dissociations also assisted Van den Dorpel in his practice, in that the back end he programmed formed associations among his works over time based on his selections: out of three images the back end displayed, he would click on one that didn’t fit. Thus, over time, the program formed more intelligent groupings.

Deli Near Info, like Dissociations, uses server-side software to facilitate the creation of multiple lateral connections among artworks. Using these sites as well as other online works by Van den Dorpel offers a heightened awareness of how much the reception of any content depends on the design and programming of its context. A "surf" through Deli Near Info exemplifies a more organic path through content—one driven by the interest of the viewer, rather than the site's own timeline or algorithms.

the animated gif used in this editorial is made by Niko Princen (http://nikoprincen.com/)