Why (and how) our museum started collecting Vines
By John O'Shea

The 2015-16 English premiere league season kicks off on Saturday, and the National Football Museum will be collecting fan-made archives throughout the season using Webrecorder. To suggest fan-made football Vines for the NFM archives during the forthcoming season, use the hashtag #footyvinesnfm.

Vines shown in this article are embedded directly from the Webrecorder platform, and are not yet viewable on all browsers. Links to the original Vines are included in the captions, and the archived Vines can be seen in context in NFM's Webrecorder collection. 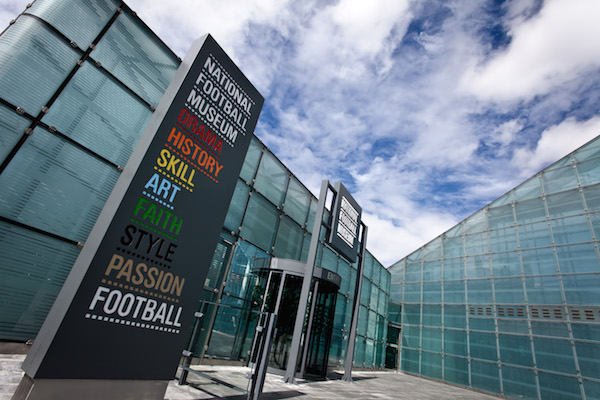 The National Football Museum (NFM) holds the world's greatest collection of football (soccer) artefacts, with 140,000 objects in its holdings. As well as shirts, balls, photographs, paintings, and trophies, much of the history of association football in England has been captured within commercial media—typically print and broadcast, but sometimes more imaginative things like these "Goal Action Replay" flipbooks which were produced for the Daily Mirror newspaper back in 1972.

The fans' "voice" is also represented through homemade memorabilia, banners and fanzines (of which the museum holds a collection of over 1000). Independent and often cut n' paste, these lo-fi publications produced during the 1970s, 80s and 90s embody fan humor, attitudes, and media of the day in a way which would be impossible to replicate in any other way. 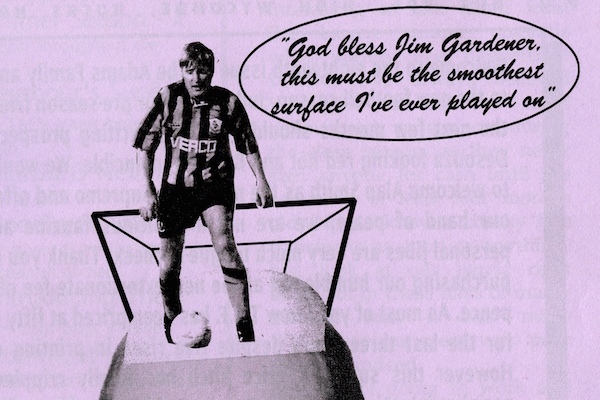 For the last couple of Premier League seasons, the "Football Vine" has become ubiquitous, continuing the lineage of fans re-appropriating existing media to tell their own stories.

Many of the fans' "films" take existing footage being broadcast (typically filmed on mobile phones directly from a television screen) and then re-interpret this through cropping, editing and adding a soundtrack. The short nature of the Vine format (around 6 seconds) lends itself very well to single moments in a game—often crucial goals and saves—but also moments of skill, controversy, and humor. Even the traditional print media have been making use of fan-generated Vines embedded within their online match reports as is demonstrated by this Telegraph report of Raheem Sterling's first game as a Manchester City player vs Roma. Football Vines are an important part of the story of contemporary fan culture, and therefore are relevant to the museum's collection.

This moment when Liverpool's Jordan Henderson appears to stare down Chelsea's Diego Costa became a major talking point and was shared thousands of times. Many people used this incident to discuss Henderson's credibility as a future Liverpool captain.

Museums which include contemporary popular culture in their remit have always had to make difficult choices with respect to what they can collect, as so much of the story they seek to tell is happening in the immediate present. With Vines, this is complicated by the fact that the interaction that plays out as a "Vine" is shared and circulated and this activity can be as important as the video clip itself.

Vines are perhaps best experienced within social media, where a viewer can participate in this process of faving and sharing. Unfortunately, this is not a viable collection strategy. Football Vines are often at risk of takedown because the legal territory surrounding this culture is unresolved (see: Is posting football Vines copyright infringement?). The timely sharing of key moments from games via Vine and Twitter led in August 2014 to a backlash from the commercial broadcasters and the Premier League citing piracy laws (since they own the commercial rights).

"You can understand that fans see something, they can capture it, they can share it, but ultimately it is against the law," said Dan Johnson, director of communications at the Premier League (according to a BBC report). "It's a breach of copyright and we would discourage fans from doing it, we're developing technologies like gif crawlers, Vine crawlers, working with Twitter to look to curtail this kind of activity... I know it sounds as if we're killjoys but we have to protect our intellectual property." 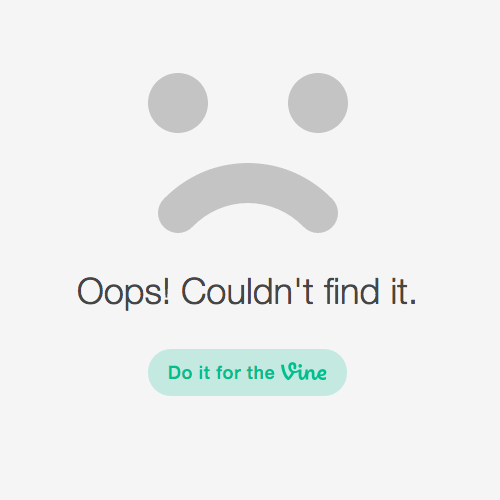 The suggestion that clips deemed to be offending will be taken down is apparently being followed through on, as Vines of important Premier League goals from the 2014/15 season are now hard to come by, with many having been replaced by the above "Oops! Couldn't find it" image. Those that do remain online often have peculiar adjustments to their color or aspect ratio, presumably making it more difficult for the copyright holder of the original footage from which the Vine is derived to identify the clip.

So as not to lose quite so much fan-produced media next season, I have been working with Rhizome's Dragan Espenschied and developer Ilya Kreymer (formerly Internet Archive) to try out their Webrecorder platform, which records all of the functionality of online activity within native platforms (rather than downloading mere screengrabs). The aim is not be to contravene copyright, but instead to document online behaviors (sharing, comments, edited imagery) which are intrinsic to the Vine platform and demonstrate online fan culture now, in 2015.

For now I have produced a little test to document a series of weird and wonderful moments from the 2014/15 Premier League season. They can be seen as captured and archived with Webrecorder, and are embedded directly from Vine in their individual glory below—unless, by the time you read this, they've already been taken down.

This research was conducted as part of Out of Play: Technology & Football, a season of commissions, artists residencies and artefacts at the National Football Museum, Manchester UK, and Collecting Cultures: Art of Football, an intitiative to improve the NFM's art collection.

Out of Play also included two other projects that featured ephemeral online media in a museum context: We Tripped El Hadji Diouf, organized by Jason Eppink, and The Time of The Game, by Jer Thorp, Mario Klingmann, Teju Cole.

Supported by public funding from Arts Council England and the Heritage Lottery Fund.

This piece was updated on January 9th, 2019 to reflect that Webrecorder is no longer in beta.