I hope we are not disturbing you: Ai Weiwei and Jacob Appelbaum in Beijing, through the lens of Laura Poitras
By Rhizome 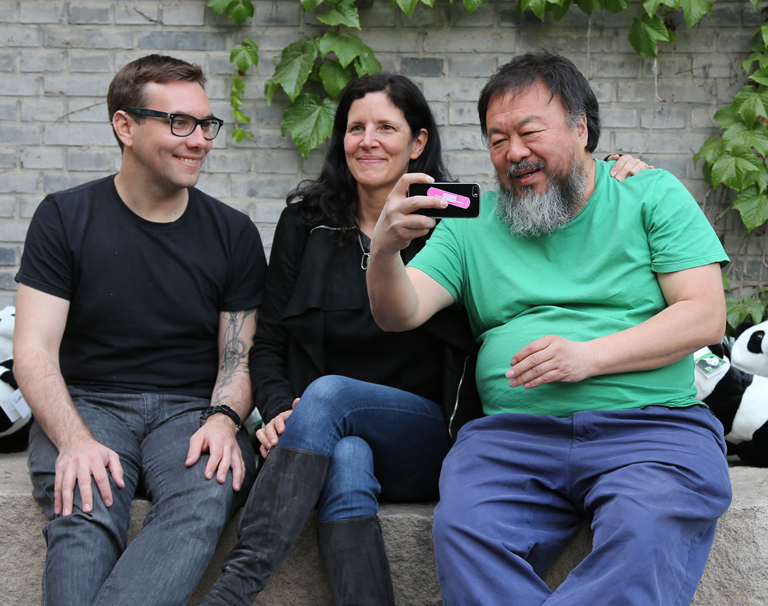 Last week, Rhizome brought Chinese dissident artist Ai Weiwei together with key Tor Project activist and Wikileaks representative Jacob Appelbaum for a five-day collaboration behind closed doors. The two worked closely at Ai's studio in Beijing with unreleased Snowden documents to create an artwork that underscores their mutual concerns with privacy, surveillance, and their own state-restricted movement. Rhizome invited film director Laura Poitras—whose portrait of Edward Snowden, Citizenfour, won the 2015 Academy Award for Documentary Feature—to capture the collaboration from start to finish as a short film, which will premiere at Rhizome's Seven on Seven on May 2 at the New Museum. (The event will stream live at rhizome.org and fusion.net.)

Reflecting on the project, both Ai and Appelbaum offered their own sense of responsibility. Ai: "I see my art as a way of reminding people of certain facts." Appelbaum: "My one goal is that in 20 years time no one can say they didn't know what was happening, so we'll know who didn't act to stop it."

Kashmir Hill of Fusion was on site in Beijing to cover the story as it unfolded between Ai, Appelbaum, and Poitras—"three of the most justifiably paranoid people in the world"—and not without an impromptu call to Julian Assange. Read Hill's detailed report.

For full bios, tickets, and event information, visit the event's website at sevenonseven.rhizome.org.