Tabularium: An exhibition with the foresight to plan its own funeral
By Hamishi Farah and Aurelia Guo

"Tabularium," a group exhibition curated by Alana Kushnir, runs through September 13 at Slopes in Melbourne, Australia. 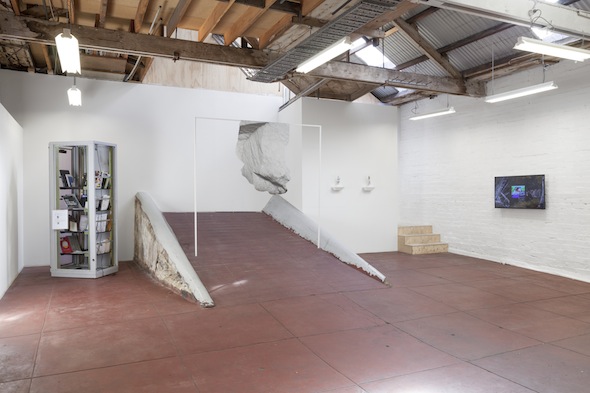 Slopes is temporary gallery, set to be demolished.

Tabularium
a little conceited
becomes an introduction to post-internet, for doz dat slept
utilitarian dissonance as the work revolved around a library
library had the most presence
and was the title of the show, and by the curator

referencing ancient + classed knowledge management, the heaviest work in the show
is a credibility box
ultimately it set out to look at a moment in time
maybe in contrast to the fluidity of the internet 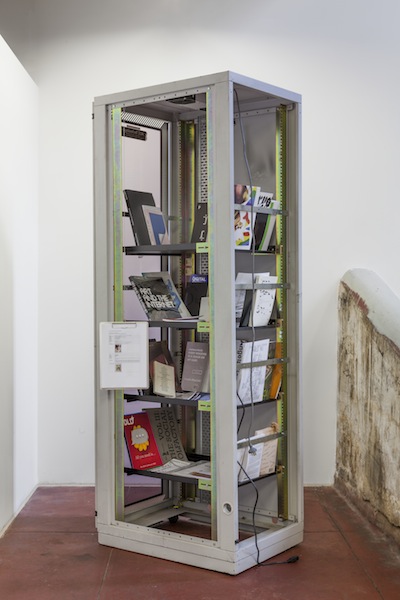 A website can go up and down whenever, non-committal, a book is published and then exists—becomes an object—lasts—is static—refusal of the internet's nature 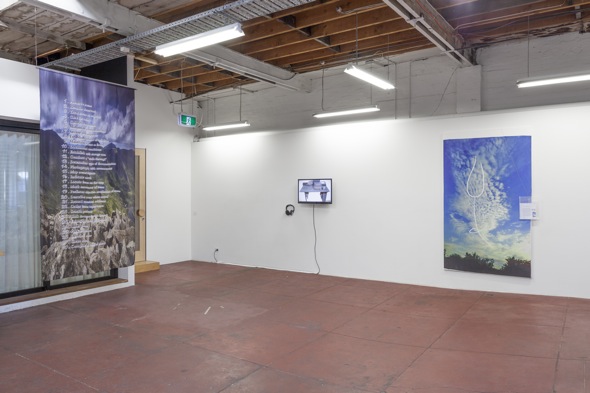 Anthony Marcellini and Heman Chong's Twenty Plots for Things to Come pre-emptively eulogises knowledge. From a counter position to Tabularium, the website/video recycles and displays images from science and technology museums, playing them in random sequence until the original image links die.

I feel like I am walking around inside an install shot. The works are beautiful; they are also cool, light, tech, premium, and optimized for the screen. 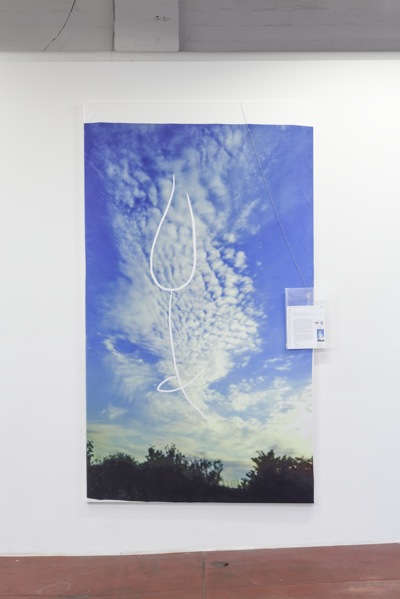 You don't need to remember anything because Wikipedia exists, Ry David Bradley knows this. Wikipedia won't remember the 10 hours that David Bradley's delicate tulip was the picture for Ukraine. 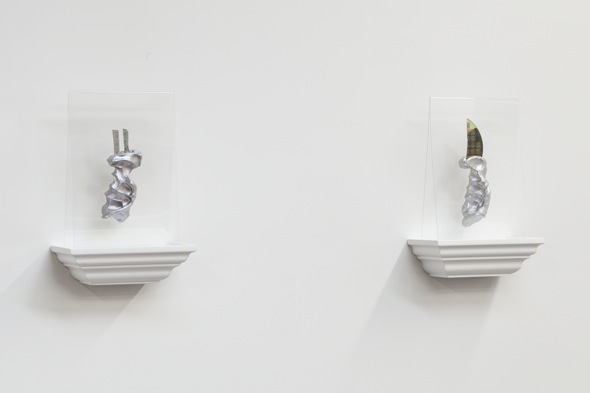 Katja Novitskova retroactively constructs an aura around unknown information. Shapeshifters takes broken silicon wafers and turns them into tools/weapons. Exhibited inside display cases on wooden capitals, they become museological cyber antiquities: semiconductor material manufactured to transmit information becoming information itself. Like maintaining web 2.0 currency or taking up space as a survival tactic, Novitskova builds her own myth. Displayed next to Rafman's Annals of Time Lost, both artists' works present a mythology of pointing signifiers. Rather than point at anything in particular, the works suggest a dissonance between historicizing information/materials/artefacts before vs after the internet. 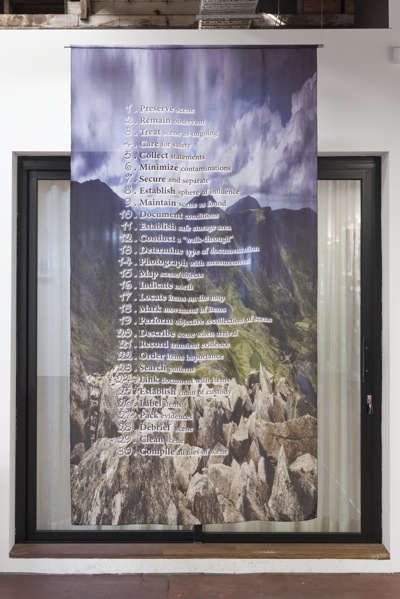 You read a review in the form of a poem, and it ended: Tabularium refers to a building from ancient Rome, made to store the legal documents of the fallen civilization. Tabularium's an exhibition with the foresight to plan its own funeral. Curator Alana Kushnir has put together a show that compellingly, if incohesively...

[During the editing process, I asked Hamishi  and Aurelia to clarify the line "books reserved for contextual irreverence and future hubris." They wrote, "Offline forms of accountability = finality, print. Once the documentation has been taken and the show is over, an artist can recontextualise it to fit the current moment through editing and coding. Tabularium purposefully resists this. Finality has become hubris, finality has become contextual irreverence simply because of the impossibility of non-conflicting opinion when everyone is a blogger." —Ed.]