How to Speedread Properly
By Brendan Byrne 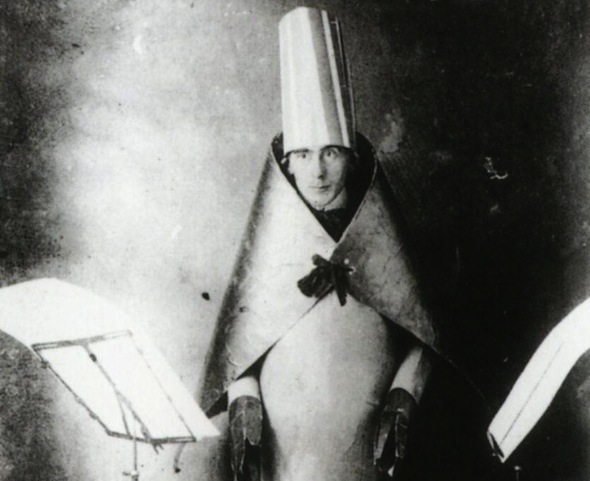 There's an underlying assumption in most of the thinkpieces spawned by emergent speedreading apps: that you'll be using them to catch up on the massive assortment of thinkpieces you don't have the time to ingest.

Velocity, Spritz (which is actually proprietary tech, not yet an "app"), and the 2006 web-based spreeder all facilitate speedreading via a method known as Rapid Serial Visual Presentation (RSVP). RSVP, as spreeder marketing copy explains, focuses on "silencing subvocalization" (which, in turn, is defined in Velocity's copy as your "inner voice"). spreeder and Velocity accomplish this by basically flashing words at you really fast. Spritz adds its own "Optimal Recognition Point," often a vowel, in red so as to excise time-consuming eye movements. In each case, the eye is presented here as the blood-brain barrier, with the text ever trying to pass through it more efficiently. This is a rather unique method for dealing with the stresses of the war-like domain of the longread; now you can "read" everything.

"If only I'd known about RSVP while in college, I may have actually gotten through all 1,000 pages of Tom Jones," writes Jim Pagels in Slate. The initial impulse to question Pagels' purity of spirit should be quashed. No one can read Tom Jones the way Fielding's initial audience did in 1749 (unless someone were to construct an immersive VR world, complete with memory wipes, to enable full reading-experience). And, indeed, the first page or so of Tom Jones goes down easily enough on spreeder, if only because it is primarily table-setting. Stick the first couple of paragraphs of The Manifesto of the Communist Party in there, and you'll get the gist, but you begin to see the delicate impact of the loss of subvocalization. The twin delicious names "Metternich and Guizot" cannot be chewed over, nor can the inadvisable nostalgia associated with the phrase "French Radicals and German police-spies" be indulged in, even briefly. You'd think the opening throes of On the Road would fare better, with Keroauc's infamous Words Typed Per Minute, but (of course) you can't hear him. Without the inner voice, text becomes a kind of data cinema (the rhetoric of "streaming" is here well deployed), and no author is yet writing for a stabilized delivery-rate of text. Fiction has yet to find its Michael Bay.

An exception could be interactive storytelling platform Twine, where pace can be controlled to create dread, such as in the more helpless sections of Michael Lutz's my long, long legs. An assaultive, controlled pace could generate some interesting contortions of the political thriller (once defined by Bruce Sterling as "science fiction which includes the President").

But speedreading seems primed for another form, already existent, one in which words are already stripped of their meaning so as to batter the reader into submission: Dadist poetry. The hectoring anti-explainer humor of Tristan Tzara's "To Make a Dadaist Poem" (1920) comes across full-bore, and the utter divorce from actual language of Hugo Ball's "Gadji beri bimba" feels much less forced when delivered to you, rather than picked self-consciously off a page. Kurt Schwitters' high-velocity poetry loses the intricacy of its indentation and italization, but

-- these are the words of the new poetry!

from "Lighting a Fire, 1914," works even better stripped down into single words flung at your screen. It's not akin to being in the audience of Cabaret Voltaire in 1916, but it's far more pertinent. The question is less whether the copygenerators of the Thinkpiece Archipelago will reconfigure their craft according to the stresses of the WPM, than how the next iteration of the avant-garde might address the banishment of the human voice from the act of reading.