"Joy To Ode" by Dominik Podsiadly

The latest in an ongoing series of themed collections of creative projects assembled by Prosthetic Knowledge. This edition takes a look at creative projects and cultural implications that emerge from the meeting of computing culture and economics.

It's interesting that the etymology of the word "economics" goes back to the Greek oikonomikos, meaning "practiced in the management of a household or family," "frugal" or "thrifty," especially considering the term's modern-day association with big capitalism. On a small or large scale, economics has always been concerned with the distribution of wealth and the management of resources, and its principles can therefore be applied in a range of other fields. For example: In the mid-70's, the subject entered into dialogue with the biology (such as Gary Becker's paper "Altruism, Egoism and Genetic Fitness: Economics and Sociobiology" and "Economics from a Biological Viewpoint" by Jack Hirshleifer), where resources such as fitness, energy, disease, or environment were studied in an economic framework.

The 1970s also saw the arrival of the microprocessor, which made computers smaller, more powerful and available to more scientific spaces. The computer could be seen as an economic system in itself, and coding provides the means to manage the resources of the CPU—an environment structured by binary, itself a lexicon for economics of design.

The following examples all relate to the financial aspect of economics, all experienced, though, through creative uses of computational technology. 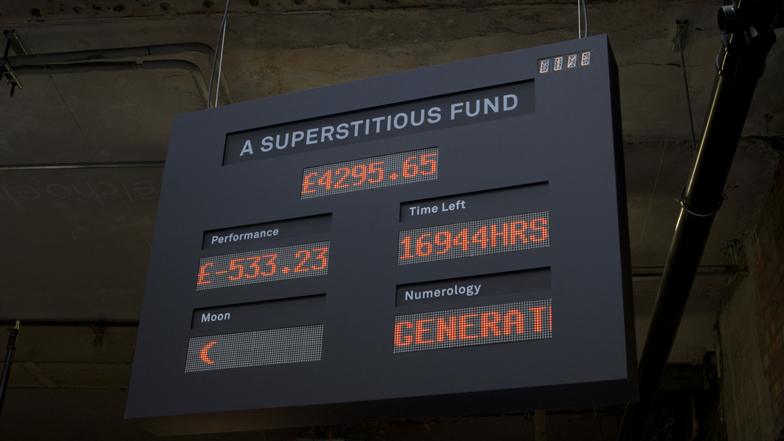 Experimental financial project by Shing Tat Chung from 2012 which uses a machine to trade on the stock market based on superstitious ‘lucky numbers’ it generates:

The Superstitious Fund Project is a live one year experiment where an uncanny algorithm or SUPERSTITIOUS AUTOMATED ROBOT will trade live on the stock market. The financial instruments it will be using will be spreadbetting on the FTSE 100.

The superstitious trading algorithm will trade purely on the belief of NUMEROLOGY and in accordance to the MOON. It will for example have the fear of the number 13, as well as generating its own beliefs and new logic for trading.

Cryptocurrencies such as Bitcoin use a “proof of work” system to prevent abuse.

Artworks are proofs of aesthetic work.

Facecoin uses machine pareidolia as its proof of work. This is implemented by applying CCV’s JavaScript face detection algorithm to SHA-256 digests represented as greyscale pixel maps. An industrial-strength version would use OpenCV. Due to the limitations of face detection as implemented by these libraries, the digest pixel map is upscaled and blurred to produce images of the size and kind that they can find faces in.

The difficulty can be varied by altering the size and blur of the pixmap. Or by only allowing particular detected face bounds rectangles to be used a set number of times.

All of these bitcoin block stacks are accurate piles based on (at the time the video was made) current information regarding the bitcoin market.

Towards the end of the video you’ll see me programmatically build the stack of gold, based on the current price of gold in USD and the current bitcoin market cap, also in USD. A script does the calculation and figures out how large that gold pile would be, in real life (m^3), and builds the blocks to match. 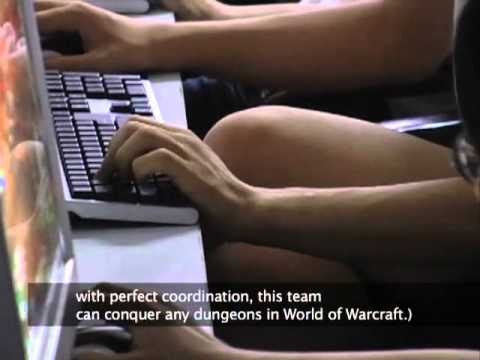 A documentary by Ge Jin from 2010 looks at the World of Warcraft gold mining industry, where players are employed to make as much in-game gold to sell for real-world cash. Whilst this controversial activity has been around for years (especially in Asia), the practice appears to be occuring today in more familiar online settings):

Gold Farmers is a documentary that investigates the real money trade in the virtual world of online games(such as World of Warcraft), and portraits groups of Chinese young men who are making a living by playing online games. These young men are called gold farmers in the online games, and the in-game goods they produce are sold for real dollar to American gamers who need a short cut to success in the games. In this documentary, gold farmers describe how it feels to live at the border between the virtual and real, to mix play and work, and to interact with foreign gamers who they would never have the chance to meet if not for this globalized virtual world. We also hear conflicting views from various American gamers who are affected by this particular entanglement of the virtual and the real. 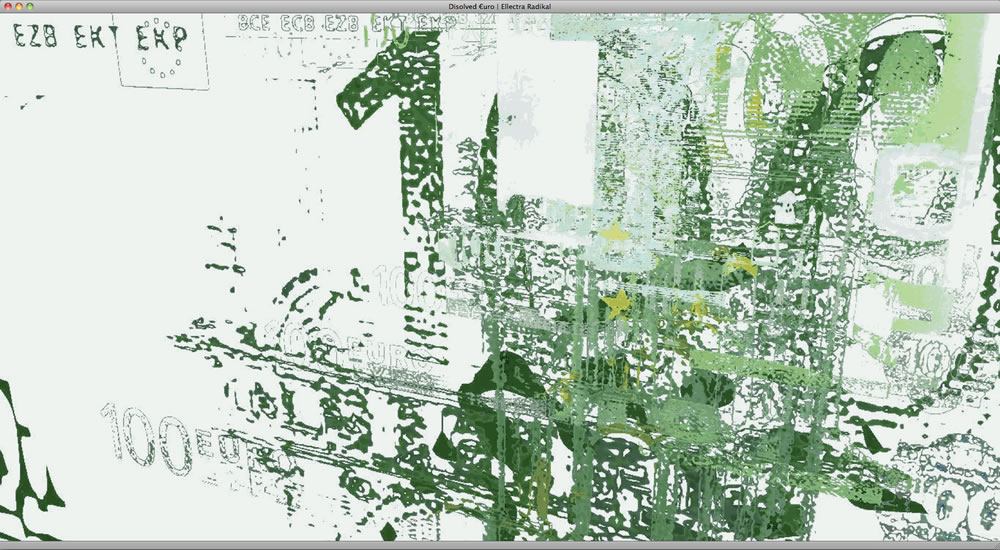 Online exhibition from M0US310n.net featuring Digital and Net Art on the subject of Money and Error, put together by virtual curator “Vasily Zaitsev”:

M0N3Y AS AN 3RRROR | MON3Y.US proposes to establish connections , dialogues, and new insights into the contemporary art scene around the general topic of MONEY. Around 60 international artists with various aesthetic and conceptual approaches who work in fields such as Digital Art, Net.Art, New Media, Interactive Art , Multimedia, JavaScript, Glitch, Video, Online Performance, and Image.

The theme of MONEY was chosen for its ubiquitous nature by an anonymous identity, a virtual online curator who used the name of a famous Russian sniper of World War II: Vasily Zaitsev, a man that could not be seen and acted afar.

You can check out the online exhibition here.

Computers and Capital: The Rise of Digital Currency

A very recent online exhibition co-curated by Erik H Rzepka and Wesley Yuen for Coinfest 2014 in Vancouver, featuring works which examines cryptocurrencies and their emergence:

Bitcoin presents a new paradigm: the shift in money regulation from the national bureaucracy of competing banks, to the international computational world of networks and algorithms. Coinfest is an opportunity to disseminate information about these new currencies and also to reflect on what the change will come to mean. Computers and Capital presents a series of artists whose medium shifts to the same new medium that digital currencies are moving towards: the computer. How does the computer work as a canvas, and how does this cultural canvas relate to a digital shift in our global financial system? As financial power shifts from the hands of the national economic hierarchy into the processing power of our chips and laptops, what will the societal implications be? Computers and Capital hopes to provide a forum to begin to consider these questions: to promote education and awareness of digital currency, and to think about what it will mean on a broader, social level.

I'm biased obviously but there's some good stuff in here, thanks. ;-)