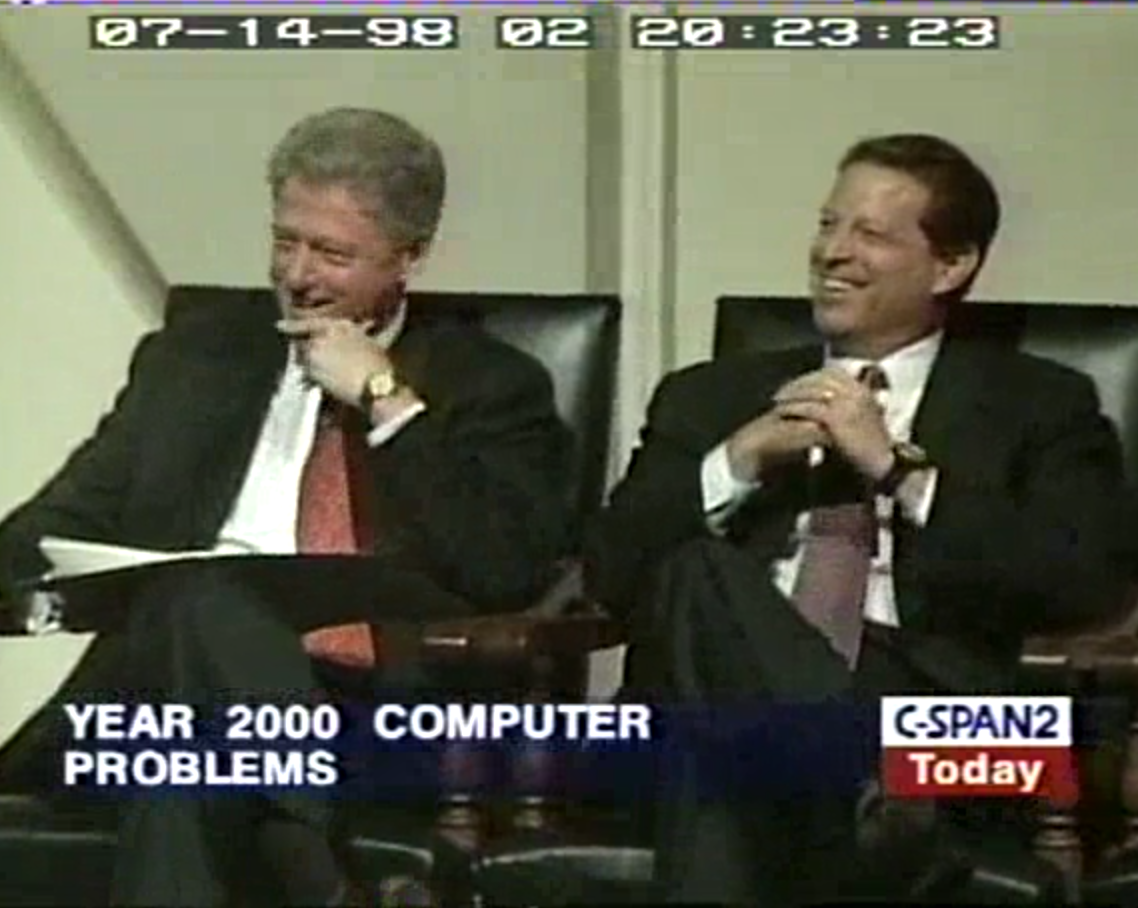 Fifteen years after the turn of the millennium, artist Perry Chen invites audiences to join him in exploring the phenomenon and legacy of Y2K as an inquiry into our entanglement with technology and its rapidly increasing complexity. This evening's event is presented in anticipation of the upcoming release of his online archive of Y2K books for First Look, copresented by New Museum and Rhizome, and in partnership with Creative Time Reports.

The Y2K bug was a computer design oversight that was anticipated to affect a wide range of systems on 1/1/2000, when computers were expected to mistakenly interpret the "00" in dates as the year 1900, not the year 2000. In 1996, Congressional hearings featured expert testimony warning of a coming crisis in which all infrastructures reliant on software and embedded chips—such as those utilized by banks, power plants, communications, air traffic systems—could malfunction or shut down. In the following years, fueled by intense media speculation and the rapid growth of industries servicing Y2K issues, governments, corporations, small businesses, and individuals spent hundreds of billions of dollars in preparation and overhauls. Now, Y2K is largely forgotten as January 1, 2000, came and went with no serious issues.

Through television footage and books produced in the run-up to Y2K, Chen will illuminate the cultural backdrop of the anticipated crisis, surfacing our collective anxieties in the face of this vast uncertainty. Key players, including David Eddy, who coined the term "Y2K," Margaret Anderson, formerly of the Center for Y2K and Society, and Shaunti Feldhahn, author of Y2K: The Millennium Bug—A Balanced Christian Response, will convene this evening to share their firsthand accounts of the time, offering a deeper investigation into the preparations for, climate around, and legacy of Y2K and complicating the prevailing narrative that Y2K was a "non-event."

Perry Chen is a New York City–based artist whose work often explores the intersection of technology and uncertainty. He has exhibited in New York, Berlin, and Mexico City. Chen is also interested in the design and potential of new social systems, starting the websites Kickstarter and the nonprofit Dollar a Day. He cofounded the Southfirst gallery in Brooklyn, New York, in 2001; was a TED Fellow in 2010; and was a resident of Laboratorio para la Ciudad in Mexico City in 2014.

"Perry Chen: Y2K+15" is a First Look project copresented by the New Museum and Rhizome with Creative Time Reports.

First Look is made possible, in part, by the New York State Council on the Arts with the support of Governor Andrew Cuomo and the New York State Legislature. Additional support provided by the Toby Devan Lewis Emerging Artists Exhibitions Fund.