LH: For as long as I've been familiar with your work—starting on dump.fm in 2010—you've been incredibly prolific. Back then, you were creating and sharing abstract animated GIFs. I remember you would post hundreds of variations on a single shape. I see that kind of preoccupation, or obsession, come up again and again in your work, with the Phone Arts series, the Microsoft Store Paintings, and most recently, the Sheryl Crow Pandora Paintings. These expansive projects create a sense of repetition, ultimately a smooth rhythm, which appears to be so continuous as to not have a beginning or an end. Can you describe the process for coming up with these projects? How do you distinguish the individual pieces?

MM: I don't like to take any single piece too seriously, I want to work on something without the pressure of it being perfect. I think people discount producing a lot of work because they connect it to feed culture like it's more important to produce massive amounts of content for tumblr or instagram or w/e but that's not really what I'm trying to do. I think it's more interesting to like shit out a bunch of work in a natural way whether it's through a rhythm that you just stumble upon or if you see a jpeg on dump and you're like "loloolllollll pssssssh what in the even fuck ommmmmg" so you have to like rework it 50 times because you're obsessed with it, and then step back after you make this massive body of work and say to yourself "what is all that about dude?", than if you try and distill an idea into one perfect piece you've over thought to death. When you try and make a piece fit a preconceived concept it feels like graphic design, you have the message and the content you're just trying to solve how to effectively communicate that through the work and I don't want to work like that. 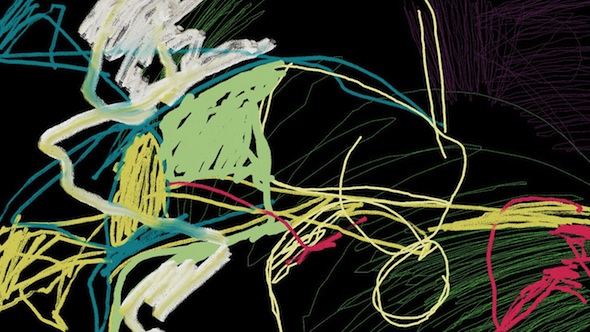 From the series Microsoft Store Paintings.

As Tom Moody noted on his blog there are some distinct differences between your Phone Arts paintings, which are made on an iPhone or an iPad, and your Microsoft Store Paintings, which are made on Microsoft's Surface tablet. Mainly, the Microsoft Store Paintings appear more painterly. Have you come to any conclusions about these branded devices after working with them for the past few years? How do you work around the built-in limitations of the devices, or are those limitations part of your interest?

The Microsoft Store Paintings are all about self-imposed limitations and subverting the idea of an artist's studio. I only paint inside of Microsoft retail locations on display computers, using a stock Windows program, in the amount of time it takes before a sales person is like "dude, WTF are doing?" I'm using default devices and software in a public commercial space to create work that is typically done in a private location with highly specialized tools.

I don't really care about brands or the branded part of any of it, I just look at them all like toys lol.

"oh word you got faux palette I can mix paint on, lemme try that"

In most places on the internet you're known by your alias, mirrrroring. Where did that name come from? What's mirroring what?

Mirroring is a term for identically replicating a set of data. Usually you like mirror a hard drive to create a copy of all the files so that was the first part. The next part was a combination of my general obsession with mirrors and this story Borges wrote called "The Fauna of Mirrors" which was about this prehistoric time when like men and spectres lived in harmony on opposite sides of mirrors but could freely pass through them to the others world. Then they got into a massive war and men banished the spectres to the other side of the mirror to only mimic them, but there's this ominous tone signifying the impending day when the spectres free themselves and can cross the mirror again.

The short answer is that it looks cool when you add those extra two R's and it's always available when I want to sign up for a new account on literally every website.

Your description of "Fauna of Mirrors" reminds me of the endless, looping window opening in Without You (2013), the piece you made for Rick Silva's pavilion in The Wrong online biennial. This piece is an interesting counterpoint to your paintings because there seems to be such a slow focus on composition. The viewer is caught in a cycle of approaching something without the satisfaction of ever actually reaching it. Is the repetition in your work reflective of some kind of longing or attempt to move toward something? What are you trying to move toward?

It's more about never getting there. That piece in particular ended up being about feeling like you are sitting around your ex's house after staying over and they are at work and you're just chilling watching Psych episodes on Netflix which should be hilarious but you just feel sort of weird. In a larger way a lot of the websites I have made are about some kind of misplaced longing for something larger than ourselves. Sort of like saying: so ya we killed god, technology is cool, we have the internet and all that, we can grow people ears but that doesn't change it, we just find new ways of trying to find or define or understand something larger than us. 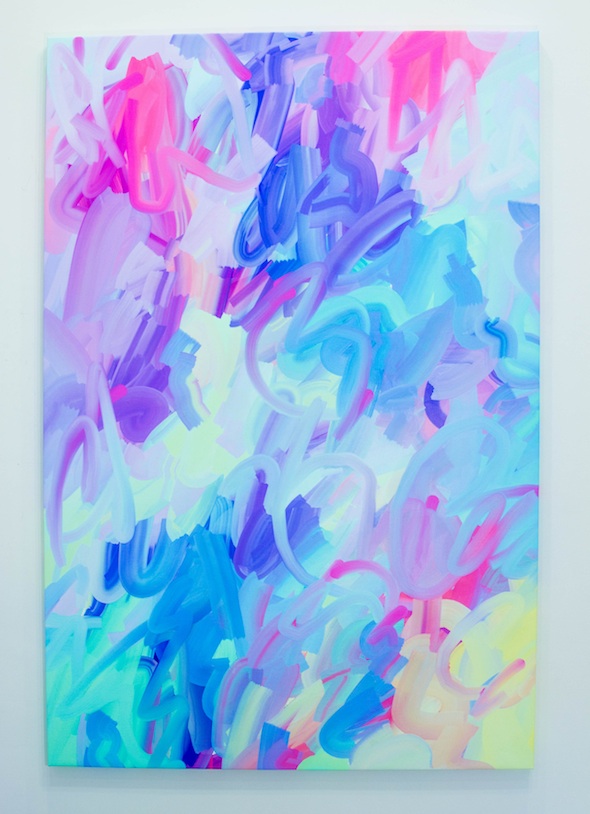 You're becoming well known for your large-scale paintings that start as JPEGs, are printed on canvas, and then brushed with a clear acrylic for texture. What inspired you to start creating objects?

Basically I didn't want to show a Tumblr in a gallery lol.

Personally one of the reasons I love net art or internet based works (which is what those paintings were until Lucy asked me to show them) is how chill the experience of consuming the work is. You are typically by yourself hanging around doing whatever the F and you can just surf or surf and smoke or surf and eat pizza etc. ad infinitum. The experience is informal and personalized looking at art in a gallery is crazy different lol, not to mention how dumb like scrolling through a website is at an art show.

I always just say I was lucky because I had been making corny sellable paintings for 2 years I just hadn't printed them out yet. 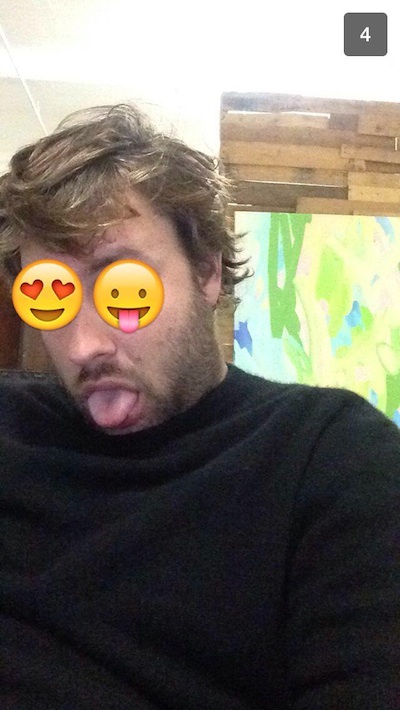 I went to NYU for my undergraduate degree and got a BFA in Film. I mostly studied animation and getting really stoned in Washington Square Park, like every other loathsome NYU kid. Later, I got my MBA at Rensselaer Polytechnic Institute. There's a stone plaque at the football field with my name on it that says "All Business"

Which artists have influenced you the most, or which projects?

I feel really lucky actually because a lot of them are people I get to say hi to in LA, I mean Guthrie and Petra were like fundamental to me and dude Pascual where else do you have a Pascual in this world??? Tom Moody obvi.

As far as olds like I'm really big on Jackson Pollock before he went drippy, Gauguin even though he was a creepy ex-pat imperialist, def Richard Jackson, Diebenkorn and Hockney as like old school California chillers. 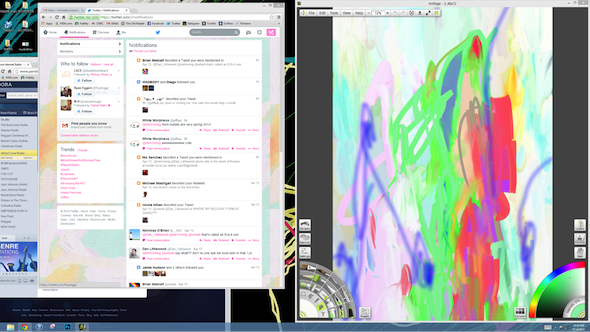