Seven on Seven: LDN
By Rhizome 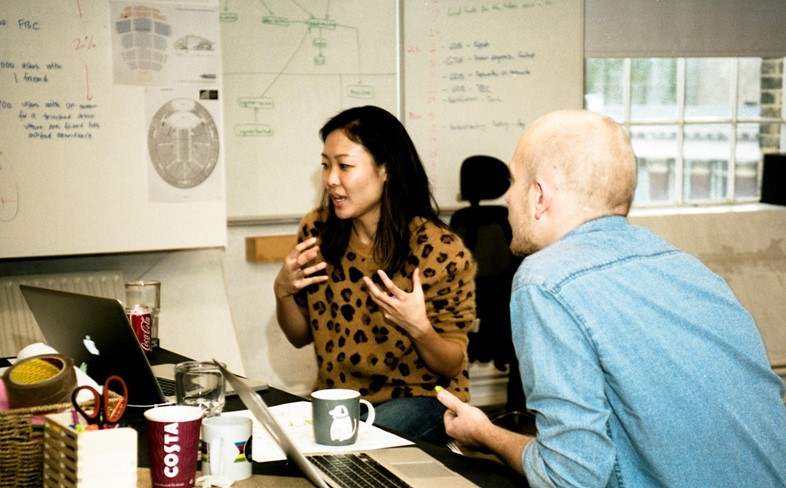 Organized by Michael Connor, Heather Corcoran, and Emma Ridgeway of Barbican, this edition of Seven on Seven was held on October 27, 2013 at Barbican London. Omar Kholeif was the event respondent. Read DAZED's report on the event.

Dr. Jamie King is founder of innovative online content distributor VODO. He was formerly Media Evangelist at BitTorrent Inc., and is director/producer of the pirate-distributed document STEAL THIS FILM. He was also a writer for ITN / Channel4 News, and an editor of Mute Magazine.

Susan Philipsz’s work deals with the spatial properties of sound and with the relationships between sound and architecture. Born in Glasgow, she completed a BA in Fine Art at Duncan of Jordanstone College of Art, Dundee (1989–93) and an MA in Fine Art at the University of Ulster, Belfast (1993–4). In 2000 she was accepted onto the PS1 artist- in-residence programme in New York and in 2001 she took a residency at Kunst-Werke in Berlin, where she has lived since. In 2010 she won the Turner Prize.

Naveen Selvadurai is an adventurer, hacker and co-founder of the location-based social networking site Foursquare. Before this, he was a senior software architect for Sony Music. He received his BS/MS in Computer Science from Worcester Polytechnic while working at Sun Microsystems and Lucent Technologies. He is now engaged in launching a consumer health insurance project with Oscar, a health insurance start-up based in New York.

Jonas Lund is a Swedish artist currently based in Berlin and Amsterdam. He makes use of a wide variety of media, combining software-based works with performance, installation, video and photography. He obtained a BFA in Photography at the Gerrit Rietveld Academie in Amsterdam in 2009, and an MA at the Piet Zwart Institute in Rotterdam. His work has been exhibited internationally at institutions including Tent, Rotterdam; New Museum, New York; and the Van Abbemuseum, Eindhoven.

Michelle You is co-founder and chief product officer of Songkick, a service that allows users to track their favourite bands and receive gig alerts when they play nearby. It has grown to become the second most-trafficked concert site in the world after Ticketmaster, with almost eight million unique visitors a month. It is backed by Y Combinator, Index Ventures and Sequoia Capital. Michelle You studied English and philosophy at Columbia before receiving her MA in English at Cambridge.

Mark Leckey’s works in sculpture, sound, performance and video explore the power that objects, images and brands exert on us as focal points of desire and identity. Leckey studied at Newcastle Polytechnic and from 2005 to 2009 taught as Professor of Film Studies at the Städelschule, Frankfurt am Main. He was awarded the Turner Prize in 2008.

Daniel Williams is a software developer building web apps, mobile apps and physical computing things. He has contributed to numerous critical art and technology projects, both independently and in his former role as creative technologist at Pervasive Media Studios. He currently lives and works in London.

Cécile B. Evans is a Belgian-American artist based in Berlin. She is the 2012 recipient of the Emdash Award, which resulted in a commissioned work for the Frieze Art Fair in London. She is also the 2013 recipient of the PYA Prize, which will result in the production and exhibition of a new video work at the Palais de Tokyo, Paris. Evans is currently an artist in residence at the Wysing Arts Centre, Cambridge.

Alice Bartlett is creative technologist at BERG, a London-based design studio and makers of Little Printers. She graduated from the University of York in 2009 with a BSc in Computer Science. Between 2006 and 2009 she did four placements at IBM working in Java Test, CICS, pervasive messaging and Emerging Technology Services. Alice then joined FT Labs, where she worked on various projects including the Financial Times android app, blogs platform and HTML5 app, moving to BERG in 2011.

Haroon Mirza is a British artist who combines a variety of readymade and time-based material to create audio compositions that are often realised as site-specific installations. Mirza complicates the distinctions between noise, sound and music, altering the function and meaning of everyday objects and socio-cultural constructs. He is represented by Lisson Gallery, London.

Ryder Ripps is an entrepreneur and artist working in New York City and around the internet. He is creative director of the technology-driven creative agency OKFocus, and co-founder of the popular real-time image sharing platform dump.fm. Other projects include Internet Archaeology, LuCkYPLoP and #HDBOYZ.

Graham Harwood is a critical media artist, activist and academic now working with his long-term collaborator Matsuko Yokokoji as YoHa. Together they explore the socio-historical context of technology through works such as the 2009 transmediale award-winning project Tantalum Memorial, and Coal Fire Computers, exhibited at the 2010 AV Festival. Their works have been nominated for a BAFTA and are affiliated to the permanent collections of the Pompidou Centre, Paris, and the Centre for Media Arts (ZKM) in Karlsruhe.

Alberto Nardelli is co-founder and CEO of Tweetminster, a media platform that dynamically analyses and monitors networks of influencers and experts on Twitter. Tweetminster’s core product is Electionista, a service following and tracking politics, elections and political trends in over 100 countries. Nardelli is also the former CEO of UnLtdWorld.com, the online platform for social entrepreneurs, acquired in March 2011 by Guardian News and Media. He holds a BA in Political Science and an MA in Media and Communication Studies.