The Silk Road
By Rhizome 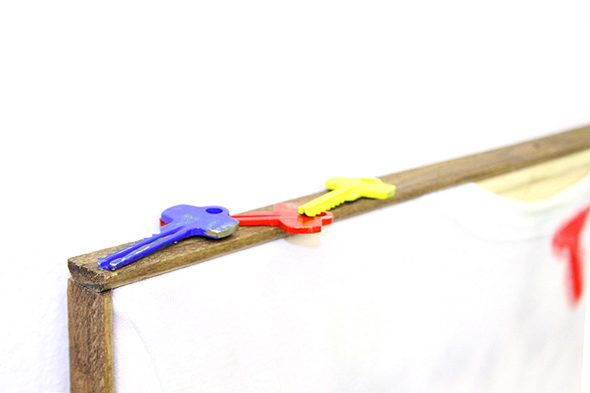 Image from the exhibition Concealed Carry, 2012 at Oliver Francis Gallery

Described as a black market eBay, the Silk Road was a website where anything—and we do mean anything—could be purchased with bitcoin and other tools allowing anonymous transactions. Products on offer on the site included drugs, weapons, fake IDs, and hacking services. This underground economy was accessed via the encrypted Tor network, which routes data through circuitous, encrypted routes to make users' activities difficult to trace.

As of Wednesday, the Silk Road is no more, and its founder Ross William Ulbricht (previously known as Dread Pirate Roberts) has been arrested, which will have an effect on an ongoing series of works by artist Brad Troemel. For the 2011 exhibition The Social Life of Things at Showroom MAMA in Rotterdam, Brad Troemel (with Ben Schumacher, Artie Vierkant and Jon Vingiano) acquired a number of services and objects from the marketplace that were presented in an installation. The installation included such objects as a fake ID that has Troemel's real details and picture on it (juxtaposed with his real driver's licence), bump keys for lock-picking, and seeds to grow plants that can be processed into psychedelic drugs. These objects were intended to be further used by visitors, continuing to circulate in the world after their movement through the Silk Road market network:

I started thinking about movement and the different types of movement that objects undergo. The name of the exhibition, The Social Life of Things, is stolen from a book by a teacher of mine; Arjun Appadurai, where he talks about the role objects play in our lives and ways in, which we move objects but, they also have some agency in moving us. I talk about this in regards to the Silk Road in that these are objects that I can hold in my hand and move around but, also these are objects that allow me to move. Especially in the case of this ID piece. It is something that literally grants me access to movement.

In the case of the bump keys, it was most interesting to me that people could take them and they could go home and potentially break into whatever they wanted to.

In subsequent iterations of this project, such as his exhibitions at Tomorrow Gallery in Toronto and Oliver Francis Gallery in Dallas, Troemel began to use not only on the objects purchased through the site, but also the surrounding detritus (such as encrypted invoices and packaging), as his raw material. For Vice Versa at Tomorrow, for example, he created a series of 2D works in which the Silk Road materials are partly obscured through a technique known as "bubbling." In its vernacular use, bubbling involves erasing a circular section of a pornographic digital image to conceal the naughty bits, creating a kind of accidental Baldessari.

While Silk Road has been shut down, there is an expectation that it will be very quickly replaced with copycat sites, of which several are already in existence: Atlantis, Blackmarket Reloaded and Sheep Marketplace, for example. In his book Peer Pressure, Troemel wrote that "there is an energy emitted from this contraband that no plaster mold or stretched canvas could ever project—the possibility of real risk, as opposed to the simulated risk of offending art history." Given that Troemel's interest seems to lie in contraband in general, rather than the Silk Road website in particular, one might expect this body of work to continue, if in a slightly different form.

Note: an earlier version of this story incorrectly noted the location of Oliver Francis Gallery as Houston, stated that the closure of The Silk Road "would put an end to" the series, which is not the case for the moment, and included an allegation that the Silk Road included "contract killers."