A collection of items from the Prosthetic Knowledge Tumblr archive and around the Web, taking a brief look at creative works that bring gaming literacy to the canvas plane.

Brent Watanabe and Cable Griffith, for(){};

Playable art by Brent Watanabe based on acrylic hand-painted canvases by Cable Griffith which function as the setting for a video game, with sprites projected onto their surfaces:

In for( ){ };, there is no beginning or end to the game, just collecting and wandering, birthing and consuming, an arbitrary point system rising until your inevitable death and the birth of another generation. It is a game mechanism without the game. An addictive but essentially aimless experience.
The piece is a triptych of playable acrylic paintings, controlled by the viewer using a NES controller. 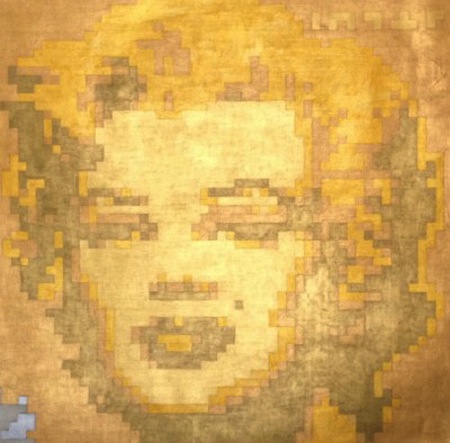 A collection of pieces by Ashley Anderson that were inspired by an act of appropriation: the famous Pop Art icon was used as a backdrop in the video arcade game Shinobi (SEGA, 1987). After discovering this, the artist then made a series of prints in which Marilyn's image is re-created using visual elements drawn from video game culture. 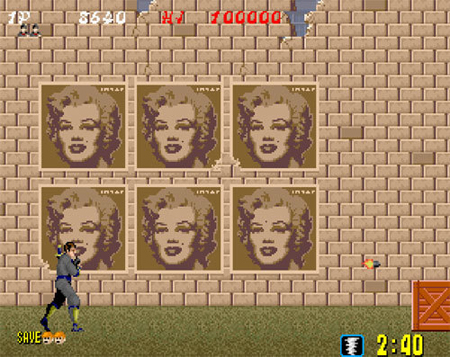 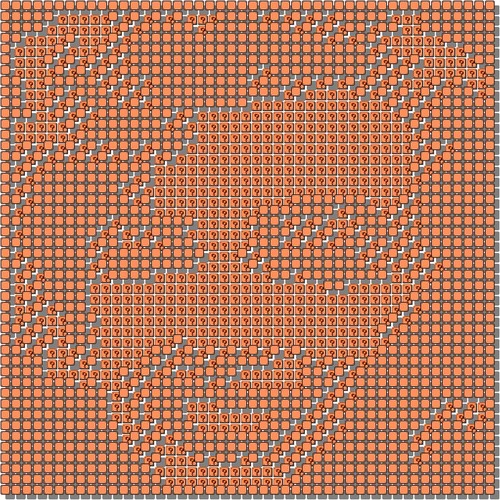 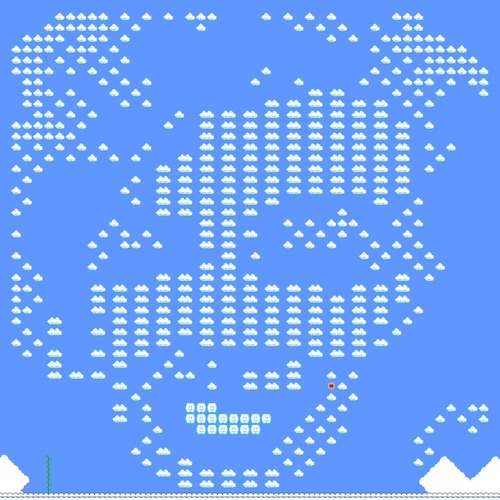 Here is a talk by the artist explaining the background to the series: 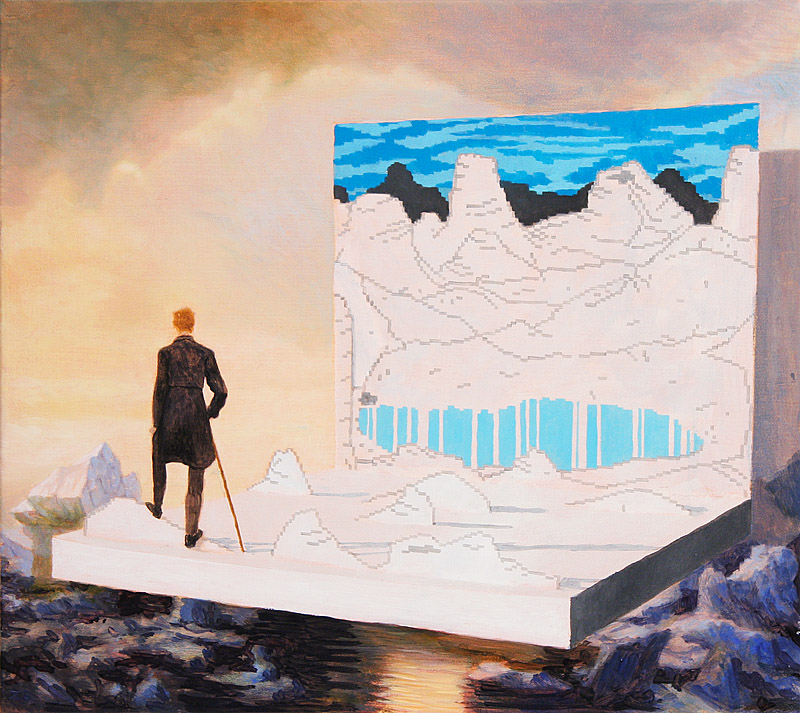 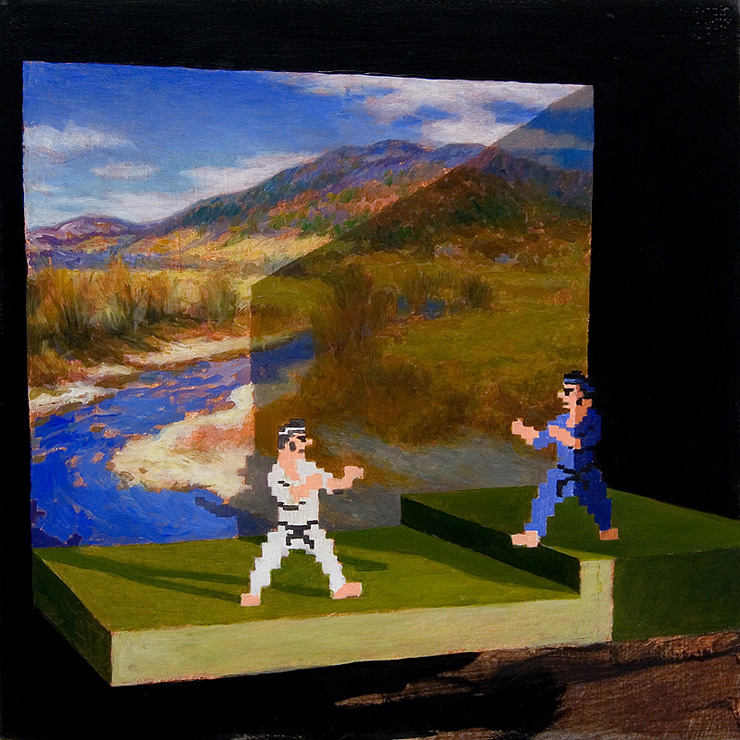 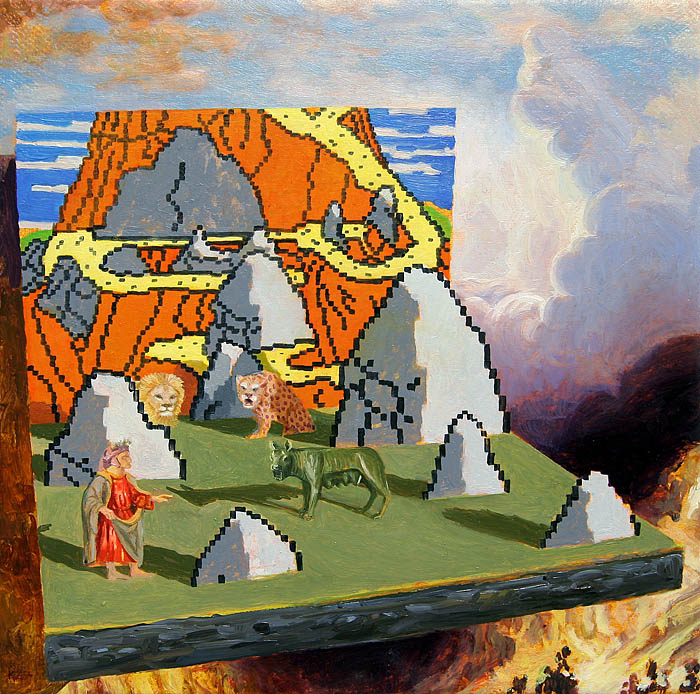 Zetterstrand’s work (since 2002) has combined space, perspective, historical fine art and the presentation of video games. As the artist explains,

I work with painting. For some years I have experimented with virtual still lifes, often in the form of stage design in which I explore how two-dimensionality (and painting) relates to computer-generated 3D worlds. I am interested in visual spaces created online, in computer games and 3D programmes, and especially in what happens when the illusion is shattered and the underlying construction emerges -like when there is a bug in a computer game. I am interested in visual failures, which I try to use in my painting. Among other things, I have produced paintings based on the landscapes that you can see only if you are “dead” in the online game Counter-Strike, and paintings with motifs created by crashed landscape generators used in film and computer game production. Presently my work process is like this: I start by sketching the motif in 3D on the computer, where I can move the scene about, rearrange pictorial elements, redirect the light, reposition the camera, and so on. I sculpt the architecture and the various parts of the environment and dress the parts in different textures, which I often sample from images of my own earlier paintings, from pictures I have found on the net and screen dumps from computer games. I also use a lot of material from my art archives, which comprises some sixty-thousand paintings. While working with a sketch on the computer, the simpleness of the tools means that I can follow my impulses and try out new angles, change backdrops and pictorial elements, redirect the light, rearrange the shadows, etc. For me, the 3D programme is a tool that I use intuitively when I construct my motifs. The scenes are often influenced by the dramatic composition of computer games, where familiarity with some kind of mythology is essential in order to play the game, in a similar way as an artist relates to art history. That the end result is painting is a prerequisite of my work. The physical aspect of painting and the space it allows for improvisation and painterly reformulations of the motifs are the most important parts of the process. You could say that when it comes to the painterly part of my work process, I improvise on a theme that I have determined on the computer. 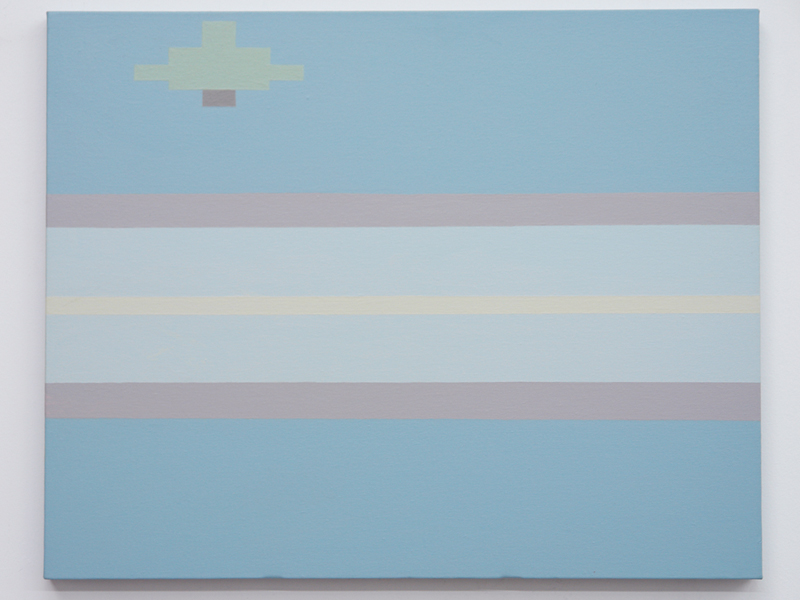 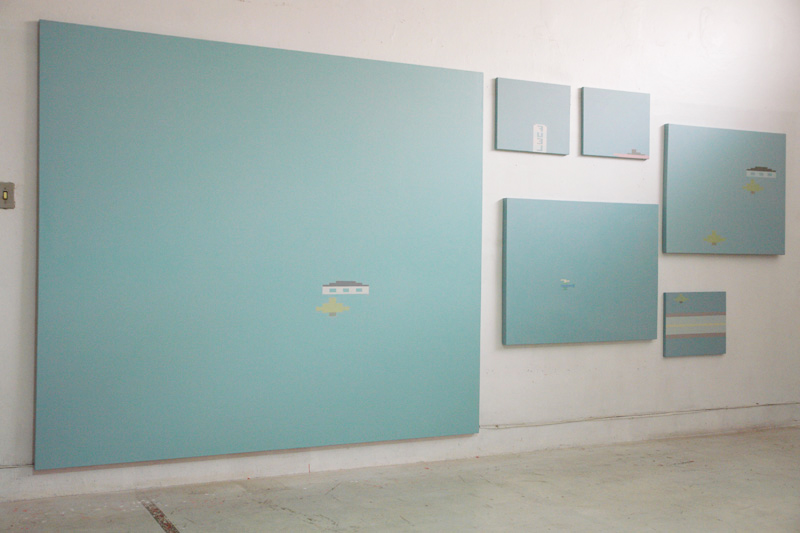 A series of paintings, made from 2008 to 2010, that are based on graphics and isolated sprites from the old Atari console game River Raid. 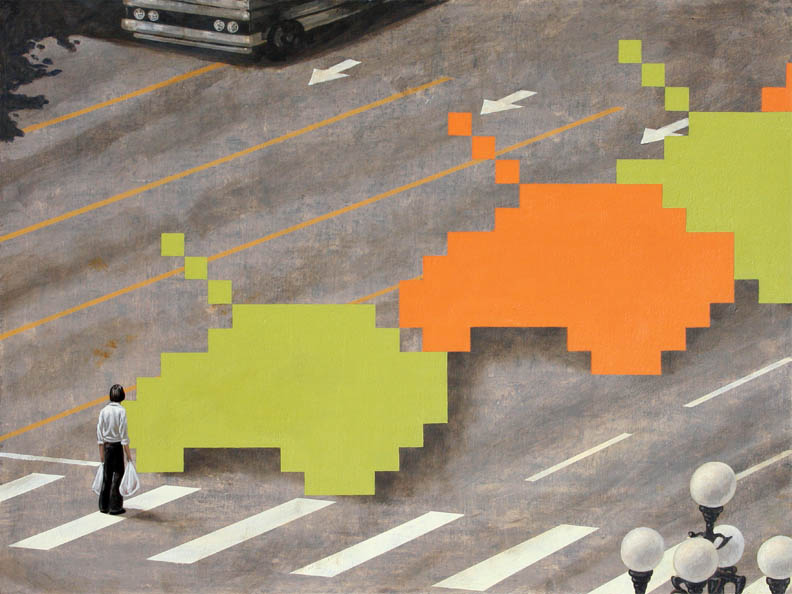 Following on from the Atari-inspired artworks by Shintani, this piece inspired by the game Combat was a submission to the Gallery1988 Old School Video Game Show.

Deadly Towers, a series of paintings by E*Rock based on the isometric level architecture of NES games.