Link Center for the Arts of the Information Age today announces the publication of a new book in the series Link Editions, titled Best of Rhizome 2012. Edited by former Rhizome editor Joanne McNeil, the volume is available both as freely downloadable PDF and as a print-on-demand book. 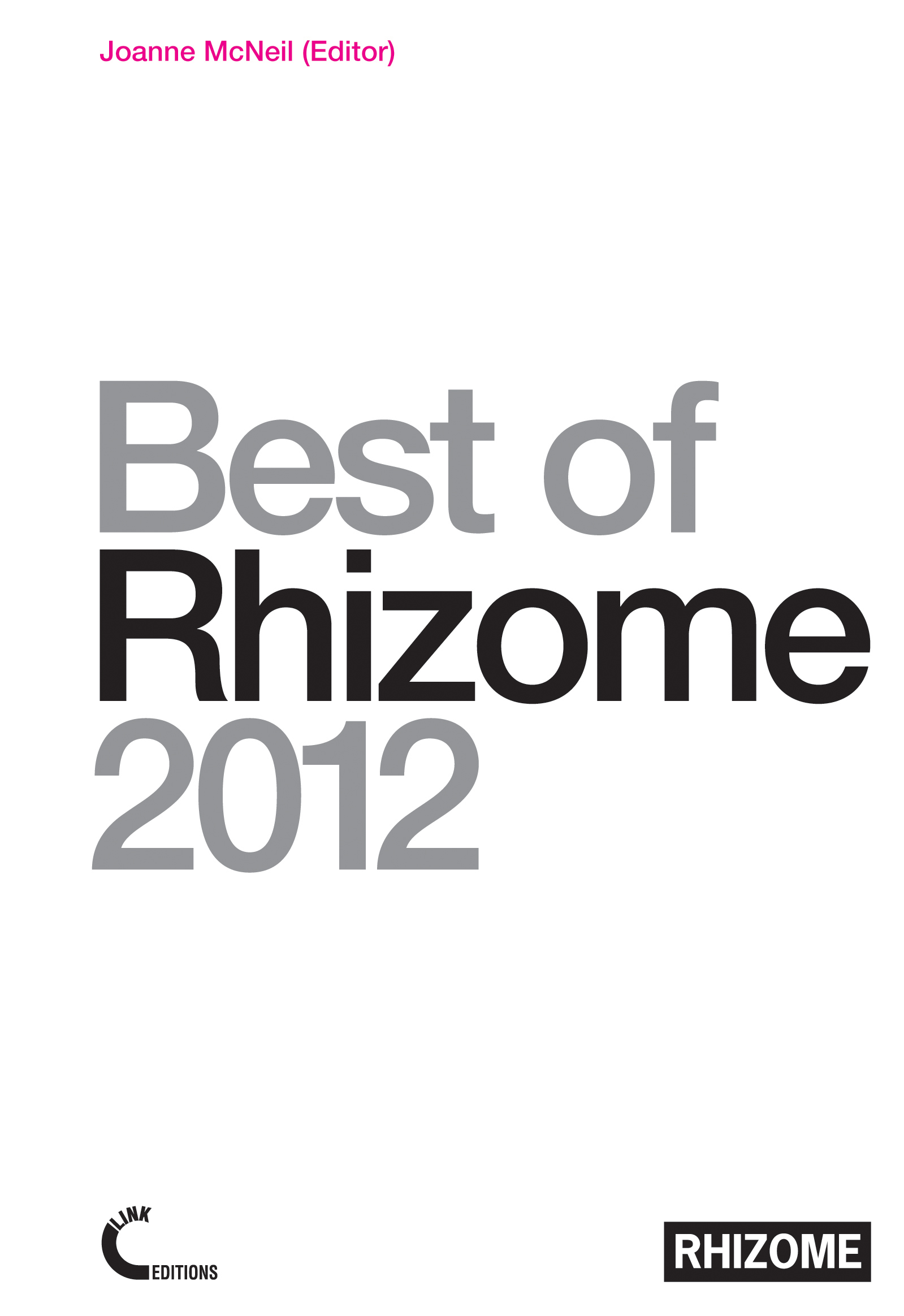 The volume features 23 essays that appeared on Rhizome in 2012, ranging from McNeil's conversation with Jonathan Lethem to Jason Huff's consideration of desktop aesthetics. Together, the essays form what Rhizome Executive Director Heather Corcoran calls, in the book's forward,

...not just a best of Rhizome's work, but a portrait of the year that we hope will gain significance over time for its contextualization and articulation of artists' practices. Artists are predictors and barometers of change, and sensitive to their cultural surroundings. From texts on production in the digital age, to the influence of the Occupy Movement, from drones and surveillance, to online vernacular – these collected essays give a sense of what was informing artists' work, and by extension culture, in 2012.

We extend our special thanks to Domenico Quaranta for making this possible, and all the writers in 2012.