Younger than Rihanna
By Harry Burke 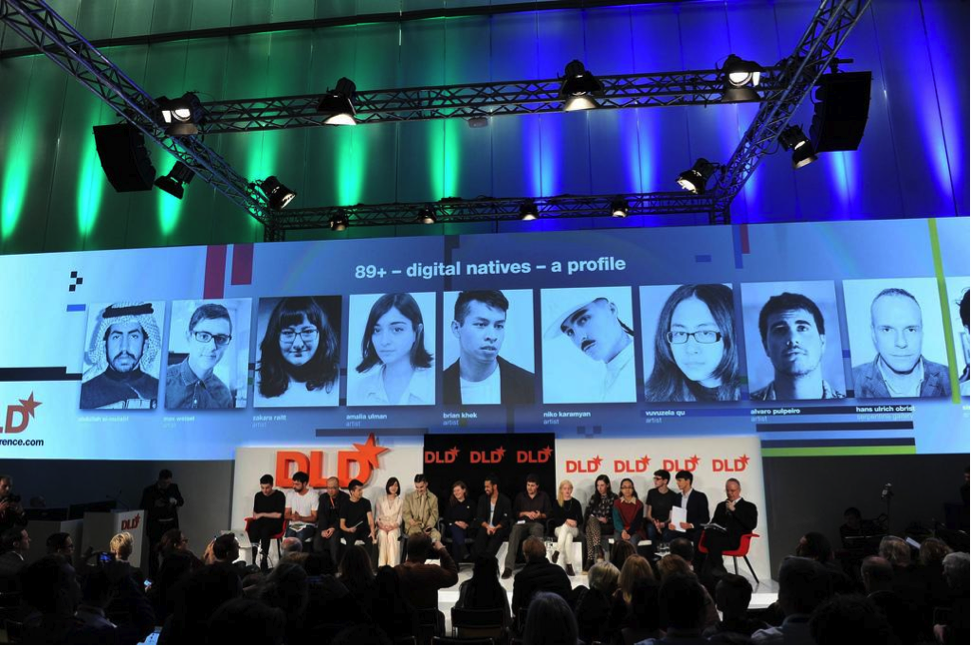 In 2009 the New Museum played host to its inaugural triennial, the now famous “Younger Than Jesus” Generational. Taking its name from its restrictive age limit, the exhibition proposed a survey of artists aged 33 and younger, which is to say, born after 1976 (Jesus was born before). Art has long fetishized youth, and neither the show’s curatorial premise nor title are particularly shocking; scrolling through the reviews online we find business as usual round ups of a “business as usual” show. Yet this if anything seems the exhibition’s strength, coming across as an app-store of reactions to what was then emerging as a new, networked normal. It’s enticing today to flick through the detailed catalogue, checking which artists you’re now Facebook friends with, and which artists you still secretly idolize.

Such is an interesting moment to bear in mind when thinking about this year’s DLD art panel in Munich, assembled by Hans Ulrich Obrist and Simon Castets, whose curatorial remit of “89+” seems almost tongue in cheek by comparison. If Douglas Coupland bizarrely suggested “The Diamond Generation” as an appropriate tagline for this group of fluidly networked and distributed digital natives, “Younger Than Rihanna” might have been more fitting, seeing as Forbes’ fourth most powerful celebrity of 2012 would have been too old by a matter of months.

The theme for this year’s conference was “Patterns That Connect”, but the words on everyone’s mouth were big data. Big data is the accumulation of massive data sets, and allows for the tracking of behavior in previously undreamt of ways - just think of the sorts of comparisons Facebook Graphs allow us to conduct on the people that surround us. Albert-László Barabási summarized it accordingly in a keynote on the final day: “Our behavior can be now tracked in a very objective manner, and we can start asking quantitatively: how do we really behave?” It is tempting, if at the moment still humorous, to view the 89+ project in this context, as a powerful mapping tool able to screen capture artists straight out of art school and plot their shifting network ties through their career. Indeed, the first network maps of those involved in the project have already been produced. As Barabási later concluded: “Where you are defines what you do.” Yet right now, and at the immediate birth of the project, it is probably enough to make some initial observations—or at least provide some cannon fodder for future critique.

If new, socially driven technologies are responsible for enabling a project of this scale, what was perhaps interesting about the artists brought together was the degree to which they hadn’t networked previously with each other online. Perhaps this was due to a desire for globalism in the curation, but most of the artists in Munich were both meeting each other and finding out about each other’s work for the first time (although they will undoubtedly remain in touch following the event). For a generation famous for its social media saturation, this was perhaps surprising. However, and as testament to the series of distributed conversations that pulled this group of people together, what this maybe points towards is a renewed localism within art networks; artists that network through a small number of strong, geographically-centered ties rather than a more dispersed variety of weak ties. Amalia Ulman and K-HOLE, the best travelled of the participants, had the most network ties because of their ability to travel between these various locals, a phenomenon engrained within but not reducible to their social media outreach.

Further, none of the artists involved were brought into the panel to talk about the art they had produced, even if this is what some of them inadvertently did. What’s differentiated the political movements of the last three years from their historical precursors is that they have reversed the order of political action. Whereas previously a unifying demand would have to be decided upon as a way to invoke political organisation (an economy of scale best achieved by unions and political parties), today it has become more common to see the opposite—for a critical mass of people to network together and then decide on a demand. Social media has radically impacted the possibilities of political organisation; we’re still working out how to use it, and art can be an enticing field for doing so. Not only does a similar technology bring into dialogue a group of artists at the beginning of their careers, but it also presents them to a world stage before they have had a chance to fully develop their work. This is prefigurative art making in an audacious way.

It seems strange to imagine any artist will make a great artwork in 2013; we’re today much more versed in a currency of projects and practices. Ulman’s presentation was indicative of this shift, as she chose to present her research - a socio-ethnographic exploration of teetering economies through the embedded eye of the selfie - as opposed to any more straightforward art object. This was both canny extension of a personal brand within DLD’s quintessentially absurd architecture (anyone interested can always browse her work online), as well as an important centering of the real-world economies that envelop this concert hall in Munich. Brian Khek was clear in his emphasis of this too, if overly sensitive of recession as opposed to some of the more structural issues implicit within current economic crises. What DLD presents is the opportunity for a group of artists to develop their practices in tandem with the very economies and structures that maintain them, and in fact face these structures at their most blatant and abrasive. Artistic agency lies in the degree to which these structures are incorporated and subverted.

Between every panel they had a brass band stationed by the main stage playing covers of current pop songs, most memorably Carly Rae Jepson’s “Call Me Maybe” interpreted as patriarchal swing. It was a shame they never played Rihanna, as this would have provided the perfect soundtrack for when the video emerges on YouTube. Yet as much as she provided perhaps the main point of solidarity between those participating, Rihanna embodied in many ways a more ominous presence at the conference, providing an interesting point of contact with the previous year’s “Ways Beyond the Internet” panel. For the assembling of Aids-3D, Oliver Laric, Ed Fornieles, Rafael Rozendaal et. al. at the unabashedly corporate conference has marked a highpoint in interaction between nascent counter-institutional internet practices and mainstream capitalism; a tension that was to be made forthright with the panoply of Greek New Media Shit throughout Rihanna’s recent performance on Saturday Night Live. This is not to claim this as an inherently good or bad thing; art today is embedded in a culture of elitism and high finance, and any sort of political resistance it permits will have to emerge from within this connubial relationship.

What this moment does mark however is an awareness, that is no longer viable to maintain an binary between insider and outsider art practices, that sooner or later all forms of oppositional culture will have to interface with the mainstream. Traditional computer devices are fast being replaced by the more malleable notion of interfaces as they disintegrate into our daily lives, yet we would do well to think of the more expanded meaning of the word, as that of our interaction with social and structural discontinuities in general. Coupland may not have branded this group the “Interface Generation”, but they could yet earn this term.

1989 may have been the year they invented the Internet, but it was also the year of the fall of the Soviet Union, and the intensification of neoliberal capitalism’s project of rampant globalization. For better or worse, these are today still the dominant narratives within our culture, and provide the material for the majority of art as presented on the panel. For a generation of the “graduate without a future”, and emblazoned with debt before able to work out what they just spent all that money on, it makes sense that eight artists should find themselves on a stage at one of the most established corporate conferences - it is as perhaps natural a reaction as squatting in the 1970s. It is not wrong therefore to view the 89plus project with this degree of historicity, and in fact of urgency, to reclaim that famous word. Its form, format and communicative potential are all genuinely new, if not unprecedented. The prerogative this creates is to be more than this, however. To fetishize newness not for its own sake, but in relation and constant disruption to overarching narratives. To make urgency into action, even if that action is by way of a selfie.

Or else it’ll be exhaustion by the time they reach Jesus’ age. 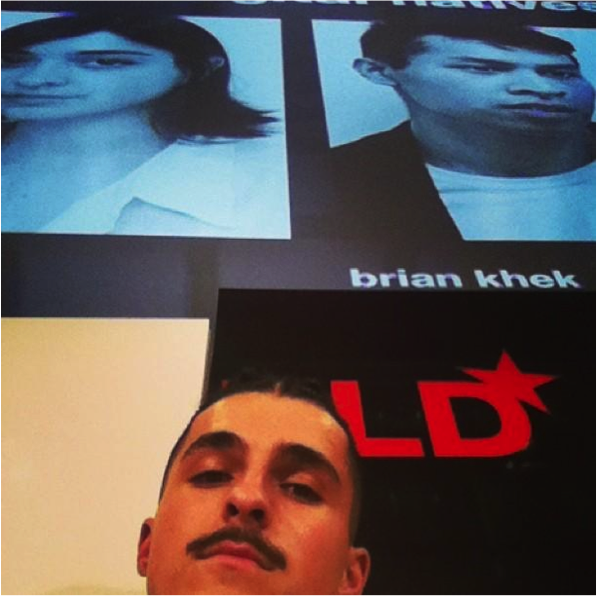