A Network for a Space: Auto Italia South East Moves Into King’s Cross
By Stephanie Bailey 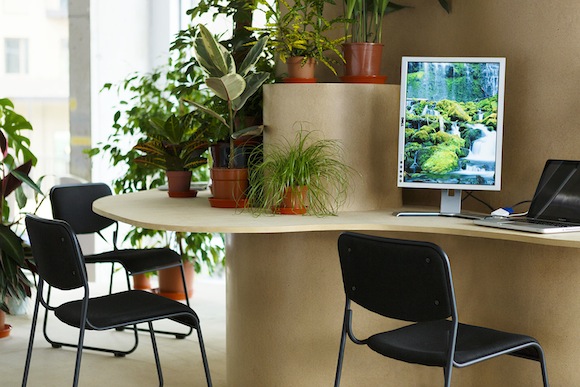 Auto Italia South East is no stranger to precarity. The inaugural event for this artist-run project’s new space located on York Way in King’s Cross was a conference titled "Immaterial Labour Isn't Working" (20th April—12th May 2013, organized in collaboration with Huw Lemmey), which built on and extended a growing international discourse surrounding art and labor. The title was suggestively open-ended. It could be taken to mean that immaterial labor—the post-Fordist condition in which work is based on knowledge, and may not even be recognizable as work in a traditional sense—leads to untenable and precarious situations for workers. Or, it could be taken to mean that immaterial labor isn't work at all, because it is so close to leisure.

Contextually speaking, Auto Italia's new space was perfect for such discussions. It is right in the middle of a major urban redevelopment program that has transformed what was once a down-and-out neighbourhood into a gentrified paradise (or paradigm), set to include the largest new street in London since Kingsway was completed in 1904, and a public square that will surpass the scale of Trafalgar. The relocation marks a new beginning for a project founded in South East London, where, in 2007, Auto Italia established its first space in a disused warehouse in Peckham. As the story goes, the founding artists (who were initially squatting) brokered a deal with the owners to inhabit the space almost rent-free until it was demolished (they only took care of the utilities bills). It flourished as a 21st century creative agency with a desire for autonomy despite its precarious existence: a collective that worked towards producing ideas and projects through collaborations, conferences, artist happenings and all-out productions.

Although Auto Italia is perhaps best known for its online video series, AUTO ITALIA LIVE!, many of the contradictions that the group wrestles with stem from their use of physical space. Independent initiatives such as this one are always subject to the realities of rents and the need for funding. And while this was somewhat relieved when Auto Italia became an Arts Council England's National Portfolio Organisation in 2011, the practical considerations of simply surviving are a central component of Auto Italia's project. For example, their 2011 event "We Have Our Own Concept of Time and Motion" (in collaboration with Federico Campagna, Huw Lemmey, Michael Oswell and Charlie Woolley) examined the concept of self-organizing—a concept embraced, in differing ways, by the leftist Italian Autonomist movement as well as the neoliberal capitalist movement—while focusing discussion specifically on Auto Italia's own position and practices, and the contradictions therein. 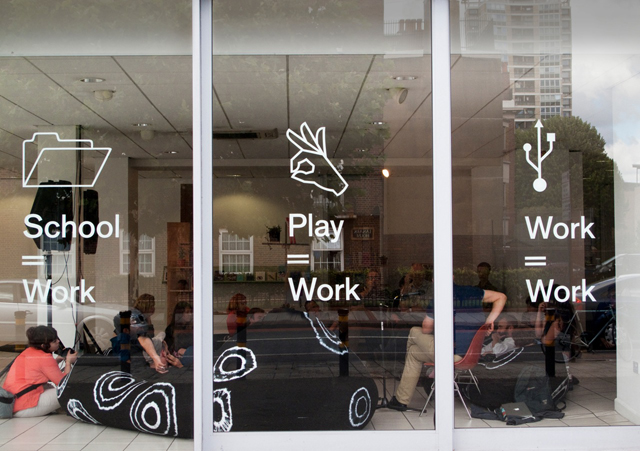 Auto Italia in collaboration with Federico Campagna, Huw Lemmey, Michael Oswell and Charlie Woolley. We have our own concept of Time and Motion (2011).

Auto Italia inhabits its new space in King's Cross as part of an agreement with King's Cross Central Limited Partnership, the private company developing the 65 acres of former railway lands in North London into business, residential and leisure complexes. They don't know how long they will have this place, and are acutely aware of how they have been implanted in the development to add a certain "hip factor" to the area. Almost by default of location and context, the project's presence in King's Cross performs an encounter with the market forces that are defining and shaping not only how independent practices today survive (or not) but also how societies and, indeed art practices, operate. (Central St. Martins' new campus is only a short walk away.)

Perhaps this encounter with the market is what prompted Auto Italia’s second project, Recent Work by Artists, which not only riffs on the trend for galleries to present group shows during the summer lull (this is not a Chelsea gallery, after all), but also references (through the production of a literal island installation) John Donne's well-known observation that no man is an island since each is part of a whole (or a main). Designed and constructed with the collective efforts of Tim Ivison, Julia Tcharfas, George Moustakas and Rachel Pimm, the space is almost entirely taken up by an "island"—a curvilinear, multi-level structure that rises up from a bright blue sea of carpet, providing a platform for a range of indoor houseplants and for Auto Italia's office, which somehow becomes the "artwork." It feels like a themed crèche, or maybe even a Google workspace. The edges of an internal column have been padded with gym mat; there is another, smaller island (a gym mat cut into shape) with a coffee table. Dotted around are books, photocopies, mugs with holiday themed photos printed onto them and a screen presenting a screensaver-like image of a waterfall. Events and talks have been scheduled, including a reading group for the book Experiences in Groups by R.W Bion (1961) and a site-specific conversation featuring Anthony Iles in conversation with Tim Ivison titled “The Real Estate Show: A Discussion on Art and Urban Development." 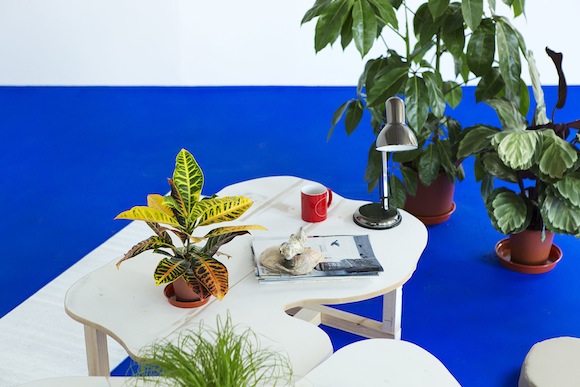 Recent Work by Artists is a performance of immaterial labor; visitors to the space can see and interact with artists at work—on the phone and the computer, rather than on paper or canvas—on a daily basis. Like "Immaterial Labour Isn't Working," the project is an attempt at foregrounding and working through the contradictions faced by artists in a neoliberal economy. In keeping with Autonomist thinking, it does not seek to burden individual artists with the need to resolve all of these structural contradictions. Rather, it showcases an attempt at maintaining a viable, working and thriving creative space embedded within the claustrophobic (and changeable) flows of neoliberalism. A productive island, so to speak—"cut off" perhaps, but networked all the same.