The glitch aesthetic is now mainstream, appearing in Wreck-It Ralph, Adventure Time, Man of Steel and even Skyfall, and when we see it we immediately recognize it. What constitutes a glitch can be contradictory—some can be genuine errors, others merely noise. What they all have in common is a broken appearance interrupting, for a moment, the seamless design of human media consumption, an embrace of encryption entropism.
The pop-cultural examples listed above mostly involve two-dimentional signal errors, but the polygon glitch, in contrast with these, is more sculptural. Polygons are used to model 3D graphical environments in real time (particularly for video games), resulting in a carefully constructed realism that often breaks down momentarily, which means that polygon glitches are familiar to players and developers alike. Processing power and software availability has brought such glitches into further dimensions of visual complexity, with richer palettes and lighting. Tools that were originally designed for 3D construction and online game environments have now become interactive canvases for creative or accidental sculpture, a pseudo-Vorticism.
Below is a collection of examples which highlight this aesthetic.
Halo 3 On A Broken XBox
A gamer who goes by the pseudonym Thos submitted these 3D distortion errors captured while playing the video game Halo 3: 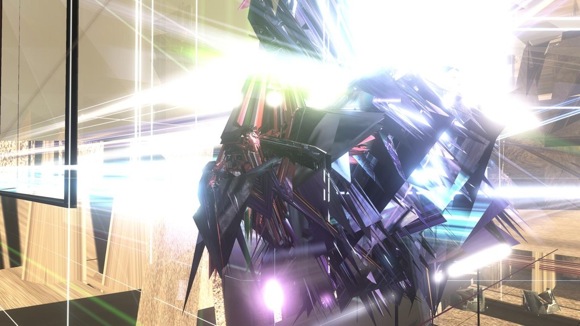 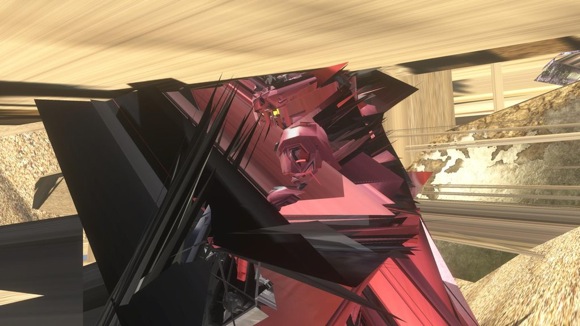 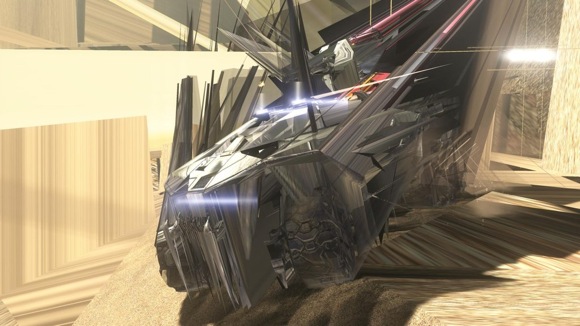 More images with commentary can be found here.
Circuit Bending The Sega Saturn

Many of those interested in glitch aesthetics are familiar with the act of circuit bending—while running an electronic device (such as an old games console), apply contact to the circuitry to affect the data output (which could be audio or visual).

This has usually been put into practice with old 8-bit or 16-bit gaming consoles such as the NES and the Sega Megadrive / Genesis. Due to the technical limitations of these machines, the output comprised 2D graphics and a limited range of sounds. Up to this point, it is hard to think of an example of circuit-bending that made use of subsequent generations of gaming hardware, which were designed for 3D graphics. (Ed. — if you know of examples of 3D circuit bending, please leave them in the comments below.)

Big Pauper (Panzah Zandahz) of circuitbentvideo.com found an old SEGA Saturn, one of the first consoles to specialize in 3D gaming and sophisticated audio. With this, he started experimenting and documented the results. He writes:

Had no plans of getting in to the gaming mods.  I figured it was a pretty well charted and explored field.  It wasn't until I found my beloved model one Sega Saturn in grannie’s attic that I thought, "my old friend, i wonder what secrets you keep."  A little internet research (not the end all be all, I know) led me to realize that there isn't much next generation gaming bends being explored out there.  If there is then people aren’t posting it.  Even the Playstation, seen in Goodwill stacks the world over, seems to have eluded the recent wave of electronic curiosity.

Upon opening the Saturn I found out why.  It's a very complex machine with very tiny components.  One would need tweezers and a microscope to get anywhere with this thing (sound familiar? hehe).  That’s the problem with modern circuitry, it’s all so goddamn mini.  Mini, yes, but I would argue that it's mythic there has been an increase in stability.  Electronics that generate graphics will freak the f**k out if you hit 'em just right regardless of whether they are from 2011 or 1991.

There are some great audio and video examples - here is my favourite, a glitchy Virtua Fighters example with crazy Ganz Graf-like reactive and unpredicatble polygons:

Also, here is another which is like a crazy polygon collage:

There is more to examine; you can find out more about this project at the circuitbentvideo website here.

A collection of databent 3D interactive glitch models put together by Jeff Donaldson aka notendo, exploiting Z-plane rendering errors commonly known as "Z-fighting." (Z-fighting is most often seen when two planes occupy the same level in space, with neither in front of each other, causing them to flicker and interfere with one another.)

Above are Gun and Try, which you can play around with yourself here and here.

These abstract polygon representations in 3D sculptural form by artist LaTurbo Avedon are part of a series of portraits of creatives and their followers based on the subjects' Facebook profile photos. 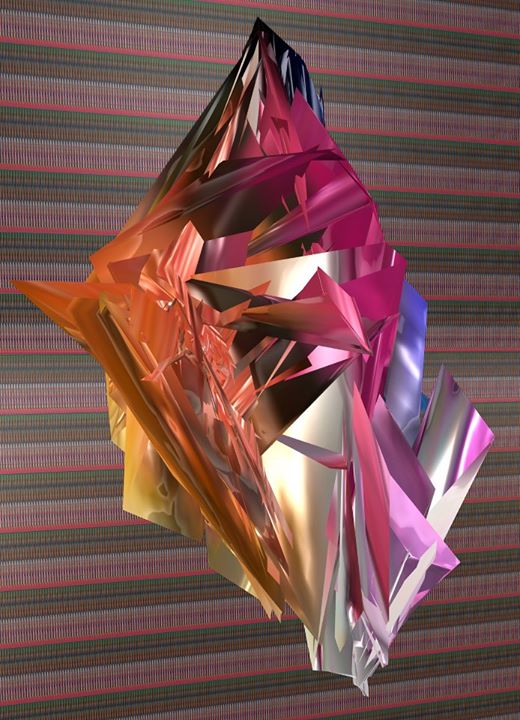 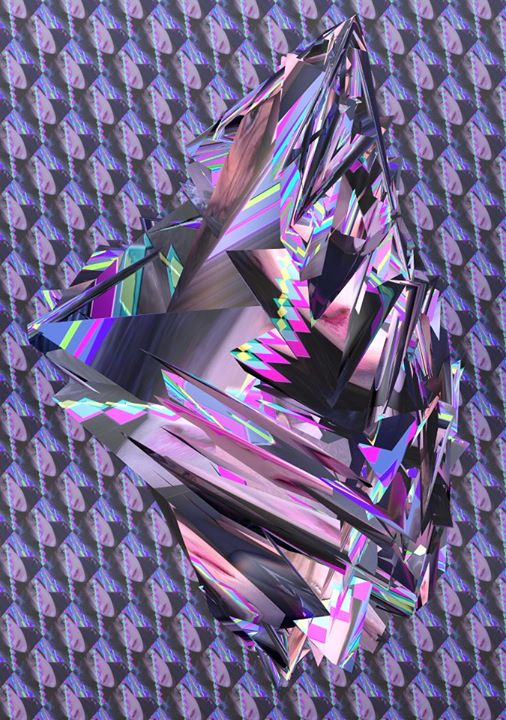 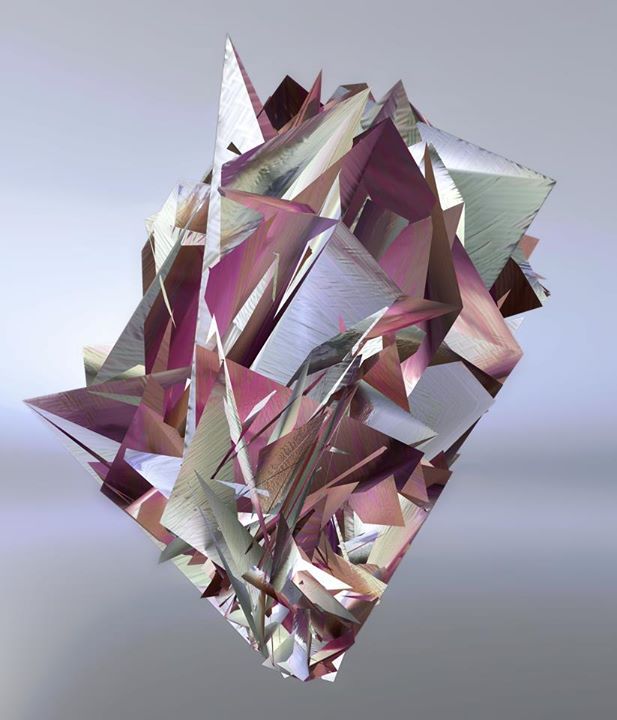 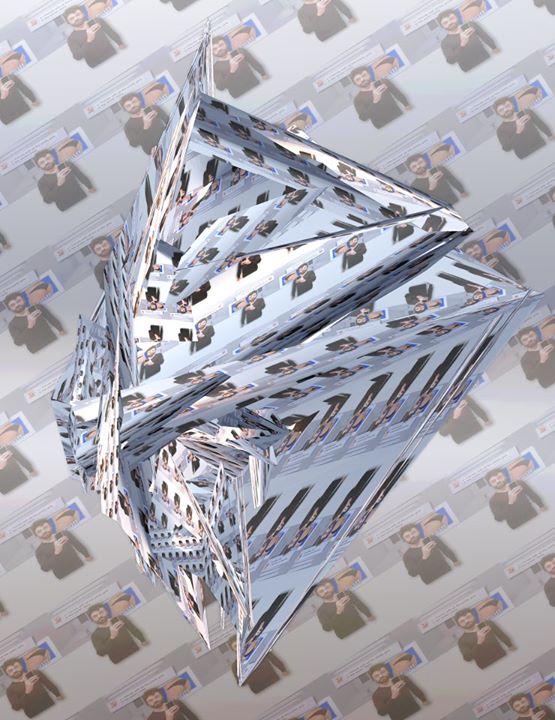 You can view the entire series of portraits at Gallery Online.
Artist's website.

Posada, an artist who works with 3D modelling software, creates works with beautiful distortions and textures: 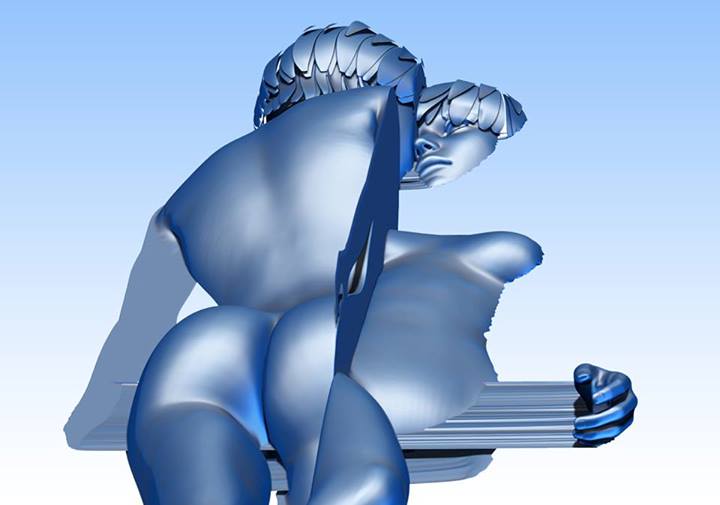 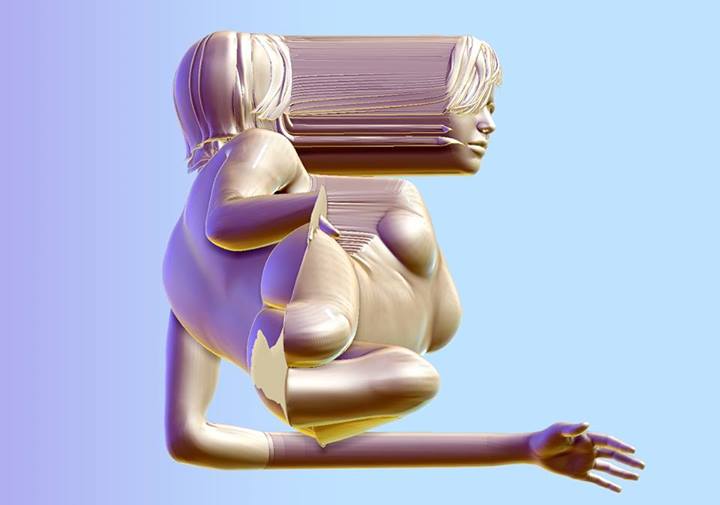 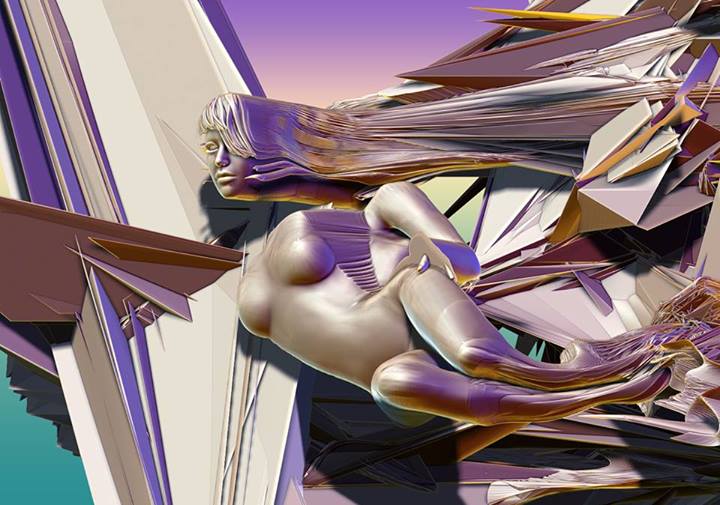 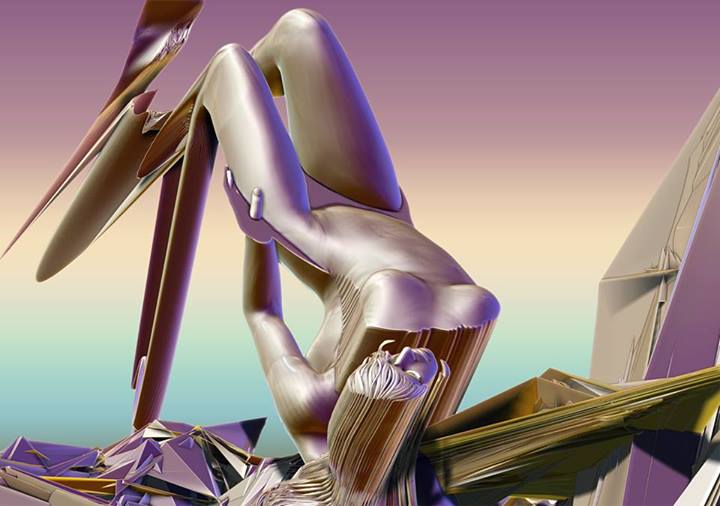 More of Posada's work can be found at his Facebook profile.

Rosa Menkman (http://rosa-menkman.blogspot.com/) does a lot of this kind of work, too. As do I: http://alexmyers.info

Alex, the latest Prosthetic Knowledge post (this time on the theme of Net Artist Music Videos) includes a work by Rosa. http://rhizome.org/editorial/2013/aug/28/prosthetic-knowledge-picks-net-artist-music-videos/

Aw shucks, Nick. I created an account here just to state for the record that although I love LA, and lived there for some time, I'm based in SF.

@pixlpa SO SORRY BOUT THAT!!! should have double checked local before posting >_<

@Nick so true! Thanks for pointing them out. I meant to come back and leave a much more detailed list of other artists polygon-glitching, but it slipped through the cracks.

I think it's pretty cool to see how one simple shape can produce all of this art. By watching the videos, I see that the Z Fighting technique is similar to how they created the characters from Shrek (I looked at "The Making of Shrek" on my DVD). I never would have guessed that they used the Glitch Aesthetic for Adventure Time. I thought the Adventure Time characters were just drawings and paintings and maybe a little bit of computer graphics. However it makes sense though since technology is advancing, so we have to advance as well.

Since I'm planning to become an animator for Disney, It's good that someone posted this. Learning about the polygon glitch and the other techniques will help me to get an inside look at 3D animation. I never would have guessed that the Sega Saturn had a tiny circuit in which there were glitches. I guess there's a lot more to video games than just playing them. Overall, this post is very interesting and I'm eager to learn more about computers so that I can fulfill my dream of becoming an animator. Again thanks for posting!