Art & Technology According to Powhida and Townsend
By Michael Connor 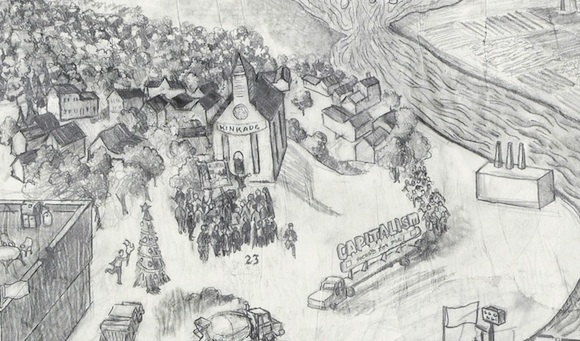 William Powhida and Jade Townsend's drawing Bellum Omnium Contra Omnes is a depiction of the art world as a medieval battlefield populated by warring factions, complete with a legend identifying each faction in language that is part literary epic, part incoherent rant. It's an excellent time-waster, both funny and irritating. For example, one part of the drawing depicts a suburban hinterland where burghers gather outside the church of Thomas Kinkade (above). Steve Lambert can be seen rolling by with his "Capitalism works for me!" sign, one of only a few artists found in these uncharted middlebrow realms. (Lambert toured the large sign across the US, asking people to vote on whether the sign is true or false for them.)

The drawing includes its share of art world notables, but it pulls no punches when it comes to the kinds of artistic practices that Rhizome supports. The detail below shows the new media factions within this Boschean Where's Waldo? (there is a separate Tower of the Moving Image as well). The computer on the left represents the "Virtual New Media Universe," in which "internal factions resist any efforts to be drawn out into the desert of the real." The robot factory represents the "New Aesthetic Maker-Bot Army," which is called out for its "tenuous alliance" of different discourses "that aims to destroy the problem of subjectivity and seize the Dark Tower." Then there's the "Pseudo-Science Observatory" that is devoted to "the appearance of scientific inquiry as practice;" the "8-bit Gamer Artists led by their General Corey [sic] Arcangel harness the great power of nostalgia." 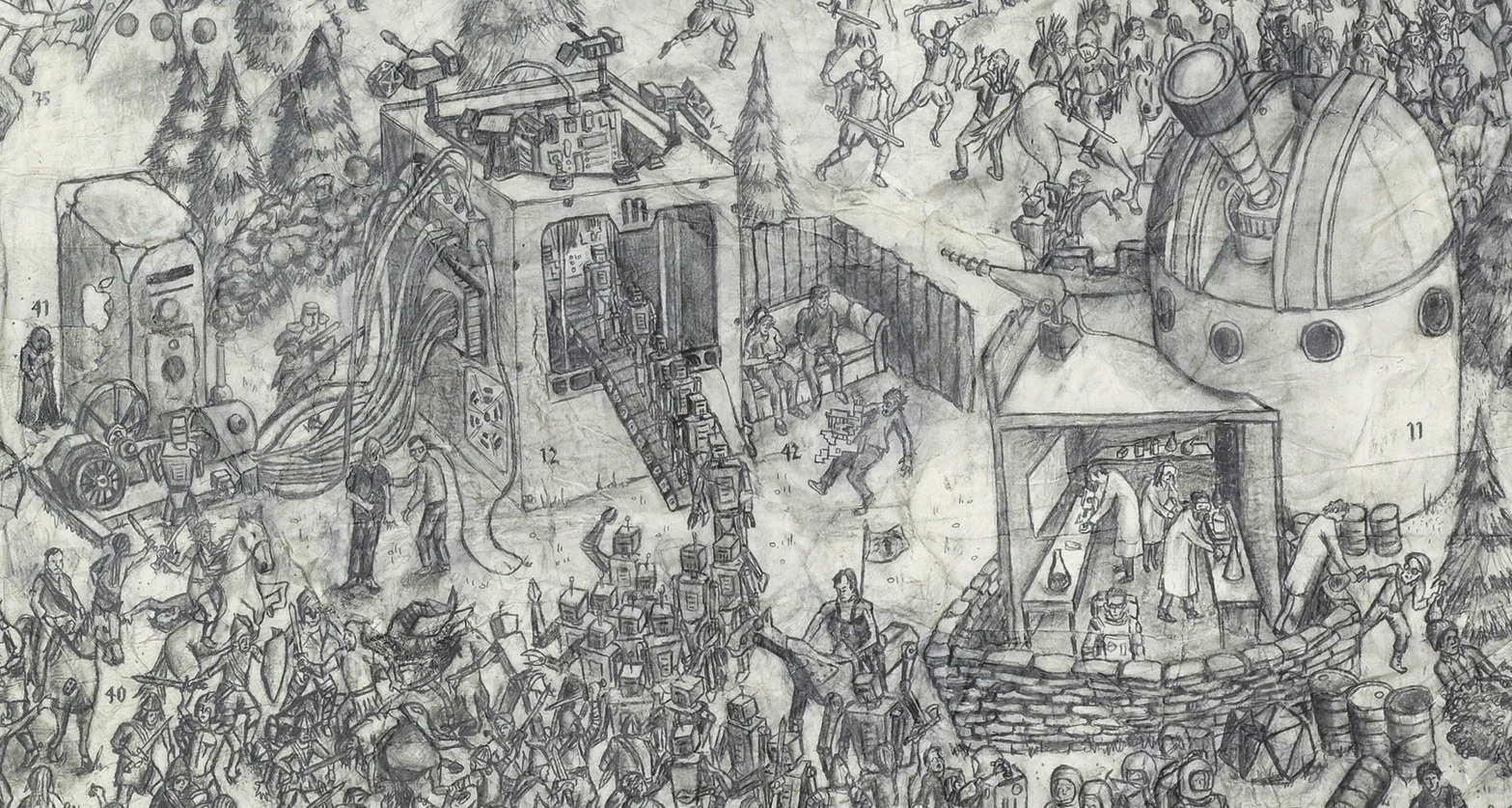 Despite the vitriolic generalizations of...well, basically all of us, the drawing does make it look like some cool things are going on there in new media world. (A huge telescope! An old Macintosh! Robots!) Keep it up, people.

The drawing is on view at Freight + Volume until September 7. Via ARTnews.