Allan Sekula, artist and author of such indispensable texts as "The Body and the Archive," passed away over the weekend. While Sekula's primary medium was photography, his work had no small relevance to questions that surround art and technology, and is well worth revisiting in the wake of this sad news. Among his works that have been circulating on Tumblr over the past couple of days are his 1999 work Dear Bill Gates. The work involved a photographed action in which the artist swam as close as he could to the Microsoft founder's house.

Sekula described the work as follows:

Recently I wrote a letter to a man who embodies the new paradigm of the global archivist, the facilitator of the new virtual and disembodied family of man. He's no Steichen, since he refuses the role of the grand paternalistic editor, preferring in a more veiled manner to manage the global archive and retrieval system from which any number of pictorial statements might be constructed. In effect, he allows his clients to play in the privacy of their homes the role of mini-Steichen, perusing vast quantities of images from around the world, culling freely-but for a price-with meaning in mind.

I made a point of typing the letter on an old manual typewriter, and of sending it anonymously: both neo-Luddite gestures of sorts. The first gesture befits a world of slower communications. In the old days, messages contended with the weather, with "rain and snow and heat" as the old slogan of the U.S. Post Office would have it. As you can see, my old-fashioned letter is appended to a documented action that pushes to an extreme this idea of meteorological resistance to communication

The date of the letter, possibly suspect in light of evidence yet to be introduced, underscores the neo-Luddite resort to the manual typewriter, since it marks the very day of show-stopping mass protests against the World Trade Organization in Seattle, the hometown and current residence of Mr. Bill Gates.

And the text of the letter:

I swam past your dream house the other day, but didn't stop to knock. Frankly, your underwater sensors had me worried. I would have liked to take a look at Winslow Homer's Lost on the Grand Banks. It's a great painting, but, speaking as a friend and fellow citizen, at $30 million you paid too much.

HIGHEST PRICE EVER PAID FOR AN AMERICAN PAINTING!!!

So why are you so interested in a picture of two poor lost dory fishermen, momentarily high on a swell, peering into a wall of fog? They are about as high as they're ever going to be, unless the sea gets uglier. They are going to die, you know, and it won't be a pretty death.

And as for you, Bill, when you're on the Net, are you lost? Or found ?

And the rest of us—lost or found—are we on it, or in it?

Throughout his life, Sekula was always on the side of those who struggled through the waters both literal and figurative, rather than those who stayed high and dry. He will be missed. 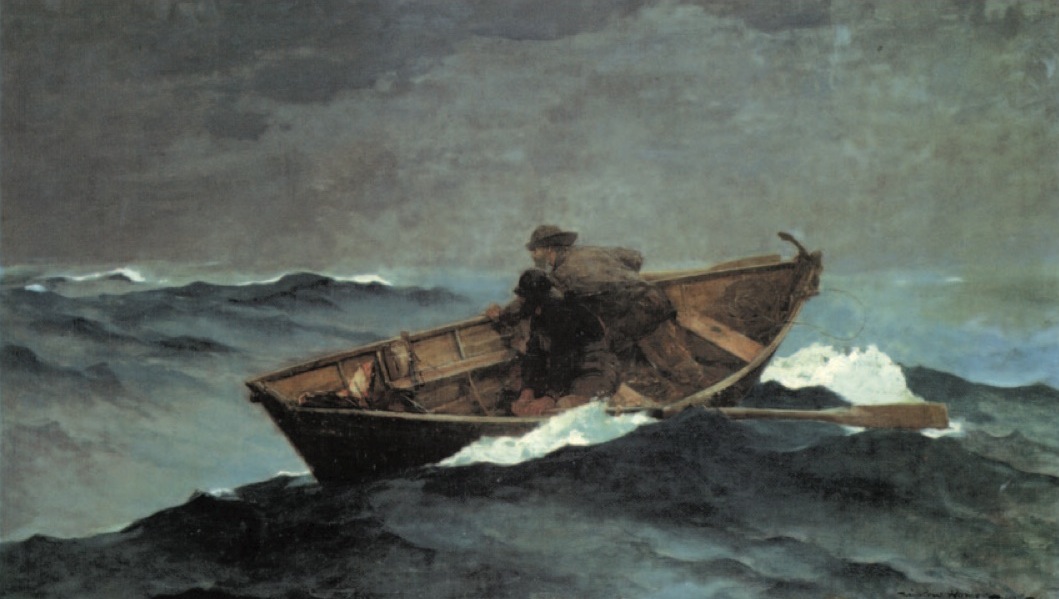