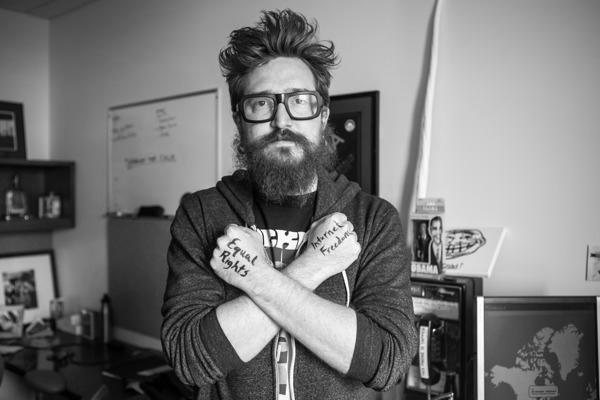 On Reed’s website (subheaded “Probably one of the coolest guys ever,” by the way), alongside the bio, blog, flickr stream (don’t be surprised there isn’t an Instagram feed, the man’s not mainstream), and blog, there is also a “books” section. Apparently, for the past ten years, Reed documents all the good books he read. And he reads a lot, “without rhyme or reason,” according to him. No one would be amazed to discover that The Catcher in the Rye, Herman Hesse’s Siddharta, or Wittgenstein’s Tractatus Logico-Philosophicus made the list. Asimov and Arthur C. Clarke are even more obvious. But John Medina’s "Brain Rules" series—Brain Rules: 12 Principles for Surviving and Thriving at Work, Home, and School and Brain Rules for Baby: How to Raise a Smart and Happy Child from Zero to Five—may catch you a little off guard. And Ayn Rand’s Fountainhead, Atlas Shrugged, and The Virtue of Selfishness are even more of a surprise.

Especially for someone who was the chief technology officer for Obama’s 2012 reelection campaign. It could fall under the rubric of “know your enemy” (considering that the enemy, at the time, couldn’t get enough of talking about Rand), but it’s mainly the result of an inquisitive nature. It seems like Reed would try anything—a week sans Internet included—to examine how we consume information and interact online, and what can come of that. The praise Obama for America received for its technological innovation is one extension of this curiosity: it creates new models for working collaboratively, online and offline. 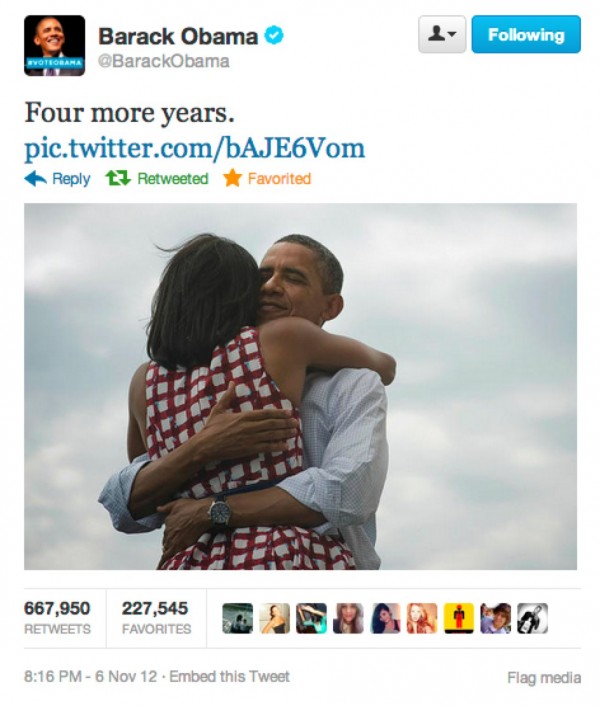 This image came to symbolize the Democratic victory over Republicans in the technological arena. It's an optimistic image that targets a wide audience with a personal message. And it became the single most popular image on both Twitter and Facebook: yet another proof of the effectiveness of social media in an election campaign.

Obama for America was a grand experiment in the way technology could potentially modify politics. The Obama campaign invited Reed, as part of a team of engineers, to develop a data platform that allowed the campaign to track voters and volunteers in real time in order to microtarget voters. Reed worked with about forty programmers, engineers, and scientists to build the platform (compiled of a number of different software that did everything from analyzing Facebook information to matching volunteers with potential voters) that arguably won the recent election. Months after the election, the Republican Party is still busy churning what-went-wrong reports and strategizing on how to catch up in future election cycles. 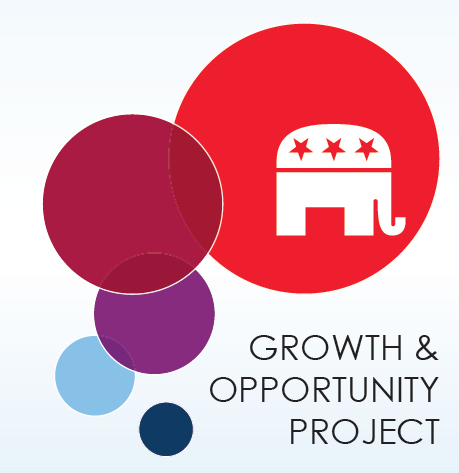 Had the technology team for Obama for America failed, we would be thinking differently about the role of technology in politics. It sounds like a lot of entrepreneurs’ dream: bring together a lot of talented people who have a sense of mission and a project (and an enormous budget) and see what comes up. The fact that they created a functional and successful structure is one result of it. The Obama campaign changed the way we think about the possibilities of the conflation of politics and technology: beyond the fact that the data platform they created made technology visibly useful by connecting volunteers with potential voters, it also made it personal. The media coverage of the Obama campaign’s technological efforts sparked the interest of many people beyond the political and technological communities, providing yet another proof of just how groundbreaking their work was.