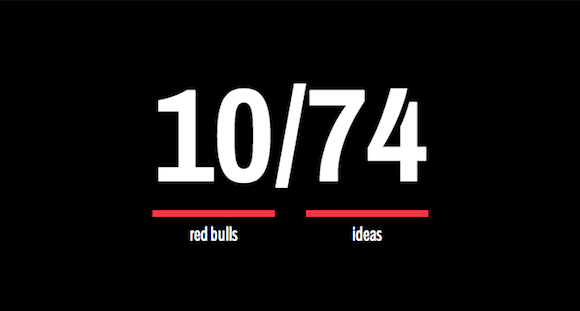 Tilda Swinton hasn't reappeared in her box at MoMA since Ebertfest, but there's a new endurance performance in town. Through May 5, Ryder Ripps, artist and co-founder of Dump.fm and digital agency OKFocus, will be living and working among the music studios at Red Bull Music Academy in a residency space that he designed with Chen Chen and Kai Williams. Wearing a karate uniform featuring bull-themed graphics, he will be drinking cans of Red Bull and generating new ideas for artworks and online projects. 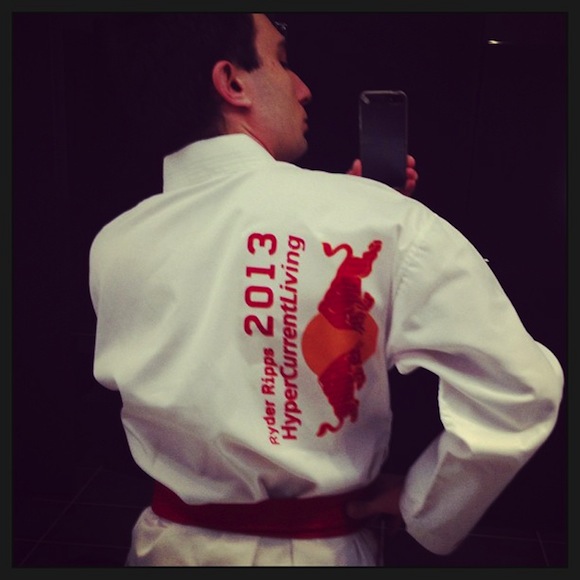 Ripps' ill-advised endurance performance could be seen as a distillation of many of the worst things about being an artist today: the over-emphasis on hypertrophic creativity and easily digestible ideas, the ever-present superego injunction to produce and publish, the endorphin rush that comes from positive online feedback (and the terror of the negative - or of the lack of any attention at all). Ripps' project makes these conditions visible, suggesting that they are at work not only in his performance, but, to varying degrees, in nearly all cultural production in the age of social media.

Hyper Current Living is a direct collaboration with the Red Bull brand, or at least created with their explicit knowledge and permission. As with The Jogging's contribution DISImages or the 2012 exhibition Brand Innovations for Ubiquitous Authorship, Ripps' performance suggests a fascination with the power of branding and an interest in working with brands and embodying their "values," while also developing a brand of his own. This is distinct from the appropriation of a logo à la Warhol or the adoption of a corporate persona à la the Yes Men; it is living and working according to the strange logic of contemporary marketing. Hyper Current Living is art in the age of biobranding.

Hyper Current Living runs from April 28 through May 5, 2013. It is accessible online only.