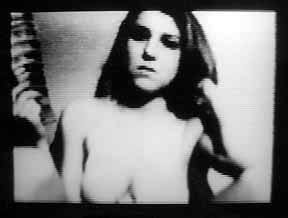 Ed. – Strange Weather will be shown at the New Museum this Friday, April 26, at 7:00 PM as part of “The Art of PixelVision: A lecture and screening by Peggy Ahwesh” curated by the author. “It Wasn’t Love” by Sadie Benning is on view at the New Museum as part of NYC1993: Experimental Jet Set, Trash and No Star through May 26.

In 1987 a low-cost and lightweight video camera that could record moving images on a standard audiocassette appeared in toy stores. The PXL 2000, or Pixelvision, was mass-produced and marketed by the child-focused Fisher-Price, and at $100, it was the cheapest self-contained camcorder ever made. With a molded plastic body powered by six AA batteries, it was also significantly lighter than any other moving image camera on the market in the late 1980s. In some ways, the PXL 2000 was an early glimpse of a world in which cameras can go anywhere and be operated by anyone.

Today Pixelvision is a technological unicorn: rather than a mass cultural phenomenon, the format is now a shimmering pre-digital memory. Marketed to teenagers with the slogan “You’ve always been heard, but now you can be seen,” the imagery produced by the PXL 2000 was a pale shadow of the glossy and colorful TV commercial that heralded its arrival. The camera’s technological appropriation of audiotape for video recording resulted in an extremely lo-fi aesthetic, grainy and high-contrast. Video requires far more data than audio tape is designed to hold: about four minutes of footage could be recorded on a single cassette with a resolution of 100 vertical lines at 15 frames per second. The degraded quality probably contributed to the camera’s commercial failure. It would have been hard to convince a teenager enthralled by the saturated color and slick editing of commercial television (the kind at work in the Fisher-Price ad campaign) that the PXL 2000 offered an adequate substitute. Production and marketing of the device stopped in 1988, and it now has an almost mythological aura.

If teenagers were unimpressed with the limited tonal range of Pixelvision images, the pictures’ ghostly quality appealed to some avant-garde filmmakers, who began to use its distortions for aesthetic ends. James Wickstead, the camera’s inventor, said that he had in fact insisted on keeping the device “simple and crude” and cited Ingmar Bergman as a stylistic progenitor.[1] As recently as the mid-2000, odes to PXL’s artistic possibilities stressed its technological primitivism. “Filmmakers love what they describe as Pixelvision’s dithering, a process designed to fill in the information between the pixels but resulting in unpredictable fluctuations in the image quality from frame to frame. Dithering, they say, calls attention to the properties of the recording medium in the same way that Jimi Hendrix’s use of feedback called attention to the properties of the electric guitar.”[2]

Perhaps it was this seemingly in-built modernism that inspired filmmaker James Benning to give the camera to his 15-year-old daughter Sadie in 1987. The younger Benning gained attention in the early 1990s for her Pixelvision films – also the stuff of lore – which she shot in her bedroom. Featuring herself and her friends along with shots of toys and handwritten texts, her works were charged with an erotic teenage energy. The most well known of these is “It Wasn’t Love” (1992), which combines shots of baby dykes posturing and slow dancing to Billie Holliday with views out of a window onto a sleepy suburban street. The narrative, told in a retrospective voiceover, concerns a Hollywood-style romance between two women. The intimacy of Benning’s films is intensified by the PXL 2000’s lens, which allows for extreme close-ups without adjustment, while the shoddy image quality and unsteady shots impart an unstudied realism. At the same time, her carefully constructed montage (often read in terms of a DIY aesthetic popular in the early 90s) systematically undercuts the cinematic fantasies described by the narrator. 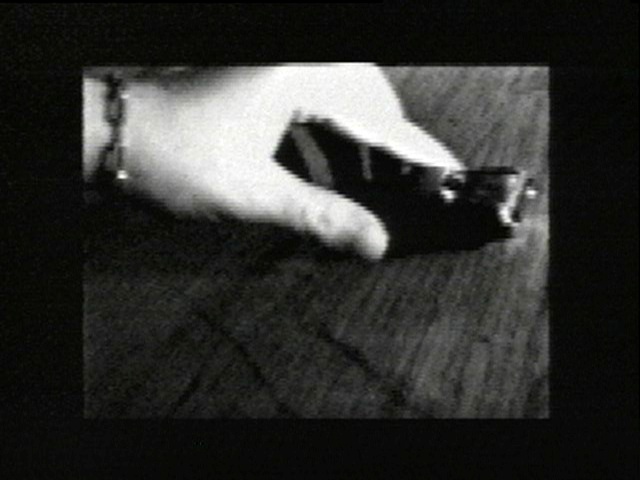 The sophisticated weaving together of mainstream film and avant-garde aesthetics in “It Wasn’t Love” was largely overshadowed by Benning’s own biography in her reception as a filmmaker. She became a darling of “New Queer Cinema,” showing at gay and lesbian film festivals and speaking about her approach and her subjects in terms of her own sexuality and subculture. In a 1993 interview with Linda Yablonsky published in Bomb, Benning noted how her practice relied on a certain domestic interiority. “I guess it’s because the world’s not safe, my bedroom is. It’s my space and all my things are mine, and there’s no one there, passing judgment. Out in the world I see a lot of things and can be influenced.”[3] Benning’s diaristic aesthetic fit in well with the autobiographical impulse that ran throughout the “1993 Whitney Biennial,” in which it was included by curator John Hanhardt; the visibility of her work helped codify Pixelvision’s aesthetic in terms of personal narrative and an increasingly visible queer subculture.

Although Benning is the artist most often associated with Pixelvision, she was not the only artist to use the camera. Peggy Ahwesh began using a PXL-2000 in the early 90s; she bought hers at a yard sale for $25.[4] In 1993 Ahwesh made a feature-length film shot entirely in Pixelvision. Set and shot in Florida, Strange Weather observes four 20-somethings on crack during a single afternoon, tracking their addiction in paranoid freak-outs, tense phone conversations with dealers and laconic engagements with the camera as they wait for a hurricane to hit. Ahwesh uses the gritty quality of Pixelvision to create an aesthetic of documentary realism, despite the fact that Strange Weather is a work of fiction (Ahwesh’s collaborator Margie Strosser wrote the script and they worked with actors). The film ends with a long monologue shot in a single eight minute take. As Ahwesh recalled in a 2003 interview with Scott McDonald in Millennium Film Journal, “It’s a cliché from cinema verité that the longer a shot goes on without a cut, the more believable it is as reality. It was great working with Pixel because, even though I’d imagined the scene many times, I had to reinvent it when I shot it—so that it looked like the first time I was seeing it, like in a documentary.”[5]

In Ahwesh’s hands, the close proximity possible with PXL feels more claustrophobic than intimate, producing an anxious tedium that mirrors the affect of the characters. The fragmented and jumpy camera work also does far more than depict the psychological and physical effects of intoxication. Strange Weather produces a complex picture of technologies’ (chemical and visual, among other kinds) impact on and presence within bodies and minds. The effects of this storm are still being felt.