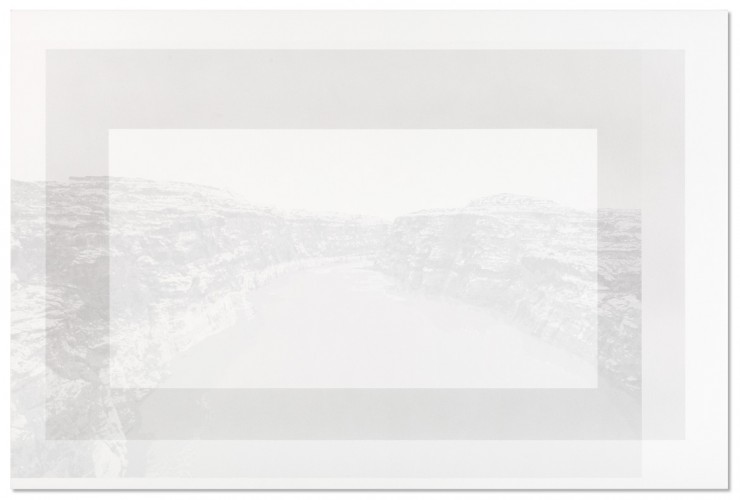 Of all the genres one might associate with contemporary artistic practice, landscape painting is low on the list, more closely aligned with the nineteenth century than the twenty-first. In this sense, Cameron Martin’s canvases, apparently photorealistic depictions of nature executed in an icy palette of pale grays and whites, are paradoxical objects, simultaneously part of an art-historical trajectory dating back to the sixteenth-century Danube School—credited as the first to make “pure landscape” the subject of paintings—and its negation. To create them, he draws on a personal archive of images, culled from advertising, found photographs, and his own staged and impromptu snapshots; selected images are then combined, altered, and manipulated in Photoshop, from which he extracts a stencil, finally applying layers of paint to canvas with an airbrush. 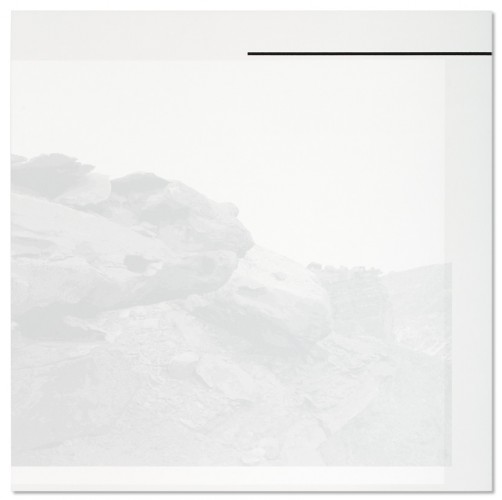 In his series “Bracket,” exhibited in 2011 at Greenberg Van Doren (now Van Doren Waxter), spectral images of craggy mountains and dense forests, given elusive titles like Balantane or Icliste, are cropped and bordered with blank space, emphasizing their relationship to not only the photographic image—as one critic noted, registering the barely-there images in Martin’s paintings is akin to watching a photograph develop in a darkroom—but also its use in media, suggesting preparatory layouts for magazines or ads. In more recent paintings, Martin augments the image with thin black lines and tonal shifts, linking them even more closely with graphic design. As Martin stated in an interview with the Brooklyn Rail, “After many years of making full bleed pictures, where the image comes entirely to the limits of the support, I became aware of how with landscape painting in particular, you are encouraged to just dive into the picture, and you don’t think about what’s outside the frame. There’s an inherent illusionism that you buy into as a result of the full bleed. I wanted to think about ways of making the image itself the subject of the painting as much as what was depicted in the image.”

In these paintings, Martin exploits the multiple associations of the term “bracket”: in photography, bracketing refers to taking multiple versions of the same shot at different exposures, while in phenomenology, it describes a suspension of pre-conceptions, setting aside certain assumptions in order to privilege the first-person encounter. On the one hand, they call attention to the formal processes of image production in their conflation of painting, photography, and digital media, but they also function as meditations on absence and presence, inclusion and exclusion. 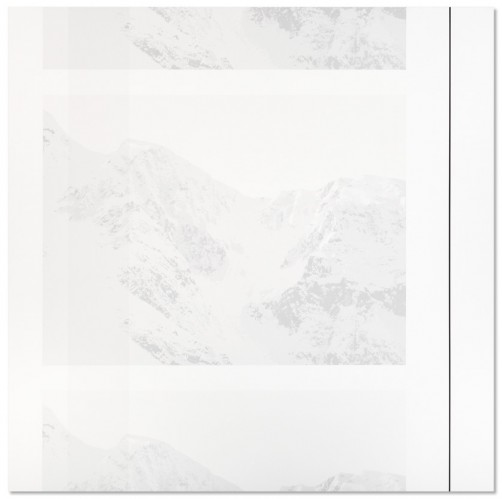 These scenes might be conceived as corollaries to what the sociologist Marc Augé famously described as “non-places”—interchangeable, transitional spaces like supermarkets and airports that are familiar and ubiquitous, but lack any of the defining characteristics that might root them in a particular culture or location. Martin similarly renders places that are not, beyond the fact that they are literally invented by the artist on a computer: much as his process removes the direct touch of the brush, the extension of the artist’s hand seen as a guarantor of the work’s expressive authenticity, the resulting paintings are not so much landscapes as “landscapes,” images whose mediation is constantly foregrounded. In his work, landscape becomes an empty signifier, much like the intentionally vague, verdant settings of advertising images that are intended to be familiar to everyone, in which, as the artist notes, “the specificity of the location, geographically or historically, is completely eradicated.” 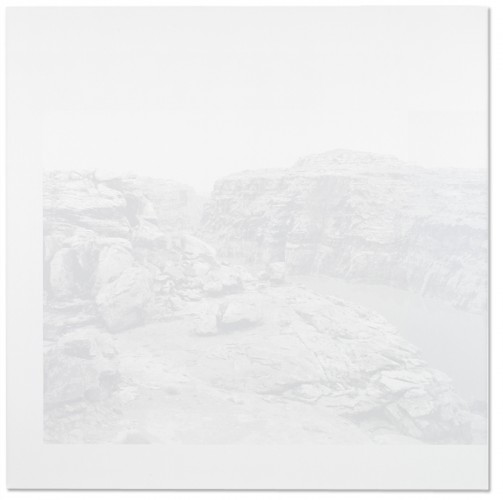