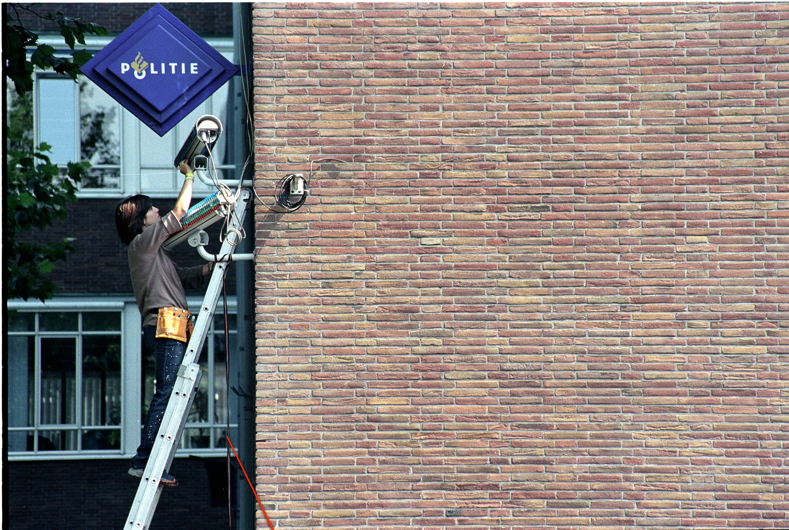 They say an average Londoner is caught on camera 300 times a day. Just one of those things in of our lives that we fail to notice—or rather, try not to think of. That is, until someone helps us with that. In her 2002–03 project, System Azure, New York–based artist Jill Magid, then in the Rijksakademie program, decorated surveillance cameras in Amsterdam with colorful rhinestones. What she presented to the police as a public relations initiative was actually part of the artist’s appropriation of surveillance technology to become part of her practice: For example, she wore shoes outfitted with surveillance cameras; in a performance in an MIT lobby (where Magid was a student) she held a small camera that was connected to the monitor at the building’s entrance and shifted it across her body, under her clothes, examining her body and the architecture around it through the openings in her clothes. 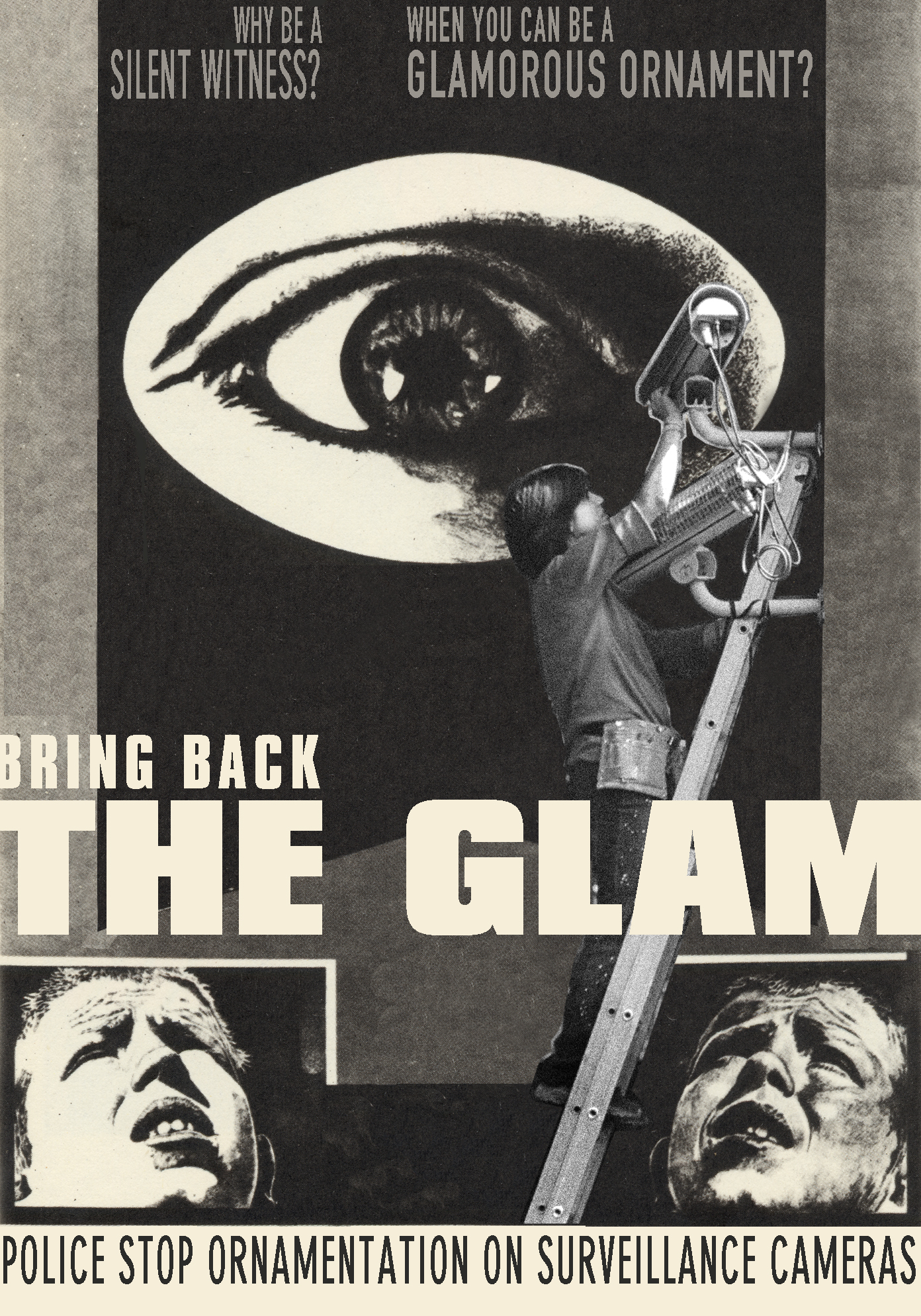 The stores in the street I live on in Brooklyn have a way to shame the people stealing from them. As you stroll down the avenue, most of the stores have surveillance-camera images pasted onto their windows, usually with the word SHOPLIFTER marked above the person’s head. Sometimes they’ll tell you what they stole. A bad vinyl from the hip record store, a cheap necklace at the jeweler’s, a 5-hour energy drink at the deli. The inclusion of a date and time on these notes makes them into complete stories, and it is the narrative that is contained in the surveillance camera that always interests me: Who buys a 5-hour energy drink at 11 AM? 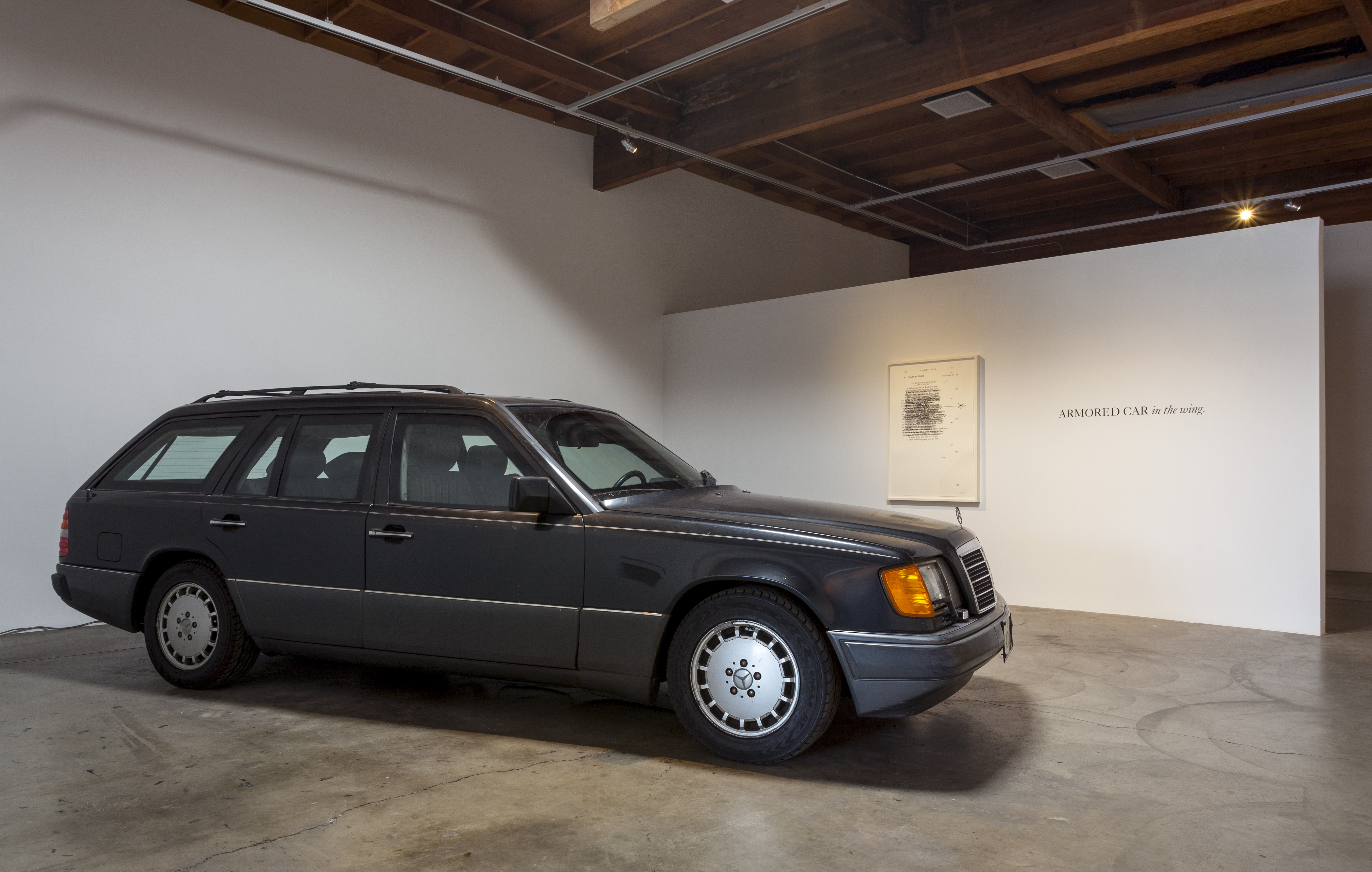 The stuff of surveillance camera storytelling—an enclosed narrative, immediacy, photodocumentation—are the things that carry over throughout Magid’s work. It ties her books and writing practice with the earlier works seamlessly: because they are all about observation of events and telling stories of those events. It looks into what we see, what it means to see it, and how we document it. Take Failed States, one of Magid’s most recent projects, as an example. In 2010, while she was in Austin, Magid witnessed a young man named Fausto Cardenas shoot six bullets into the air in front of the Texas state capitol. (His motivation remains unknown.) From that incident, the artist embarked on a research project into bureaucracy, the idea of being a witness, and the futility of actions. Taking many forms—a novella, an installation, a video—Failed States is a body of work that puzzles together to form a narrative, in which what is missing from the story is just as interesting as what’s included. It’s almost a victory over documentation.