Five Videos is an online series "hosted" by Rhizome, in collaboration with FACT, responding to the Liverpool Biennial's theme, The Unexpected Guest. Each week throughout the Liverpool Biennial, artists will curate five videos about hospitality. This week, Lucky PDF looks at online personalities of questionable authenticity. 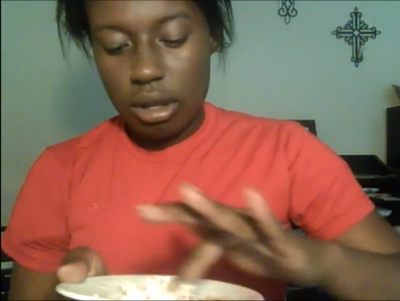 A good guest is expected to do a lot of pretending. Our gratitude may be genuine, but our immediate reliance on our host, and our proximity to them, requires careful social construction. It is rare that people want to know what you really think, though they want to believe you're being sincere. Hosting on the internet is a more impersonal arrangement. You probably don't know name of your server technician, and you won't go out of your way to thank a forum moderator for job well done. It's much more likely you'll give them your honest opinion of their service and the decision to suspend your account. The internet gives us an opportunity to be honest because we know the repercussions are limited. Social media can be so anti-social because there's no immediate consequence to us being inconsiderate. For the same reasons there's no requirement to tell the truth, and few easy ways to verify what's real.

It is in this environment that the Troll thrives. Trolling is not the art of lying, it's the art of convincing others that you're telling the truth, which you might well be, even if only in the moment you hit 'post'. A good comments thread allows everyone to fully engaged in an argument, thunderously angry and completely without self-doubt, where an offline discussion would be limited by politeness and awareness that you have no idea what you're talking about.

The result is a change in the use and value of truth. Existing only for one person in one moment, truth becomes atomised and incommunicable. We're left with only what we believe other people believe. All interactions are tinged with suspicion as we assume everyone's online sincerity is as fleeting as our own. Other people become less real because we're not being entirely real ourselves. Honesty becomes a tool to be used in communication, a material property of language. An unexpected guest might be one that does not behave as expected, one who give us honesty when there should be none and takes as sincere that which should be treated with suspicion.

These five videos take the techniques and content of Troll and comment culture, using the unfixed honesty of others, and their own, detached sincerity. Each takes the degraded truth of online communication and in different ways rehabilitates it into something real, each shows an example of our developing ways of communicating, relating to other people, caring about things and meaning what we say.

Molly Soda is an artist, she's also famous, or rather she's tumblr famous. She has more tumblr followers than anyone else (almost) which makes her a very powerful figure within online culture. If not quite a trendsetter, she's surely a tastemaker. She knows what's cool, that's why you follow her. It's this knowing (and tumblr's Ask Me Anything option) that prompts many people to seek her advice and opinions on a wide range of life, fashion and tumblr related subjects, so many that her inbox got full. In order to deal with the mass of requests, and presumably the guilt of not responding, she videos herself reading out every single question. It takes ten hours.

Questions about her hair colour, who she follows and obscene insults are treated with an equal and total disinterest. Disarming the trolls by showing the scale of their insignificance she also discards the fan mail from her young, impressionable admirers. Perhaps this is exactly what all of them wanted, a few seconds of her attention, the knowledge that she cares enough to spend ten hours not caring. This is a cathartic performance and a reminder of the inhuman scale to which our online presence can grow.

The fan/troll relationship is symbiotic - both of them need the other to properly function. There's no point attacking something unless there's someone to fight back and no better way to prove your fandom than mounting a defence (not that anyone will ever win). But there's a thin line between love and hate. Lynn loves Dillon, so much so that she'll smear cream cheese and foundation on her face to look like him.

Lynn is 16 years old. Dillon is one of her online friends. Dressing up as someone else is complex statement and it's hard to tell if she means it as a compliment. "You know Dillon only likes boys because Lindsay Lohan likes boys." There's a thin line between over-appreciation and homophobic cyber-bullying, but in an attention economy there is no unwanted attention. When you 'do it for the haters', then your troll can be your best friend.

"You can't fight alienation with alienated means" says a character in René Viénet's 1973 fully detourned film 'Can Dialectics Break Bricks?' If you're looking for alienation, or just looking for a fight, then head to YouTube comments and click 'see all'. Glasgow based Kari Robertson takes the comments of 1970s political videos and dubs them over the more personal struggles of (original) Beverly Hills 90210.

Rendering the comments as dialogue shows just how little communication occurs in a comments thread (probably about as much as between a teenager and their parents). No one fights to win in YouTube comments, but it's a good place to study your enemy. Fights can be picked and dropped without consequence. What you're not practising is grammar. YouTube commentors are the avant-garde of the English language. Unbound from the accepted rules that tie writing to communication or sense, every Alt Lit possibility is open to you.

Mark McGowan has always been an artist in search of an audience, with a practice based on media-friendly stunts designed to get him on TV (he had to publicly apologise for suggesting on a radio show that he was with Yoko Ono, eating a dog). His current YouTube persona of Artist Taxi Driver allows him to troll trending news topics, turning the reactionary rant, usually a preserve of the right, against the mainstream media, big business and the current Conservative government.

Mark's work has always used protest-politics as its form, rather than its content. In the comments threads and his twitter following he collects around him anti-government conspiracy theorists and slightly embarrassed left-liberal art audiences, lampooning them both by showing just how easy it is to really care about something.  That said, when he's shouting about the university lecturers going out on strike (he's a lecturer and a union rep) he does really mean it, presumably.

Imitation is the sincerest form of trolling, but if you're pretending to be someone as an honest aspirational appreciation of the cultural archetypes they represent, maybe it should be taken as a compliment.

Trolling always relies on hiding behind another identity, even if that's just the online you. The participant characters in Dorm Daze created strong, and at times very touching, relationships using amalgamations of movie clichés and real people's 'scalped' profiles. Convincing to a British ear, the narrator's American accent tells the story of the melodramatic events roll-played by the participants over three months, a reminder that if the internet is getting a bit boring, you can always just create an anonymous profile and ramp up the drama. The internet is a great place to tell stories.