Art from Outside the Googleplex: An Interview with Andrew Norman Wilson
By Louis Doulas 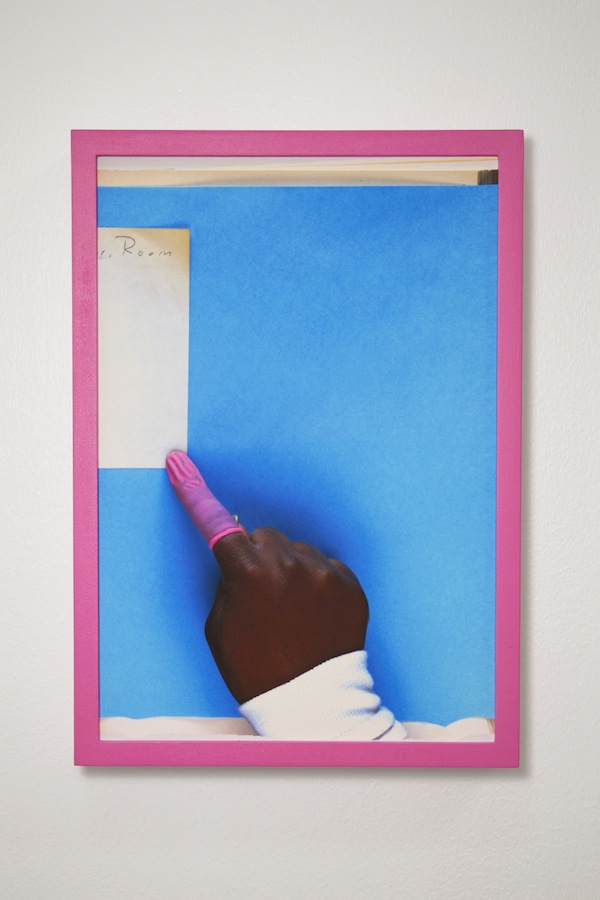 Through webinars, installations, power points, performances, audio meditations and videos, Andrew Norman Wilson's interventions into the brands and infrastructures of Silicon Valley and other worldwide tech corporations question the roles of labor, power and capital; instigations, integral to understanding the movement of information economies in the global marketplace as well as the power relations that emerge from within them.

ScanOps, titled after the internal department for Google's onsite book scanning contractors, is Wilson's latest series of works that reveal the software distortions and hands of ScanOps employees found in the photographic scanning site.

During June, ScanOps will be on view at both American Medium in New York City and Document in Chicago. A ScanOps subscription service and book will be published by Art Metropole later this year.

LD: Workers Leaving the Googleplex, responded to two versions of the film Workers Leaving the Factory: one by Harun Farocki and the other, the original by the Lumière brothers. The premise of your own video of course was to make a work that captured the shift in labor from the industrial proletariat into the informational proletariat. The yellow badge workers were presented in parallel to Lumières' workers and have become the focal point of another series of works, ScanOps.  Could you first talk about the meta-hierarchies that existed at Google, specifically the perks, benefits, opportunities or lack thereof that existed between various color badges?

ANW: Using Workers Leaving the Googleplex as an illustration of these hierarchies, white, red, and green badge workers on the left side of the image are seen passing by, entering, and exiting a variety of buildings at the Googleplex. Some of them ride the Google loaner bikes, some of them enter a luxury limo shuttle headed towards San Francisco. Some of them may be leaving work, some may be walking to another building to pick up their laundry or exercise in one of the gyms, some may even be just arriving at the Google campus to eat a free meal from one of Google's 20 gourmet cafes after a day of working at home. The yellow badge workers on the right side of the image are seen leaving the one building they are allowed access to. Much like the workers in the Lumière film, the yellow badge workers are leaving at the same time because their superiors have asked them to. But their synchronized departure is not especially arranged for a camera. They are leaving at 2:15 pm, like they do every day. The separation and exclusion of the yellow badge class creates difference in movement. Their movement is much closer to the industrial proletariat of the prior two films (by Lumière and Farocki) than the kinetic elite of the white, red, and green badged workers sharing the screen.

Representing movement was the primary goal of the Lumière film, and I was interested in doing the same with the Googleplex video. Yet, as Farocki points out in his film, we have come to recognize that moving images not only represent movement, but can also grasp for concepts. And so Workers Leaving the Googleplex suggests both transformations and continuities from where Farocki and Lumière had left us, grasping for connections in social/aesthetic systems.

LD: Could you extrapolate a bit more on these notions of movement, especially with regards to its positioning within particular social systems?

ANW: In all three works, what we see are work forces in motion, organized simultaneously by the work structure (a temporal synchronization), the factory gates (a spatial grouping), and the filmmakers' choreography of this spatio-temporal relationship. In the Googleplex video, we are presented with a class-based system of access (or lack thereof) that can script different flows of movement. Google allows a lot of room for its white, red, and green badge workers to engage in free play; however, movement and action that exceeds the boundaries of that scripting and poses a threat to the company, such as my activity around the exterior of the yellow badges building, can set Google Security and Google Legal into specified movements around that atypical behavior.

Movement entails an object and its change in position with respect to time. As we transition from the dominance of analog media such as film and books to digital media such as video and digitized books, the newer forms are still wholly inseparable from the material world. There are voltages in electronic circuits, server farms, upgraded tech for every new product cycle, and a persistent necessity for repetitive, manual labor despite technological progress and the increasing prominence of cultural and informational labor.

The video also presents us with the expansive aesthetic distributive system that it participates in as a viral video. It includes a spatial montage of multiple images - like the ads, related content, icons, additional windows and tabs, etc. that compose a screen during the viewing of a video online. The colored borders in the video are an information visualization of worker ratios within the respective images. Even the use of color HD video (with sound) is conceptually important in relation to Lumières' film. Both works are emblematic of their particular historical moments, and both now circulate through contemporary distribution networks. 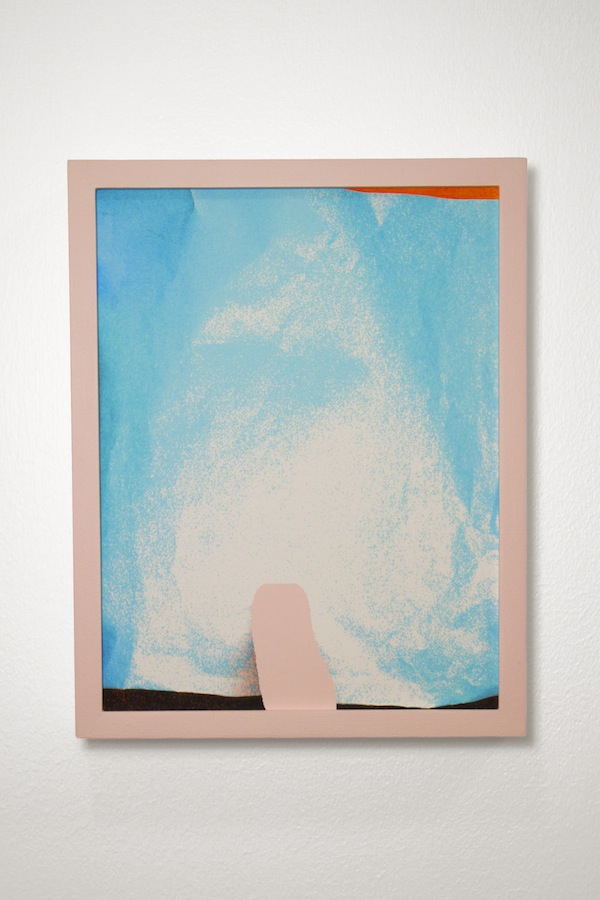 LD: The digitalization of the Lumière film is actually a nice transitional point into understanding the contained content of ScanOps--which attempts to document the manual labor that continues to permeate under technological progress. Because of the hyper specialization of industries existing within a global market, we are increasingly isolated from the production and politics of our commodities. The tech commodity, Apple products for example, seem to be ever more hidden and locked away from the consumer view: an opaqueness that conceals understanding and restricts infrastructural intervention. Friendly UI graphics and sleek, ornament free, minimal design begins to take on a fetishized aura that most digital ephemera is marketed from the ground up in. First, how were you able to obtain these scans? And second, what can you say about this type of containment/exposure as it relates to the Google commodity?

ANW: I have been quietly collecting anomalies from Google Books for a couple years now. It's another way of getting closer to those people I worked with, while of course still remaining out of touch with them. Krissy Wilson's blog The Art of Google Books has made my searching much easier. Her criteria allows for a much more broad collection of images than what I'm after, and I'm more interested in printing the images than posting my finds online. I prefer to call what I'm collecting photographs as opposed to scans. Mass market books can be sliced open and fed into scanners, but the books I'm looking at come from library collections and need to be photographed from above. Therefore we occasionally see the backsides of workers hands. The project is called ScanOps because that is (or was) the internal department name for Google’s onsite book scanning contractors.

The photographs that I chose are Google Books images in which software distortions, the imaging site, and the hands of ScanOps employees are visible. They’re both indexical, and medium-specific. Their processes, digital manipulations, and material supports are folded within them. Because of the speed and volume with which Google is executing the Books project, they can't possibly identify and correct all of the disturbances in what is supposed to be a seamless interface. Removed "for me" The accidents then complicate the categorizations of “immaterial” and “informational” labor in the Information Technology sector.

I choose photographs that have formal similarities to contemporary photography that emphasizes the materiality of the photographic support, such as work by Walead Beshty and Elad Lassry. By positioning ScanOps in relation to theirs, they can "read" as photographs, and extend in relationships to painting and sculpture through the discourses surrounding those artist's work. And then there's the fact that they're photographs of books.

As Karen Barad puts it,

"That which is excluded in the enactment of knowledge-discourse-power practices plays a constitutive role in the production of phenomena – exclusions matter both to bodies that come to matter and those excluded from mattering."

The fingers and software distortions that obscure the "pure information" in the books complicate Google's technocratic proposals for a utopia of universally accessible knowledge. What emerges is an argument for the inseparability of matter and meaning, fusing a discussion of knowledge with ontological, ethical, and aesthetic issues.

LD: And Sergey Brin and Larry Page initially got in trouble for attempting the project, right?

ANW: Yes, because the complete copying of an entire book violates copyright, the photographers have been faced with lawsuits from the Authors Guild, the Association of American Publishers, and more. The settlement they all came to was rejected in court last year, but they're scheduled to go to court again soon. And that's just in the US, there's much more resistance in certain European countries.

LD: I'm sure, as most of the texts (at least the ones featured throughout your series) originate from western spheres.  But, the momentary visibility of the hand in each of the photographs also signifies and reveals something else here too: the social systems the workers exist within. Which relates back to the two films, especially the 'movements' of Lumières' workers.

ANW: Someone has to turn a page and press a button. The workers compose part of the photographic apparatus, which, conceived in a broad sense includes not only the machinery, but the social systems within which photography operates. The anonymous workers, electrons, Sergey and Larry, the pink finger condoms, infrared cameras, the auto-correction software, the ink on my rag paper prints, me, the capital required to fund the project - we're all in it. It's not a dematerialized image world. 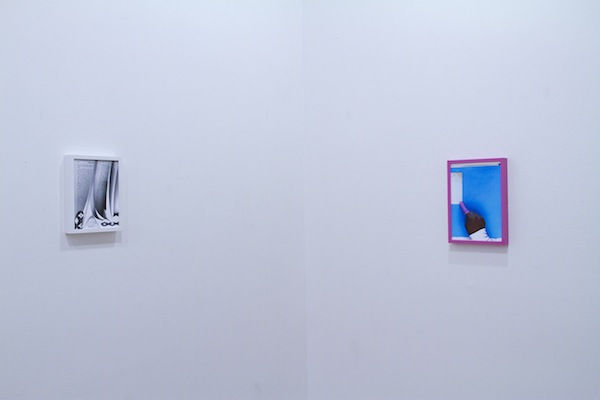 LD: Right, the worker's presence reaffirms, or rather reasserts the materiality of information production.  I suppose that this is the inherent contradiction that's become especially apparent today in networked western societies: the liberation of information, of knowledge as a public commons that should be free and distributed--which isn't a new idea--and then its simultaneous commodification and profitability. Before, you've often stated that Google, in this sense, is actually a factory and with this in mind, your work perhaps isn't rendered so ambivalently, so I'm curious to hear your positions in regards to this type of information economy, and Google itself.

ANW: Everyone who uses the free Google perks - gmail, cloud-storage, Google Books, Blogger, YouTube - becomes a knowledge worker for the company. We’re performing freestyle data entry. Where knowledge is perceived as a public good, Google gathers its income from the exchange of information and knowledge, creating additional value in this process. Google, as we know it and use it, is a factory.

A few years ago the company afforded me free Naked Juice every day, Metronaps and the ability to have a conversation with Obama. You and I, Louis, are on g-chat now and fact checking through Google search. All art and artistic discourse participates in the market economy. This isn't to say that art either supports or rejects the notion of a market transaction, or that art can't affect social change. Just that there's no outside.

Art's radical potential is in its transparency. It has come to reject the form/content divide, whereas other disciplines have not been able to do so. The discourse of art is capable of becoming continuous with the world it sets out to describe, fully embracing its own material condition. Google, however, is a multinational corporation, and it values both the simplicity of its products and the privacy of its internal functions. There's not much room for the consideration of things like the monetization of thought. It's a company. 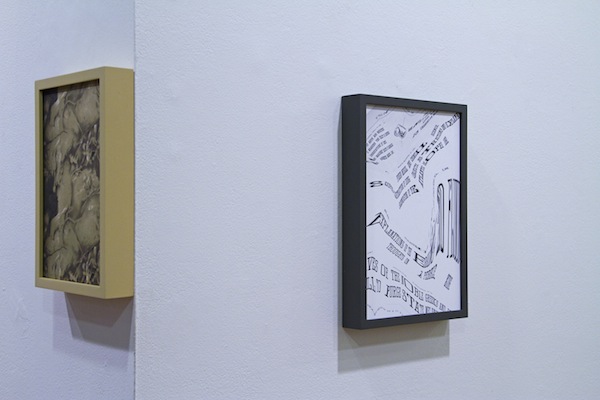