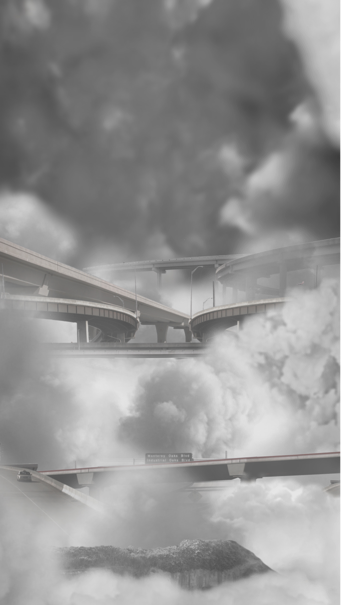 Works like Empyrean and The Road to Mount Weather among others, critically address an overwhelming range of issues including anything from consumerism, economic globalization to American politics and Hollywood. The presentation of these works often echo religious altarpieces particularly reminiscent of the Renaissance era. Why do you choose to allude and conflate content within this metaphorical ʻframeʼ?

My interests lie in the historical and political reconstruction of recordings and transmissions of mediated subjects, places, and ideas. The jumble of these issues are, for the most part, what I am addressing, not specifically critically, yet the ideas of criticality are also part of the conflation. Since the delivery of such information is the mediation, the mediated becomes the underlying subject. The conflation of these mediated images is something of a subjective regurgitation of the wash of juxtaposed information and images I encounter and distill throughout the process. Predilections and obsessions have a tendency to become more recurrent within this framework. Certain compositions from the Northern Renaissance reverberate with this complexity and resultant flatness of form reminding me of the compositions I construct. There is a kinship. There is also, in these altar pieces, a transcendence of the profane and banal that I find myself striving to accomplish.

Your work is allegorically intricate and labor intensive; always using millions of found images off the internet to arrange and animate. What are the intentions of working specifically in this accumulated way?

The searching, downloading, and databasing of images are modes of research, acquisition, and consumption all at once. It fulfills my need to collect but without the excessive expenditures of other possible activities and makes me feel as if I am actively participating in a complex economy of consumption, production, and aggregation. The final work is intricate but reductive, effectively boiling down the numerous ideas, information, and images that I have come across during their creation. The intricacy of the photomontage and choreography of elements within the frame is similar to a superimposition of multiple timelines, but one where the image stays clear and crisp while the narrative becomes over-exposed and abstracted.

After a cathartic critiquing of the ʻsystemʼ, artwork becomes consumed and regurgitated back into it again, so to speak. Where do you see your videos throughout this dynamic? Where do place content after it has made its critique?

I wish I had an exacting answer to this question. During the creation of the work, I place myself within a pataphysical relation to the 'systems' allowing a lot for chance to inform my direction. I'm wholly involved in the information I'm tackling and the broader narrative I've envisioned, yet without a clear idea of what exactly the definitive message or critique should be. Perhaps, the subjective recreation of the mediated world around me and my relationship to that recreated landscape is the cathartic critique, and, at the very least, is an extension of positioning myself within those systems. After that, time passes, memories morph, and the context of where the work is seen changes. Also, the interaction and deciphering of the viewer through their personal biases changes the way the pieces are read. So, the content becomes malleable in relation to time, memory, context, and history, not to mention what is novel at the time the work is consumed. With this, the critique encountered by the viewer (and myself) continues but also changes in various and unexpected ways. That being said, Iʼm always excited to show at universities and museums reaching a broad audience. I would be satisfied if my work unexpectedly lit afire the tender and kindling inside someoneʼs mind to enact positive and creative social change.

You work solely in video. Can you expand on why this medium seems integral to your message?

I feel the form, process and content of the work is appropriate to a mass medium such as video. But, I'm reflecting on the digital and reproducible nature of the source materials I use. For them to remain digital and continuously loop seems appropriate. 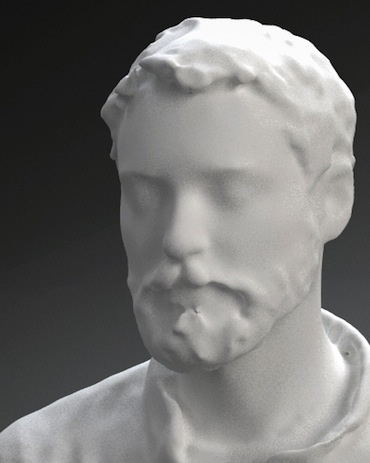 I started playing with video around 8 or so. A local furniture store let my mom, who was a dance instructor at the time, borrow one of the store's VHS camera/decks to record her students' dance rehearsals and recitals. The camera was separate from the recording deck which you had to sling over your shoulder. I would make playful videos with my sister, cousins, and friends. Everything was edited linearly, cut to cut. Later, in high school, I co-hosted a film review show with my friend, John Gholson, on the local UHF station. I was shooting on Video 8 and editing with a A/B deck and video toaster.

Strangely enough, I find the most freedom and least amount of frustration just shooting video, just capturing motion and light. Yet, almost all my work is constructed from found images. The process of cutting out the images in Photoshop can be tedious but also a bit like forensic work or at times meditative. After Effects can be wonderful and exciting to see the elements come together in motion, but because of the machines I use and the amount and size of layers I end up incorporating, it can be very frustrating: waiting and pacing just for a small RAM preview. All-in-all, I feel that I don't really know how to use the applications all that well. I know how to use them for my purposes. The Adobe applications I use, I learned on my own (with tips and suggestions from friends). I first started using them in 2002 after a friend gave me a cracked copy to play around with. It seemed a natural combination of my interest in filmmaking and painting.

I was at Savannah College of Art and Design for a year, dropped out for a while before attending the University of Texas, Austin. At UT I was in the Radio, Television and Film department studying filmmaking in the Intensive Production Program. I dropped out again for a while and transferred to the School of the Museum of Fine Arts where I primarily studied Film and Video. I initially transferred to SMFA with the intention of pursuing painting, which I had been doing compulsively for the prior year, but was discouraged by my lack of skill as compared to peers.

I still enjoy throwing paint around and doing physical collage, but I almost never show any of these works. My attempt at being a painter had a huge influence on the way I work with the photomontage videos. If anything, my videos are a convergence of the filmmaking and painting I was doing prior to working with motion graphics and photomontage.

I beatbox and enjoy cooking, sometimes at the same time.

Besides the heavy childhood influence of science fiction movies and comic books, in the visual arts there were influential "awakenings" that occurred with Andrei Tarkovsky, Stan Brakhage, James Benning, David Lynch, Lewis Klahr, Max Ernst, Leon Golub, Francis Bacon, Jan Van Eyck, Hieronymus Bosch, and Archigram. My conversations with Justin Faunce have been invaluable as well as the guidance of instructors such as Abigail Child, Jane Hudson, and Mary Ellen Strom.

It's been a while. During production I work in a setting more similar to a novelist, which allows me my solitude. There's always collaboration when installing the work. The Baltimore artist and curator Jason Hughes is a professional joy to work with installing shows.

Probably not actively. When the information seems pertinent to what I'm doing or interested in then I voraciously consume those slices of art history. Lately, I've been very interested in experimental architecture from the second half of the 20th century.

Even though I don't understand half of what I'm reading, I've been incredibly inspired by the works of Paul Virilio and Jean Baudrillard. Respectively, The Vision Machine and Fatal Strategies used to be my religious texts of sorts. More recently the writings of Giorgio Agamben have confounded me with joy. Mike Davis has also been important in lighting fires in my brain.

Yes. I’m never sure when it’s just going to turn off.