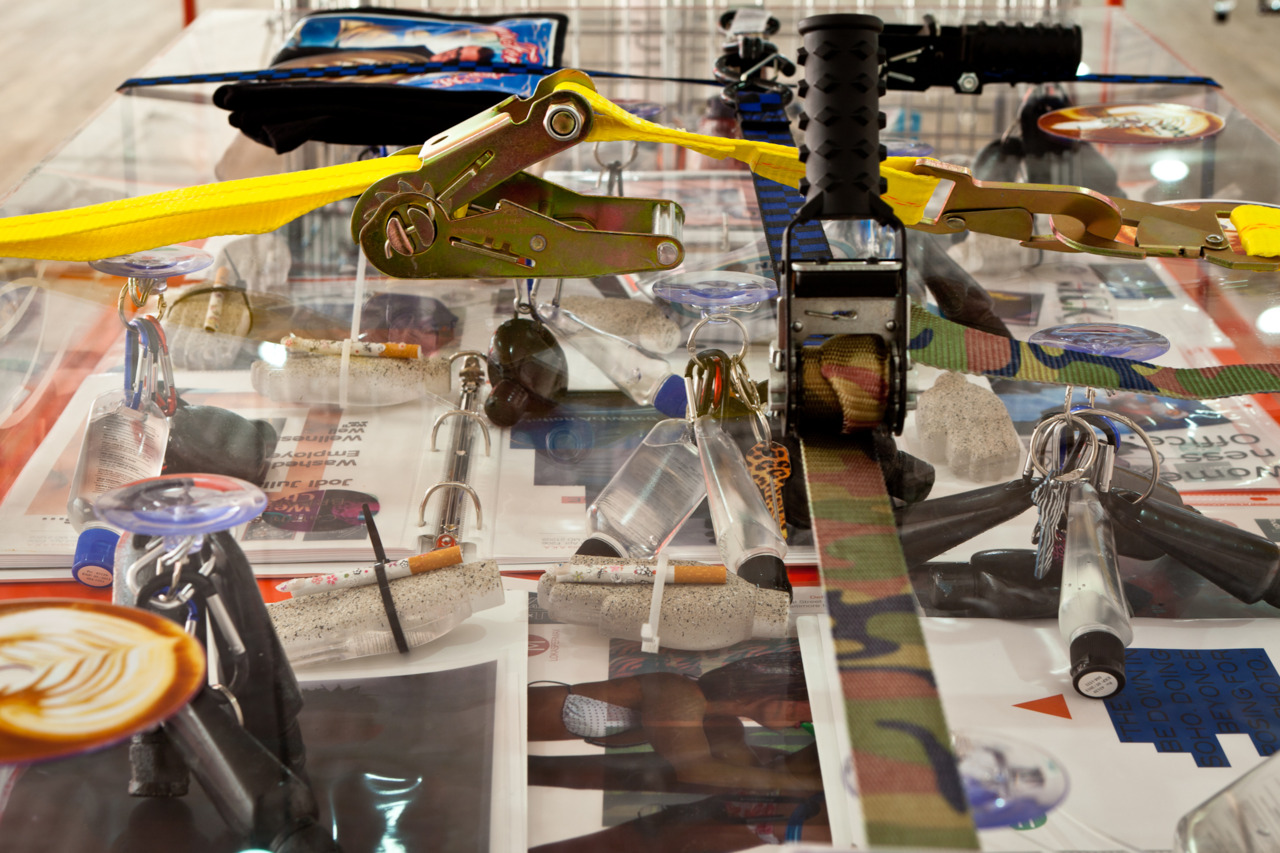 Archaeological in its meticulous arrangement of items, images, and ideas – within cases, wrapped in chords, laminated in plastic, or otherwise contained – DUOX4Larkin enacts a process of defamiliarization with corporate and retail objects, forming new connections and relations through Internet-informed practices of layering, connecting, enclosing, and manipulating objects.

DUOX is a collaboration between artists Daniel Wickerham and Malcom Lomax, MICA grads based out of Baltimore and New York City. The group has gained momentum in the past two years after several shows in Baltimore, leading to the Bard 2011 CCS exhibition Break My Body, Hold My Bones. 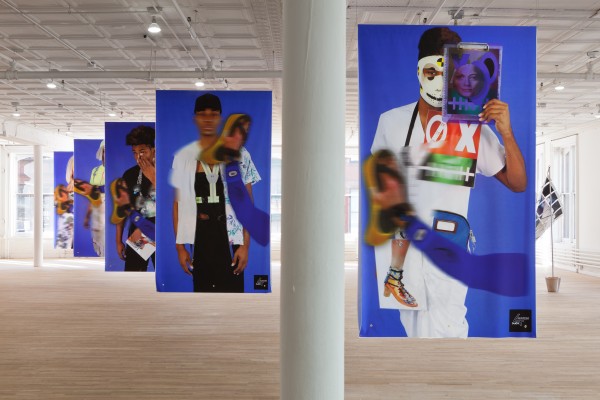 The show's title would appear to be a play on the collaborative X for Y schema that has become a popular way to make couture designers accessible to a broad audience (Missoni for Target, Lanvin for H&M, etc.). The double sided hanging displays of ten large print photographs that dominate much of the space resemble look books comprised of a collection of sporty, synthetic fabrics and colors. Shirts transform into dresses which are hung with laminated images and logos, over which Photoshop blur effects have been layered along with an arm captured mid-motion-blur in what appears to be a blue wetsuit with a sandal on its hand and the shadow of an eye on its forearm. This additive gesture (and…and…and…) dominates all pieces in the show, but rather than overwhelm, it flattens such details into a broader set of visual cues. It is a sophisticated collage that seems to both revel in and critique the consumer goods it deploys, repurposing and abstracting them. 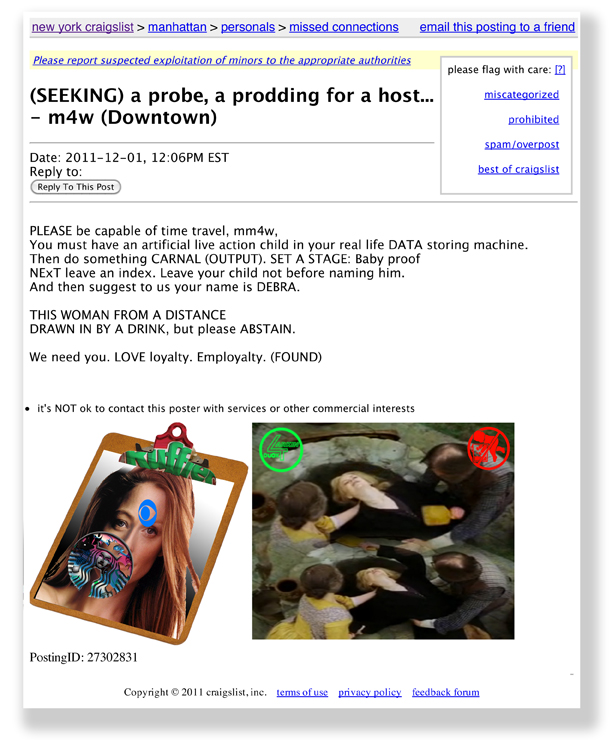 [Part of the show's online component, a "Men Seeking Women" ad on Craigslist.]

Curiously absent from the show is the foregrounding of sexuality and queer embodiment that had been so central to DUOX's practice, particularly in Break My Body, Hold My Bones, which explored questions of queer embodiment and technology in the "becoming-viral of the digital queer." Here embodiment is wholly absent, even in the large hanging figures that model clothing and images alike. Instead bodies become one of many image objects, and questions of difference, particularly embodied difference, all but disappear in what amounts to a kind of sweeping CTRL+M, "Merge Visible Layers".

DUOX4Larkin is on display at Artists Space until March 18th.