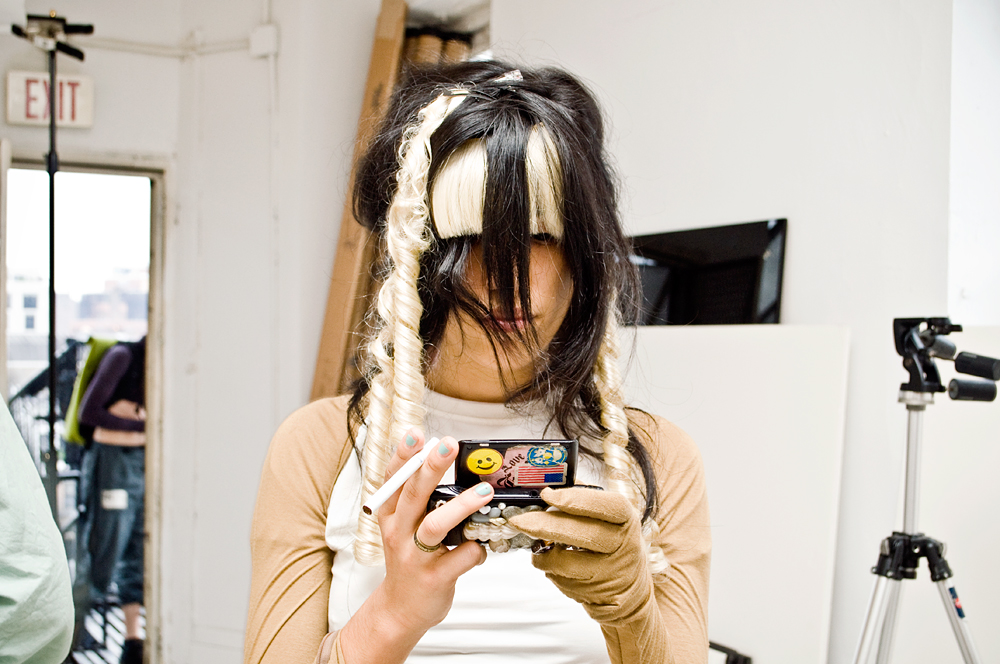 It's interesting that your career has gone from taking pictures to thwarting cameras, with projects like CV Dazzle and Camoflash. When did you become interested in camouflage and face-detection spoofing?

I became interested in spoofing and camouflage when cameras metamorphosed from art making tools into enablers of surveillance societies. This happened gradually over the last decade starting with the Patriot Act in 2001. To me, this document marked the beginning of the end of photography as I knew it from art history books. Now, 175 years after the daguerreotype was invented, cameras integrated with facial-recognition systems comprise the fastest growing sector of the biometrics industry.

But the use of photography in biometrics is almost as old as photography itself. In the late 1800s Sir Francis Galton, cousin of Charles Darwin and pioneer of biometrics, used composite imaging in an attempt to predict criminal behavior and illness. For example, if a subject has similar facial features to that of a criminal he or she was more likely to commit a crime.

I see spoofing and camouflage as intelligent responses to the uses/misuses of photography: surveillance cameras, biometric systems, and paparazzi photography.  Though these uses have always been part of photography at large, it’s impossible to ignore their presence now.

One of my favorite quotes, by René Magritte, is that “everything we see hides another thing, we always want to see what is hidden by what we see.” When everyone is photographing and revealing the world, it becomes interesting to try and cover it back up, to reveal anonymity.

Thinking of "How to Hide from Machines," included in the exhibition FaceTime at On Stellar Rays last winter, in which DIS magazine assisted with your tactical makeup and hairstyling ideas; there's something very stylish about CV Dazzle in addition to its function. What was your inspiration? Do you consider these looks "design fiction" or something we might one day see out on the street?

I think it depends on the cost associated with being exposed in public. If there is an increased threat to privacy or instances of abuse in the biometrics industry, then I think it is very likely that spoofing in public could become more acceptable.

The looks I collaborated on with DIS magazine could easily be classified under design fiction, but so could a lot of runway fashion. One of the goals of this project is to make camouflage communicative. The looks we designed were meant to make the wearer feel protected but not invisible.

It was interesting to see how the models reacted to wearing it. One of my favorite images from the shoot with DIS is when one of the models started texting and smoking while wearing CV Dazzle. This made it seem as if it had already become practical.

CV Dazzle plays on the difference between what the human eye sees rather than the vision of a camera/computer. Almost counterintuitive to our idea of "camouflage," it exaggerates appearance rather than conceals. Thinking now of that Magritte quote, would you say that exposing and exaggerating is the new way to hide?

Exaggerate and expose. That’s a good way to put it. Exaggeration makes artificial-life difficult for robots. They expect uniformity.

I recently came across an article about facial-recognition where a biometrics expert was quoted saying that smiling can be detrimental to biometrics. It’s rare that professionals in this field admit vulnerabilities like this. But it’s comforting to know that they exist and that sometimes the best way to exploit them is to be just be more human, to be weirder than machines expect.

I think exposing and exaggerating could be a good strategy for hiding in the future, especially when armed with knowledge of how biometric systems work and what kinds of costs are associated with them. That’s what I’m interested in pursuing more.

What was the inspiration for Off Pocket (the pants pocket that disconnects a mobile device from its signal)?

Smartphones infiltrate our senses. They cause anxiety, phantom vibrations, and keep us on alert. We expend energy maintaining an always-on connection. Smartphones should come with a switch to turn this off, but they don’t. Turning my iPhone off and back on takes 45 seconds. Using flight mode is also clumsy. I wanted a way to quickly and politely disconnect myself without relying on the phone’s software or hardware features. The Off Pocket circumvents this design flaw.

A few years ago a friend of mine in Georgia built a sensory deprivation tank and let me try it. The inside of the tank was filed with salt water, soundproofed, and completely dark. At first it was unsettling. But then I adjusted. Within 5 minutes my body totally relaxed and I fell asleep. It was an eye opening experience to limit all of my senses.

Similarly, when I first modified my pants with signal attenuating fabric, it felt odd to be unplugged. It was as if I had blocked out part of the world, covered my ears, or closed my eyes. But then I adjusted and realized that I had just opened them again.

I think building privacy into modern garments can make them feel more comfortable and, like armor, more protected. Data and privacy are increasingly valuable personal assets and it doesn’t make sense to not protect them. It’s also a great conversation starter. 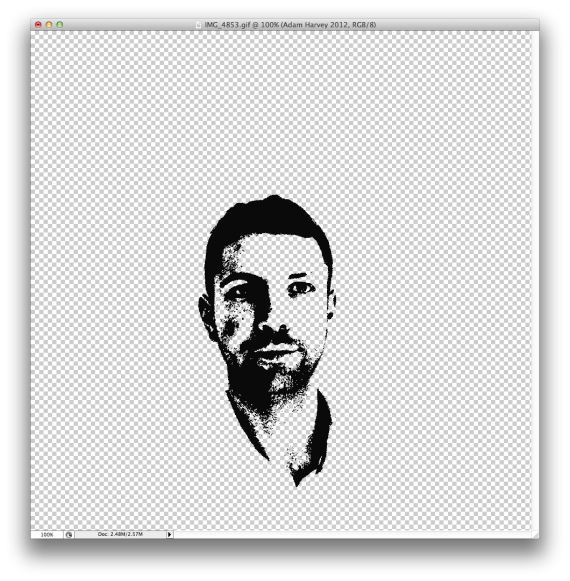 The first time I tried to integrate emerging technologies with photography was with the Internet Portrait Project in 2003. This was a web-based work that solicited portraits from around the world and composited them into one smooth, anonymous, genderless face.

After that, I became interested in combining programming with photography, but Photoshop was difficult to script and there weren’t a lot of other choices. Now, Processing and OpenFrameworks make this easy.

My first camera was a Pentax K1000. It’s probably the most classic film camera. This was my gateway into photography.  Now I mostly use my iPhone.

My first programming experience was with Flash 4. This was a bad way to learn programming. Now I use a lot of Processing, OpenFrameworks, PHP, and C.

I went to Penn State for undergrad to study mechanical engineering. In my sophomore year, I started working at my school’s newspaper, The Daily Collegian, as a photojournalist. I spent the next 4 years in digital media and photography.

In 2008, after 4 years working as a web designer and photographer, I went back to school for my masters at NYU in their Interactive Telecommunications Program. There I studied computational photography, physical computing, and wearable technology.

Right now my entire workflow is digital. My experience with chemical photography makes me appreciate this a lot. I used to get nosebleeds in the darkroom.

I’ve recently become active in the Tabula Rasa project in the E.U. and am a member of the LUCID NYC group. I occasionally attend and speak at conferences too.

Absolutely. I work as a creative technologist and use a lot of the same skills in professional work as I do in my artwork.

For art criticism I follow ArtStars* because it’s totally sassy and non-commercial. Otherwise, I read an overdose of popular art blogs, tweets, and manically try to stay on top of current trends, new technologies, and what everyone is doing. There is so much interesting work going on right now.

Yes, I think the production of a lot of new media art suffers from a fragile interdependence of technologies and is too reliant on closed source, proprietary tools.  For example, works made for viewing on digital devices could easily be nullified by something as simple as a browser upgrade or a change to an API.

Platforms like Arduino and RaspberryPi make it possible and cheap enough to produce new media works that are more self-contained. And I think Frm.fm will could help streamline the display, exhibition, and maintenance of screen-based works. But soon a new and superior technology will emerge and we’ll all want that instead.