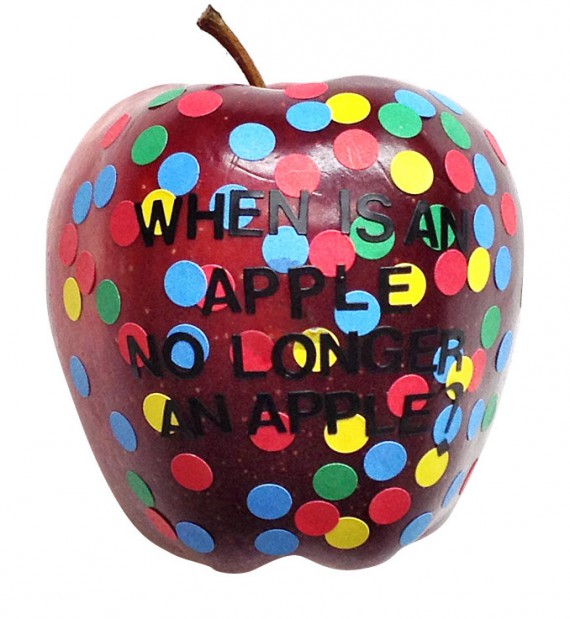 For Your Eyes Only by Adam Harvey

Rhizome is pleased to announce the ten artists/collectives awarded grants through our annual Commissions Program. This year over 300 proposals were submitted by artists from around the world. Two commissions were selected by Rhizome's membership, through an open vote, and eight by a jury including Hans Ulrich Obrist, co director of Exhibitions and Programmes and Director of International Projects at the Serpentine Gallery, London; Jonathan Lethem, author of The Ecstasy of Influence; Caitlin Jones, Executive Director of Western Front; Renny Gleeson of Weiden + Kennedy; and Lauren Cornell, Executive Director of Rhizome.

This year, the Rhizome staff has also selected an honorary award for Jesse Hulcher's REAL TIME MACHINE a proposal that represents his conviction, as well as a solid plan, for building functioning time machine. While we will not be awarding him a grant, we wish him the best in his endeavors.

See below for the descriptions of each commission from the artists's proposals.

Persona is a game, a twist of the classic First Person Shooter (FPS) game genre: the gameplay is centered on a gun combat and experienced through the eyes of the gun-holder. The gun is a prominent feature of the composition, and in my game it fires automatically on anyone within its field of view. The player cannot drop the weapon or stop it from firing, but he can turn or hide — obstructing his vision. The object of the game is to shoot as few people as possible. The gameplay is as stimulating and intense as in the traditional FPS, but the conflict here is between the player and his own in-game persona. The off-screen player grapples for control, trapped in the body and actions of the game convention.

Occupy.here is an invisible Temporary Autonomous Zone built on Internet technologies like wifi and HTML. The project seeks to build a network of independent wifi routers, each hosting local services that don't require an Internet connection. The routers have no upstream bandwidth, there is no mesh protocol. Each node of the network is a LAN island in an archipelago of affiliated websites.

Composed of a series of videos, limited edition cassette copies, a website, and a downloadable album, Museum Mixtape aims to create a playful connection between hip-hop narratives and institutional art spaces. By inviting local rap artists to comment (via performance) on contemporary collections in their respective locations and presenting these collaborations as an audiovisual series, a new space is offered to reflect on the current state of cultural economies, institutional community engagement and emerging subcultural forms and their intersections.

The Forgetting Machine is a proposed iOS application that works within the field of social psychology and memory science. This project imagines a space in which the reconsolidation theory discussed by Jonah Lehrer governs not only our physical memories but the prosthetic memory objects stored in our archives. This project mimics the materiality of analog objects by destroying digital files a little bit each time they are accessed.

For the past two years, I have been steadily weaving a digital labyrinth for meditation and exploration. The labyrinth is carved into the shared netscape through a series of linked web pages that contain talismanic arrangements of images, videos and sounds. All of the work is generated from my daily creative experimentation with computer graphics programs. For me, graphics programs are spiritual tools that allow one to psychedelically engage with the fabric of reality. I'm deeply committed to pushing the innovative possibilities inherent in these contemporary folk art tools. My labyrinth of pages is an active public record of my explorations. I propose to direct a rhizome commission toward the expansion of this project over the course of the next year. I am requesting a monthly salary to support me in this full time endeavor.

Kenyatta Cheese - The Project for the Study of Corporate Personhood

The Project for Corporate Personhood (aka Kenyatta Co) is a three month performance that explores the topic of identity at a moment when the language and ideas typically confined to product marketing have their way into the realm of everyday life.

Kenyatta Cheese (creator of Know Your Meme, also a person) will sell the exclusive use of his name to a corporation for a period of three months. That corporation will assume both the real world and online identity of 'Kenyatta Cheese' the person, remaining him as a brand with the help of ethnographers, lawyers, focus groups, a creative agency, and friends and acquaintances. The corporation will develop 'Kenyatta Cheese' as a product and take it to market, franchising his personhood for the remainder.  Meanwhile, Kenyatta (the person) will not be able to use his name except in the case of emergencies and air travel.

I was one of these children wandering in the "pedophile’s playground", as Dr. Phil calls it. When I was thirteen I became involved online with an older, twenty seven year-old male. We would have naive versions of cyber sex and phone sex because I had no idea what masturbation or orgasms really were. He tried to teach me and eventually I got a "real world" sexual education. We also shared a level of intimacy I had never shared with anyone before. He confided in me about his muscular dystrophy, which would confine him to a wheelchair for the rest of his potentially short life as well as his resulting offline social shortcomings. At the time, I knew he would be classified as a pedophile but he was also my best friend, my confidant. He also respected my real world privacy and never asked where I lived, who my parents were, what school I went to. But he would often use the intimacy we had to convince me to cross lines I wasn't comfortable with and as I grew older, I realized I needed to pull away from this unhealthy relationship.

I want to create a performance piece based on this experience. It was a complex relationship, that I am not alone in experiencing. However, because of the taboos and technologies involved it's a relationship rarely portrayed in culture. I would cast and hire a young girl as a stand in for myself, and a man in his late twenties to play my online ex-boyfriend. They will sit across from one another and over the course of about thirty minutes, type out to one another a live chat, while their voices, pre recorded, will speak the lines of chat as they type them. The chat will be projected live for the audience to see and it will be a narrative of their relationship. It will start off innocent, as my own relationship with the older man did and become more and more sexual as the younger girl becomes more comfortable with the man and more curious about what he can teach her about sex. The goal is to humanize both the man and the girl in their relationship, with both of them taking something from the other while being exploited. The performance will be documented as a video and sound piece.

Starting in 1990, spanning 456 episodes and 20 seasons, “Law & Order” has no peers when it comes to following cultural and political trends through popular media. Because of its particular time, one of the clearest shifts during the show’s run is our relationship to technology.

I propose to create an extensive blog documenting computer use on "Law & Order". Over the course of the series, computers begin to appear the background of offices, then actors begin actively using them onscreen. Crimes using computers, BBS systems, email, and databases start to appear. Internet and email communication become norms, and as the show closes in 2010 mobile computing is in constant use.

We are working on a free and open source “textbook/toolkit" that addresses the need to teach, contextualize, and share a wide array of contemporary media (art + design + social practice) skills in the first year of college (or earlier) using project scenarios that integrate technology and studio practice(s) in contemporary meaningful ways.

We believe that as companies like Apple turn from education and full operating systems to iDevice designed for consumption and as megacorporations like NBC Universal (Comcast GE) abandon support for any sort of open Internet in favor of intellectual property control, young artists should be introduced to the technologies and approaches behind the constant manipulative media stream they are subject to from birth and should have some agency in making digital art and design work free of corporate influence and constraints.

The textbook/toolkit will address and include both technical topics (e.g. what are vectors, how can you set up an ad hoc mobile network, etc) and conceptual approaches (e.g. social networking sites as control structures, media literacy, history of the internets, new forms and materials, etc) as well as language and resources for going further with skills and ideas. This textbook can be used as a reliable point of reference for those of us who need to develop and design scalable responsive curriculum for beginners. Our goal is to design for artists and teachers, in a format that is accessible to a very wide demographic, and friendly to all levels of learning.