City of Work by Michael Lewy
By joanne mcneil

City of Work is a project by Michael Lewy including maps, charts, videos, letters, and 3D rendering made with Vue and Google SketchUp. I caught up with Lewy over email to find out more about how this city operates.

City of Work appears to be a superfiction of videos and architectural rendering. Could you describe the story behind it?

City of Work is a dystopian society. Work is all encompassing, vacation is chosen by lottery and each individual is tested at the HUMAN POTENTIAL INSTITUTE.  I wanted to create a work that would use a lot of different media to discuss the ideas of success and failure. Along with the video I have also created blueprints, advertising, PowerPoint charts, social media, websites and architectural renderings. 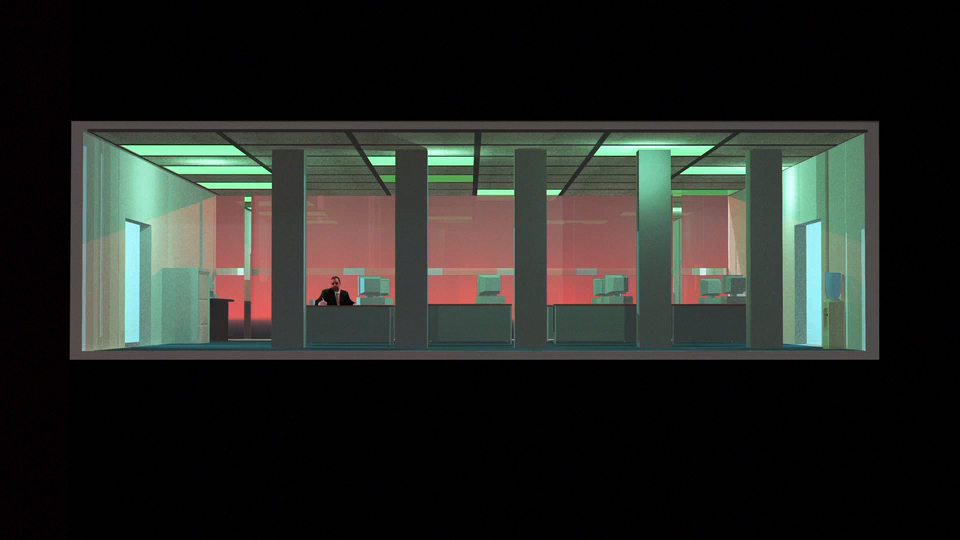 The project seems inspired by corporate management training videos and human resources handbooks. Did you do any research outside of your own office experiences?

The Prelinger Archives, is a great resource for industrial films form the 40’s and 50’s – I look at those a lot. I also look at a lot of architecture from the 1970’s, I have a fondness for the Brutalism period and Russian architecture.

How does one escape the City of Work?

It is gated city but I don’t think of it as a prison. People end there by choice. So I guess you would escape by moving away.