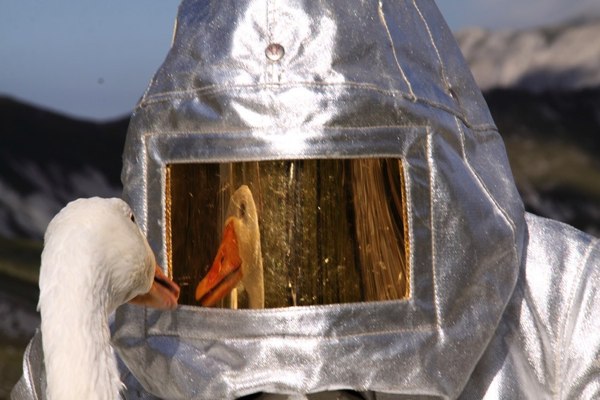 The projects of German artist, Agnes Meyer-Brandis, flirt with the construction of scientific knowledge, grasping and slipping between the object and subject. Drawing from a background in visual and new media art practice, Meyer-Brandis creates installations, performances, and film that drift from scientific theory into fiction and wonder. Her work draws parallels with fictional and quasi-fiction worlds, those of space cadets and armchair rocket launchers.

Exploring recurring subjects such as gravity, weightlessness and space travel, her work has led to collaborations with scientists and researchers providing access to operations and activities usually restricted to scientific experimentation only. In 2007, while working on a project called Cloud-Core-Scanner she travelled on a zero gravity flight in collaboration with the DLR (German Aerospace Centre) to examine the formation of clouds in a weightless environment. As well as a rigorous scientific approach, her work is often tinged with a playful humour, such as her series of public meteor watching events, where participants are instructed to bring a safety helmet. 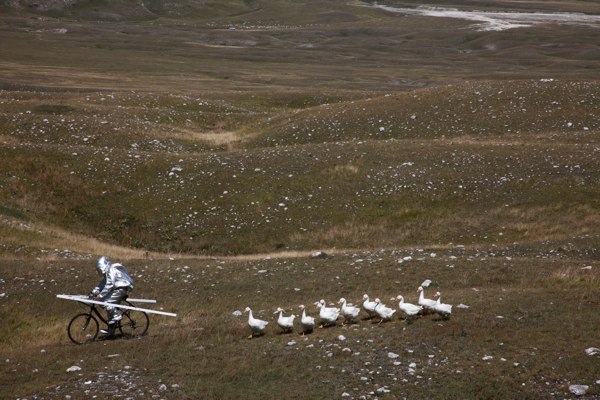 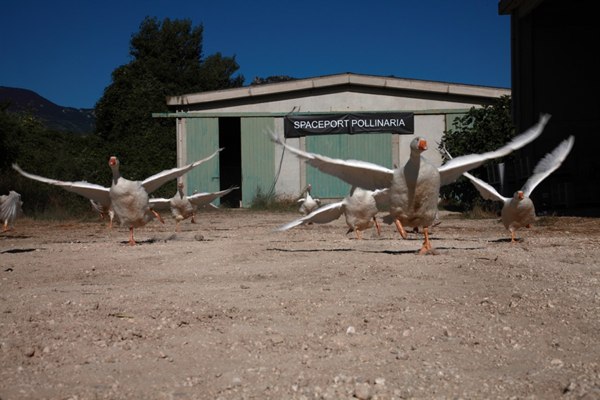 Her latest work, Moon Goose Analogue: Lunar Migration Bird Facility is currently showing as part of a group exhibition curated by Arts Catalysts at FACT in Liverpool, UK before touring to AV Festival 12 in Newcastle upon Tyne, UK. Her contribution to the show was originally conceived as a quest to investigate gravitational anomalies, mythological pockets of low gravity but it eventually became the fruition of a project she started several years ago.  While preparing for her weightlessness flight experiment she discovered, Frances Godwin’s The Man in the Moone. Completed in 1638, the book is one of the first works of science fiction and the first to describe the notion of weightlessness as the protagonist flies to the Moon in a chariot towed by ‘moon geese’. Fascinated and inspired by the book, Agnes set out to create an exploratory journey to the moon, powered by the flight of her own flock of geese.

Bred and trained by the artist on a farm in Pollinaria, Italy, a kind of avian MARS 500, the Moon Geese are named after previous space explorers such as Neil, Svetlana, Juri, and Buzz. In a video document of her mission to space we see the artist journeying across lonely and isolated landscapes, single minded, determined and caring she coaxes the geese ever closer to flight. Although, as she admits she is having problems to get them to fly, as she describes them, they are a bit lazy. But as Agnes outlines, if you want to travel into space you need bonding, you need to be a very good team so we see the geese and artist as goose mother in training, running and explaining the laws of flight. 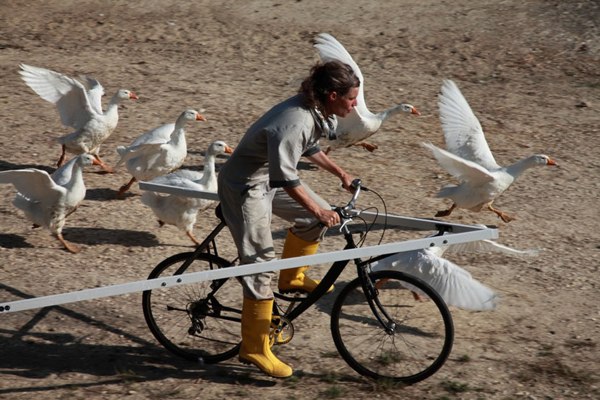 Built on youthful dreams of becoming astronauts and seeing the curvature of the earth, her work highlights contradictions and possibilities questioning how science can be caught up and directed by our imagination and desires.