The Art of Fieldwork
By Rachel Wetzler 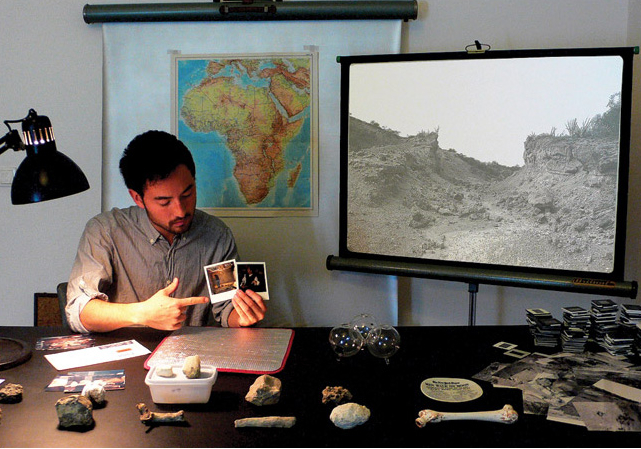 In 2008, the New York-based artist Ellie Ga joined the crew of the Tara, a sailboat drifting in the Arctic Ocean as part of a scientific expedition, occupying the incongruous position of the ship’s “artist-in-residence” among a team of scientific researchers. The role of “artist in residence” on a scientific expedition is a malleable one, without clearly defined parameters, thus Ga decided that her project would be to become the ship’s archivist, attempting to capture the various facets of life aboard the Tara: the ways in which the crew organized the world around them without conventional landmarks; how they entertained themselves; the sense of uncertainty that results from following the whims of weather patterns, never quite knowing where they would move next; as well as her own personal associations and insights about the expedition and their surroundings, unburdened by the demands of scientific fact or reportage.

In the resulting body of work, which has taken various forms, including lectures, performances, slideshows, and videos, her personal narratives and memories often occupy a central role. In the performance Reading the Deck of Tara at the Lower East Side gallery Bureau in 2011, visitors were given one-on-one readings with the artist herself, in which she used a custom deck of cards inspired by those used in fortunetelling to relay aspects of her life aboard Tara. Each visitor’s particular cards determined the form and content of the narrative, with each reading—and thus each version of the story she’d tell—being particular to that visitor, the performance’s element of chance echoing the movement of a ship adrift. 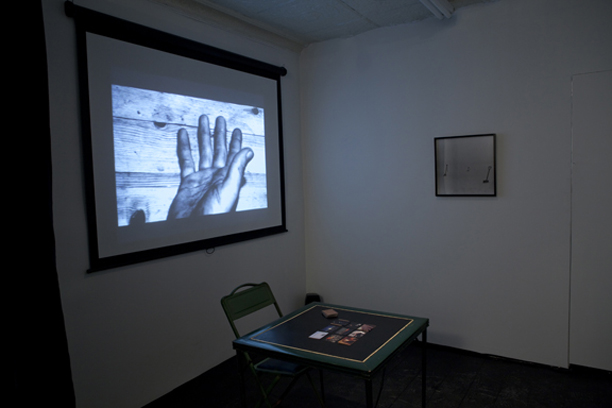 Borrowing methods from various disciplines, from sociology to fiction writing, Ga is one of a number of younger contemporary artists whose work is tied to a kind of artistic fieldwork, investigating aspects of their lives and interests by merging the apparent objectivity of documentary forms and anthropological research with a plainly subjective, flexible approach, drawing on multiple methodologies and discourses. While the “archival impulse” in contemporary art is hardly a new phenomenon, and research-oriented practices have arguably become the norm rather than the exception, what seems to differentiate work like Ga’s from those that fall under the broad, often contested banner of “relational,” “dialogical,” or “socially-engaged art,” is that the endgame here isn’t to offer a historiographic corrective or engage an outside community; rather, the role of artist is treated as license to borrow freely, to temporarily adopt and explore different modes of working, living, or thinking.

Like Ga, New York-based Swedish artist Sara Jordenö’s projects also often take the form of atypical archives, presenting the results of her research in the form of films, installations, animations, drawings, and text. Heavily informed by sociology, she has referred to her work as “performative investigations,” highlighting the tensions implicit in artistic research and the shifting roles she plays in the process of creating it. The Persona Project (2000-2010) is a work in seven parts revolving around Ingmar Bergman’s 1966 film Persona, the artist’s favorite film. Created over the course of a decade, the resulting archive examines what Jordenö describes as the film’s “peripheral” voices: those impacting the film’s creation, circulation, and reception but rarely, if ever, considered, ranging from translators and voice-over actors to the woman who lives in the house where Persona was filmed. Ultimately the archive Jordenö creates with the Persona Project is an idiosyncratic one, less a portrait of Bergman’s Persona—its ostensible subject—than a reflection of the artist’s own concerns mediated through a form of near-obsessive research. 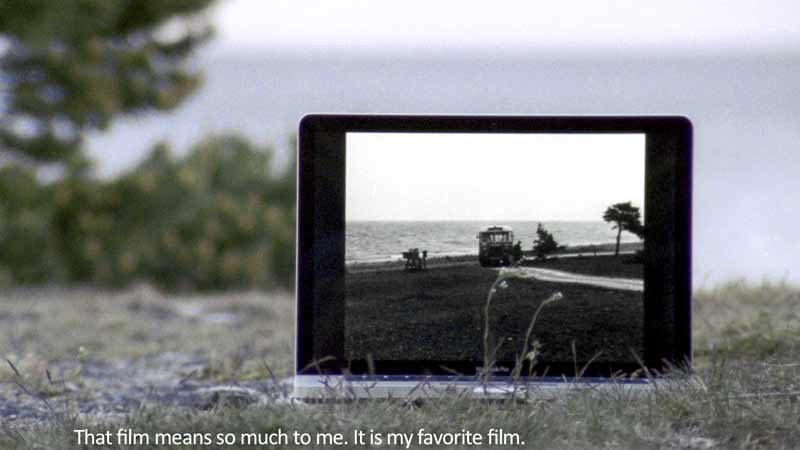 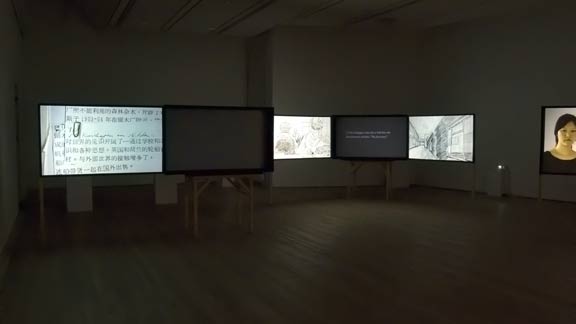 Sara Jordenö, Installation view of "The Diamond People--Instructions for a film", (2010) at the Bildmuseet, Umeå

Similarly, her project Diamond People—Instructions for a film (2010) examines issues of labor and globalization through an investigation into the synthetic diamond industry in Sweden, South Africa, and China. However, the project goes beyond merely charting the relationship between these geographically distant and yet economically intertwined sites. Combining more typically “documentary” media like photography and video with drawing, poetry, and animation, the project equally reflects Jordenö’s concern with the implications of her anthropological approach and her own shifting relationship to the subjects of her inquiry: one of the places she considers is her hometown, the Swedish industrial town of Robertsfors, and the synthetic diamond factory around which life in the community revolves was her first employer, working in the payroll office during summers as a teenager. The subtitle, “Instructions for a film,” is itself enigmatic, hinting at something in need of assembly, as in industrial manufacturing, but also suggesting a work-in-progress, or perhaps even a coy invitation to the viewer to take up the task of attempting to resolve the project’s inherent complexities and contradictions.

Though his projects might appear, at first glance, to have little in common with Jordenö’s, the work of Berlin-based British-Japanese artist Simon Fujiwara is similarly concerned with adopting multiple roles to probe aspects of his own personal history, casting himself variously as anthropologist, architect, novelist, and raconteur. In the project The Museum of Incest, Fujiwara created a proposal for a museum at the “Cradle of Mankind” in Africa, where many of the oldest hominid fossils have been discovered. The premise for Fujiwara’s museum is that the origins of man are rooted in incest, envisioning an alternative natural history museum in which we are all products of society’s greatest taboo. Drawing on the conventions of academic lectures and archaeological displays, the absurd proposal includes an exploration of the architectural complex that would house the museum, composed of parts of existing buildings designed by Fujiwara’s architect father. 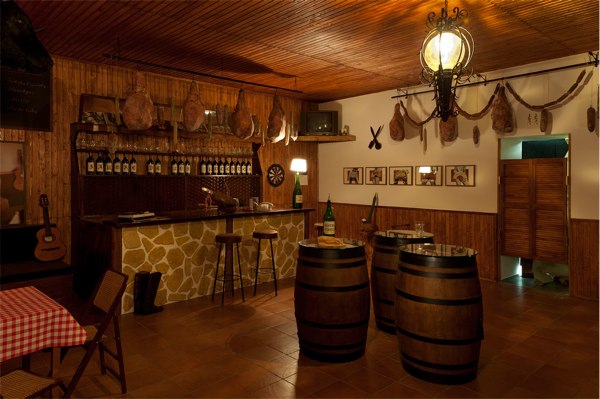 Likewise, for the multi-layered project “Welcome to The Hotel Munber,” the artist took inspiration from a hotel owned and operated by his parents in Franco’s Spain during the 1970s, reconstructing the hotel bar based on descriptions and photographs, and attempting to write an erotic novel set in it, casting his father as the gay protagonist. When presenting the work as a lecture, Fujiwara similarly adopts a pseudo-academic mode, combining extracts from his fictionalized narrative of his parents’ life in Spain with their photographs, memorabilia from the hotel, and newspaper clippings, blurring the boundaries between the factual and fictional. That a dramatized version of “Welcome to the Hotel Mumber” formed the second act of Fujiwara’s recent Performa commission “The Boy Who Cried Wolf” only serves to further challenge our ability to distinguish between the elements Fujiwara has invented wholesale and those that are accurate recollections of events

When asked, in a 2009 interview, about the ways in which he adopts various identities in creating his works, borrowing from their tropes and methodologies, but never fully conforming to their professional standards, Fujiwara responded:

Who says I’m not a writer or an architect or anything? Who has the authority to decide these things? […] Honestly, I am a fraud, I’m an outsider in all these fields, but this gives me the liberty to work subjectively. Truth and accuracy are not my concerns. If an academic would work with fiction in this way, it would be dishonest, wrong even, whereas you’d be a fool to trust an artist in the first place.

Fujiwara’s quote might arguably best sum up this tendency: if art can be anything, then the artist can also be anyone. Though their work is strikingly different in process and final form, Ga, Jordenö, and Fujiwara, to consider only a few of the artists working in this vein, explore the possibilities offered by different disciplines, choosing to be as rigorous—or as lax—as they see fit. Yet, rather than resulting in watered-down versions of social science, in which the methods of a more supposedly “serious” field are employed to confer a veneer of relevance or gravity on an artistic project, the work of these artists is enlivened by the marrying of the subjective and idiosyncratic with the academic and research-intensive.

For a younger generation of artists, for whom the use of technology is natural and the Internet an inextricable part of information gathering, the ability to adopt these various strategies and roles is greatly enhanced by the accessibility of information: in an Internet age, the barriers to research begin to collapse. While these projects are typically presented in a physical format—as an installation, a book, a film, a performance, and so on—what is striking is that the form itself is flexible; each of the artists discussed here has presented the results of their research in multiple different ways, allowing each project to take on several different incarnations. This, too, arguably reflects a new attitude towards a research-based practice, and the influence of the digital world: rather than conceiving of their work as a physical entity, with a particular, fixed form, it is instead versatile and open-ended.

I enjoyed this. Thanks.