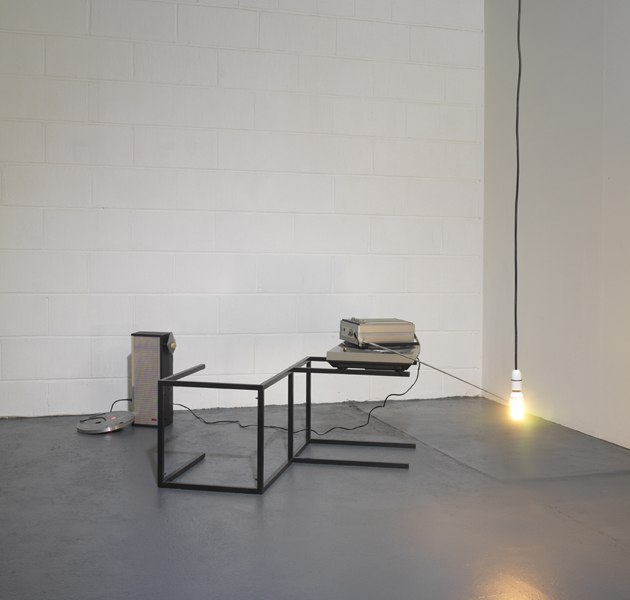 All your found sculptural assemblages are culled from your immediate local surroundings and re-appropriated into Rube Goldberg like contraptions with each object serving a very specified transmissive function. The sculptural forms then become crucial as they exist to explicate the sounds themselves. Can you expand on the intentionality of the material used, or lack thereof? How do you approach the documentation of these sculptures as images on the internet, without the accompanied support/context of audio?

As images or objects devoid of their operational potential, the works are sculptures like any other static and quiet object of art.  I see their formal qualities as a thing in itself - the aesthetic result of a process of engineering music.  So the form follows function and therefore the composition or constellation of objects becomes somehow more gestural than designed.  Of course as images it is difficult to understand the work as a whole but I hope that the form opens up some ideas around traditional sculpture.

Works like Adhãn, Taka Tak and Evolution of a Revolution, capture a certain political ethos and critique specific Islamic ideological structures .  Where potentially, can sound, and music in general (your own and others) exist in such arenas?  Where do you see its potential? How do you think it can actively function and what form can it take, besides one of aestheticizing politics?

To be honest I don't believe it can have any immediate function other than an aesthetic one, however, I do think the proliferation of sound and music within an Islamic society can have a transformative social function. This, however, isn't the aim of my practice.  For me it's a way of understanding and rationalising the problems around belief systems in general such as religious faith.  I make an ideological critique on Islam because I understand it more by growing up with it, but really the critique is about dogmatic views that are prevalent in all types of religious faith.

As software and technology fluctuate from being highly complex, new and unaccessible to consumerable and egalitarian, sound and music production increase with the amount of people determined and willing to, on a whim, express themselves.  Digitization and recent computing technology, has in general been understood within opaque boundaries, .i.e. we don't really understand how these things we use work.  There's definitely a type of 'analog' transparency that's apparent in your installations and though we may never technically understand your acoustic spaces, we can witness moments of its disambiguation.  Can you talk more about the importance and responsibility of working this way?

The demystification of processes in art is important to me.  I guess it's an open-source sensibility that is synonymous with the development of technology.  Yes it's true that analogue is easier to understand but that's only now that our knowledge and education has caught up.  50 years ago an ordinary person would not know the workings of a transistor radio but now kids make such things at school and I imagine the same will happen with modern digital technology.  The other thing that I find interesting is that the principle remains the same - electricity passes through components either at varying degrees or simply just on and off.  For example the world digital has been around for a while.  In the 80's we prefixed calculators and Casio watches with the word digital.   But now we associate the word with technology that is not analogue.  So digits that once were numbers 0 - 9 have now been reduced to just 0 and 1.  It's a simplification or codification of information coupled with a semantic shift.  I find this interesting as a way of thinking about how language or at least syntax could become outmoded.

This is a challenging question that I guess I could write an essay on!  I think Marx and his legacy, mainly through French post-strucualist thought, is something that I refer to in contextualising my work and how it is presented in the world.  An important area of thinking for me is Marxist value systems and how art can manipulate and distort the idea of use, exchange and surplus value.  Another is the idea of materialism in that nothing in the world is new, it's just modified material.  And thirdly is the idea of mediation.  I believe any form of mediation is a step away from reality or truth.  Reading this sentence in your email or on the Rhizome website is not an experience of me and my thoughts but rather a mediated (and probably edited) representation of me. 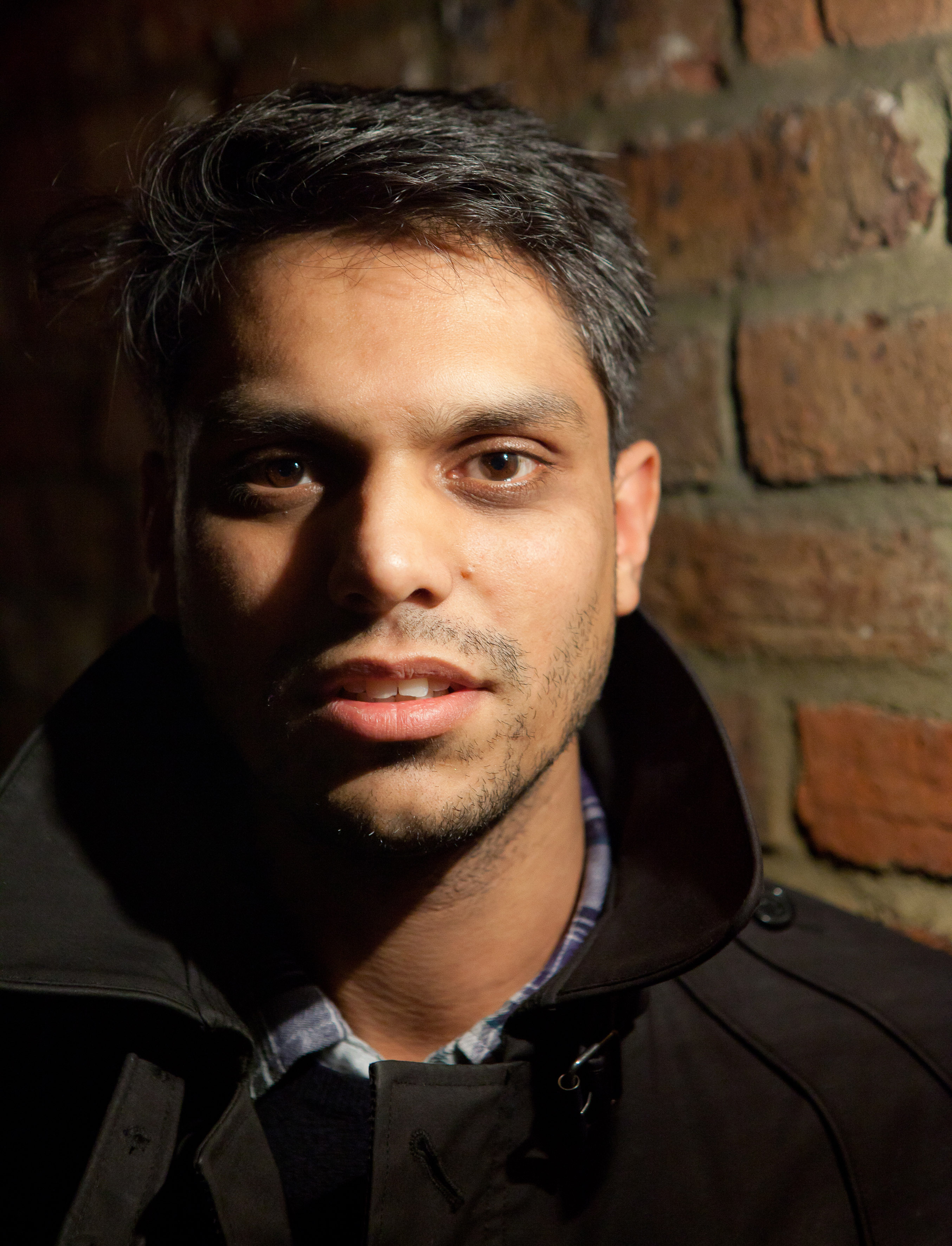 If we assume Marshall McLuhan's idea of technology then its when I started to help my mum make clothes when I was a kid.  I was probably 8 or something.

I use a soldering iron a lot.  The first time I used one was when I did work experience in a company that developed networking systems.  I was 13.  Artists have welded for years.  Soldering is mini welding.

Are you involved in other creative or social activities (i.e. music, writing, activism, community organising)?

A little yes, but I see these things all part of my practice.  Other than DJing - that's separate although it deeply informs my work.

I used to make Pizza's and also worked in McDonalds for a while.  I'm sure it has some influence somewhere but nothing significant.  I used to design websites and some print material too.  I'm very interested in design and design processes because it has an immediate impact on everyday praxis.

I have collaborated with many people on many projects.  Some are straight collaborations others are curatorial projects and some are instances where I've incorporated existing works into my own installations.  Laura Buckley, Dave Maclean, Django Django, Jeremy Deller, Guy Sherwin, Nina Canell, Giles Round, Angus Fairhurst, Torsten Lauschmann, Richard Sides, James Clarkson, Ed Atkins, James Richards, Theo Burt, Joy Division, Peter Saville, Richard 'Kid' Strange, Kim Coleman and Jenny Hogarth are some of the people I've worked with on various projects.

Not enough at the moment. It would be easier to say which authors don't inspire me.