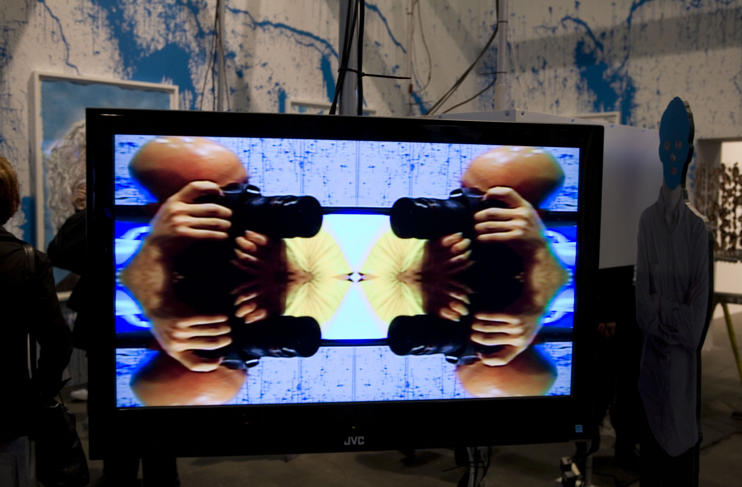 Where are you?  Jon Kessler's The Blue Period involves surveillance cameras, cardboard figures, collaged portraits, and video monitors to answer that establishing question in different ways.  In his exhibit, viewers are located via camera capture, then turn to find themselves on video screens.  They become spectators and a part of the spectacle (Kessler has an acknowledged affinity for Debord), pinpointing their actual and metaphorical whereabouts by viewing themselves in a loop of mediated images. 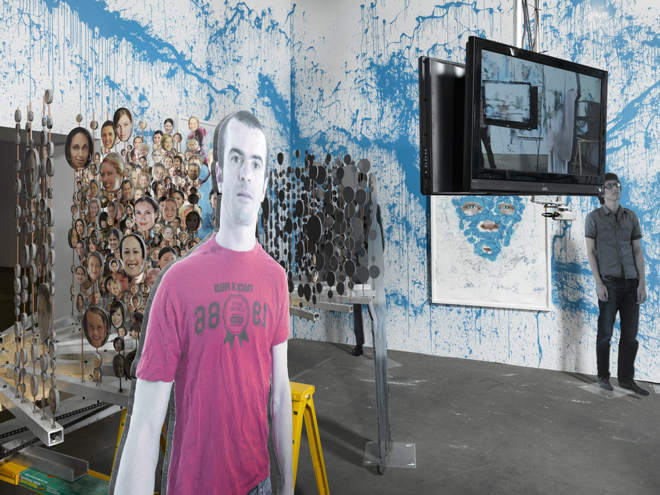 If one of the cameras in Kessler's piece had localization functionality, it could infer position based on a current view of the scene like a QR code can.  In scanning a QR code for embedded information, an individual effectively informs on himself, firing a flare in space.  A sort of inverse to The Blue Period's accumulation of intermediary images with unlocatable sources, QR codes create an augmented reality where a mediated physical environment gains content through revealing position. 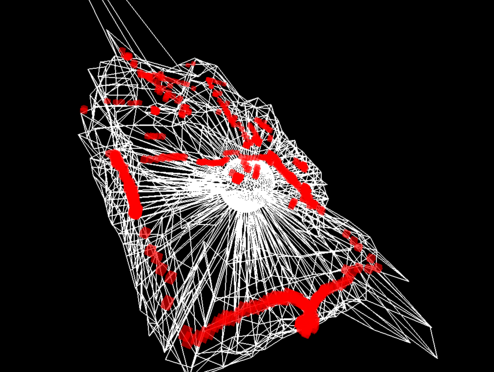 The überbeamer, a hand-held, spatially-aware projection system reminiscent of Ghostbuster weaponry by artist Eric Mika, expands on augmented reality by using a projector to draw content directly onto surfaces.  The device knows where you are relative to where you've been, storing a three-dimensional model of its environment.  Comprehending the geometry of a scene, and your location in it, the überbeamer has the same functionality as a QR code to overlay digital information and track location.  And it does so without covering the world with robot barf.