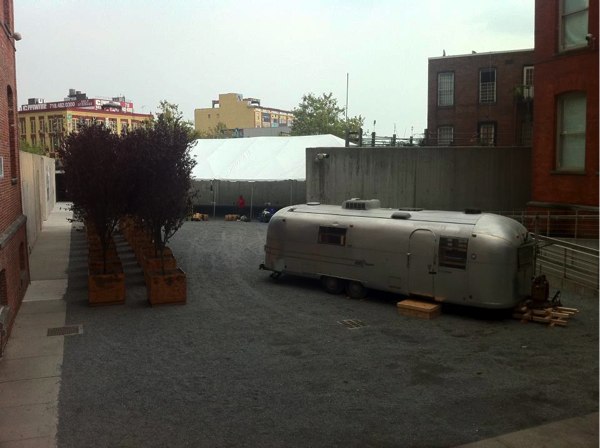 E-flux’s book coop is a mobile home for publications from over two hundred art institutions across the world. It will be presented at the New York Art Book Fair, which opens today and runs through the weekend at MoMA PS1. I aksed e-flux for more information about the project:

Costly and often monopolistic approaches to the distribution of art books has resulted in a situation where it has become common for not only the author, but also the publisher to receive little to no revenue for a book's sales. The book coop was initiated as a way to bring together and give greater access to an array of contemporary art publications being produced by museums, foundations, residency programs, artist-run spaces, and universities all over the world. It was formed to offer these publishers the opportunity to make their titles public without having to follow the traditional routes provided by distributors, and to experiment with publishers to create a platform where the responsibilities of distribution and access are shared.

The members of the book coop represent a good majority of the e-flux journal network, a group of over 200 varied contemporary art institutions who print and locally distribute the e-flux journal. When forming the project earlier this year we invited all journal network members to participate. New members of the book coop have been added to the initial group since announcing the project’s presence at the NYABF last week, which is great.

We first presented the book coop at Art Basel this summer as part of the Kopfbau, a larger e-flux project which saw us occupy an old Art Basel office slated for demolition. We took a few of the offices, demolished a couple of walls to make a large rectangular room with wall to wall, almost floor to ceiling books on two sides. Each member of the coop had a few shelves for their books. We made some chairs from the materials found in the building for visitors to use and browse books. So the room became a pop-up library or meeting place; sometimes it was busy with a book launch event, the next it was quiet with people taking a break from the fair while browsing a few titles. People were really curious about what was going on so we did a lot of talking about the project and they often stayed to browse for quite a while. It was great to see people pull books from the shelves and say look, this is the book by this artist I was telling you about, or the exhibition we saw in so and so, or wow, I've been looking for this for ages but haven’t been able to find it anywhere; making connections that they otherwise wouldn’t have.

How does the coop work? It’s really simple. Each member sends us a selection of around 5–8 titles and we sell them on their behalf at the price requested. We return sales less a tiny amount, which the book coop retains for operational costs. So there’s a lot of trust involved, especially so when we first began developing the project.

The coop is a perpetually roving project, but it may eventually find its way back to New York after it’s been on a world tour. After the fair it’s going to stay in New York until the beginning of next year, when it will begin the tour, starting on the East Coast of the US. We’ll keep you posted on the schedule!