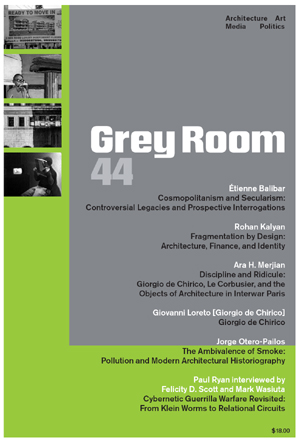 “Cybernetic Guerrilla Warfare Revisited: From Klein Worms to Relational Circuits” In an interview by Felicity D. Scott and Mark Wasiuta for the Summer 2011 issue of GreyRoom, artist and writer Paul Ryan talks about the time he spent working with Marshall McLuhan, the early days of video art, and his work.

“At that moment [1967] I thought of myself as a writer. I was holed up on the Lower East Side of Manhattan with my typewriter, trying to write, and I heard McLuhan on the raso saying, ‘of course, in this electronic age of computers, satellites, radio, and television, the writer is no longer somebody holed up in his garret pounding a typewriter!’ It stopped me cold. I had to find out what this guy was about.”

Ryan gives a fascinating account of video art in the 1960s, from the Howard Wise Gallery, to securing money from the New York State Council for the Arts for video art at a time when no such funding was readily available, and tells the story of meeting the heir to the IBM fortune who admired McLuhan and wanted to give him two Sony Portapaks that both ended in Ryan’s hands to “experiment” with. 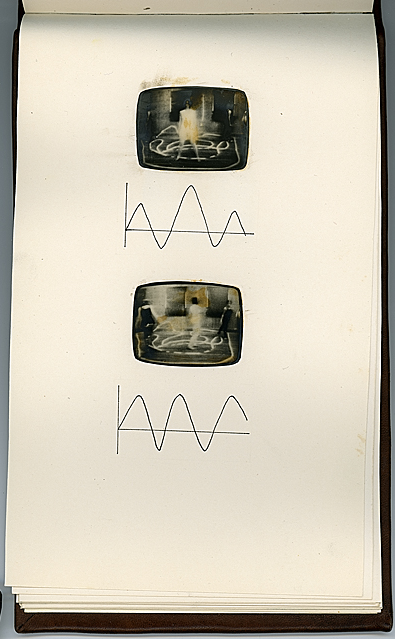 Artist book based on the Triadic Tapes, 1976 (via the Smithsonian Archives of American Art)

Ryan wrote extensively about video art, cybernetics, and technology; his work was then featured in some seminal exhibitions, such as “TV as a Creative Medium” at the Howard Wise Gallery (1969) and “Primitivism in Twentieth Century Art” at MoMA (1984). (Here's a 1969 letter by Ryan to Howard Wise.)

“I would avoid the term visual to describe video. You can see a bottle of perfume, but sight is not the sense it really affects. You can see video images but their effect is primarily kinesthetic or proprioceptive when you see yourself. Video is about perceiving events with the nervous system, not visualizing in a pictorial way.”