Connecting at ContactCon
By joanne mcneil 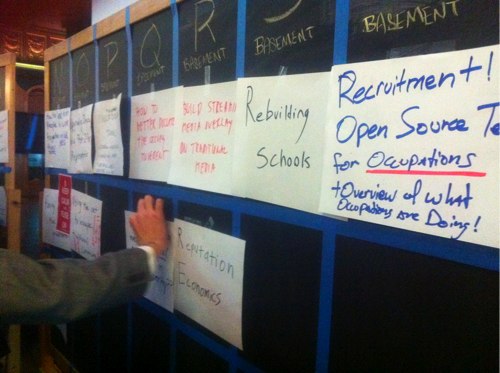 Last week, Douglas Rushkoff hosted ContactCon at the Angel Orensanz Foundation in the Lower East Side. This unconference model symposium, co-organized by Vanessa Miemis, aimed to put into action ideas that challenge censorship, corporate ownership, and other unfree aspects of internet technology. As Rushkoff explained to Alternet's Sarah Jaffe, the event hoped to "reify the 'net values of 1992 back up to 2012."

The event started with "provocations" from participants representing progressiving technology organizations like FreedomBox and Telecomix (videos), in addition to well known speakers like Eli Pariser and Laura Flanders. Afterward, participants organized into small groups discussing issues ranging from the highly technical — mesh networks and coownership of the physical layer — to a proposal to organize hacker spaces in libraries (which was well received by the audience, for, as Rushkoff pointed out, the idea is clear and actionable.) 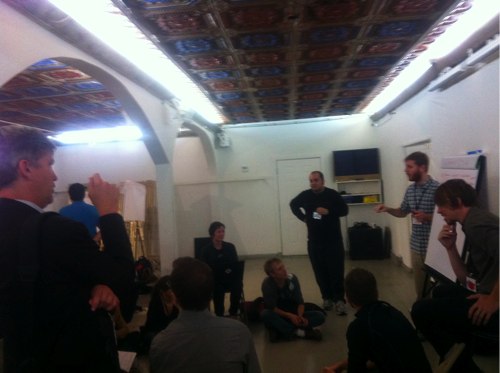 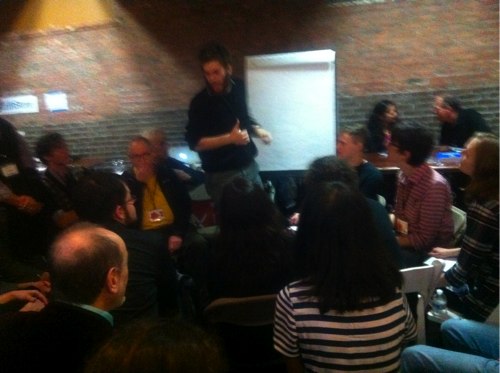 ContactCon was announced last spring, several months before a decentralized movement took off in New York, and later the rest of the world. While Rushkoff, who is writing some of the most thoughtful editorials on Occupy Wall Street for CNN ("Think Occupy Wall St. is a phase? You don't get it" and "Occupy Wall Street beta tests a new way of living"), is enthusiastic about the occupation of Zuccotti Park, ContactCon managed to remain focused on internet and technology-specific goals. While there were many proposals related to OWS, these ideas still incorporated networks, communication, and documentation — and were usually applicable beyond Wall Street. 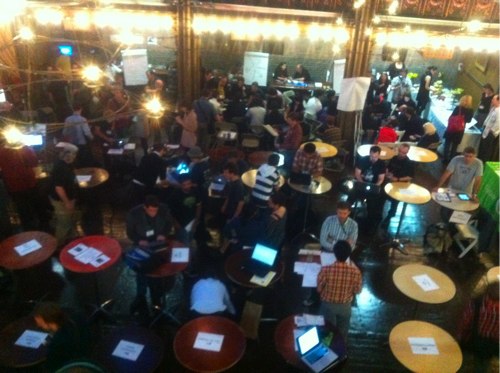 More on the event: