She Was A Camera
By Melissa Gira Grant 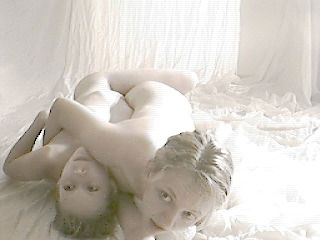 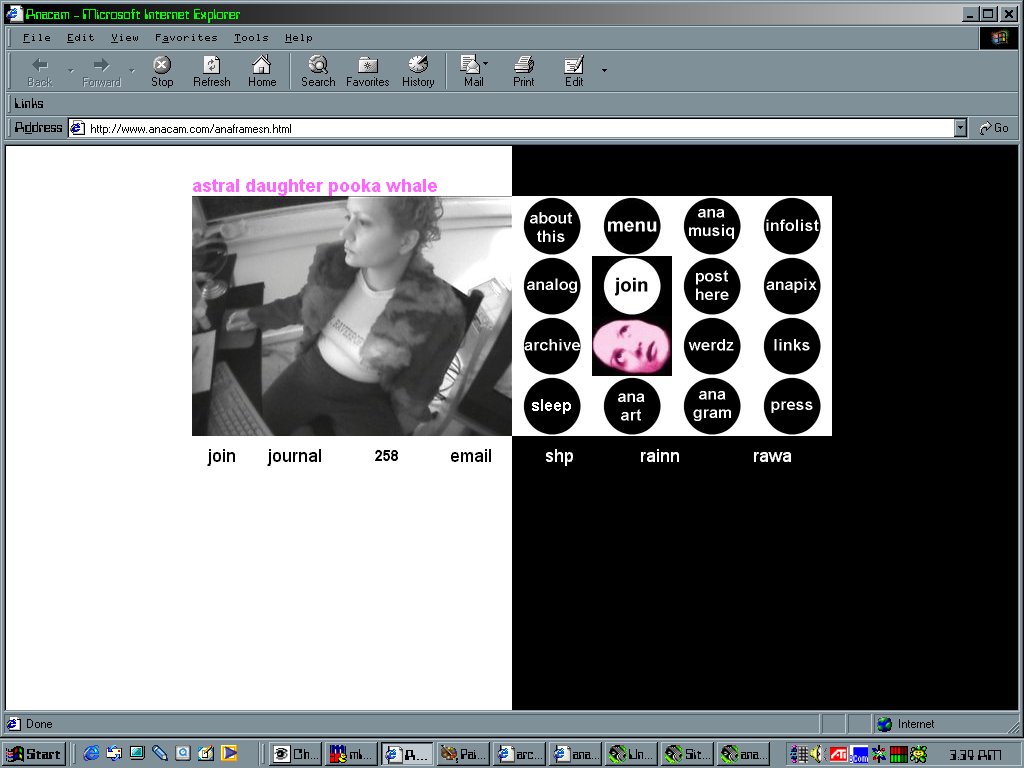 In 1997, a Minneapolis-based electronic pop musician named Ana Voog launched what she called “the internet's first 24/7 art/life cam,” which proved to also be its longest running. Ana and Anacam had little in common with the more tv-ready camgirl Jennifer Ringley, who launched JenniCam only one year before. Media attention focused on Jenni, Ana, and other camgirls' occasional nudity, though a viewer was just as likely, when visiting their sites, to come across an image of an empty computer chair. Was it fair to compare them at all? Jenni was reluctant to describe her webcam practice as one where she made choices; she explained that she was just broadcasting her life as she lived it. For Ana, the webcam was “a window into my house, into my life (not my life itself, a PICTURE of my life, please note the difference).” For example, while both did sleep on their webcams, Ana created programming around sleeping-on-a-webcam. For a time she ran an online portal, Universal Sleep Station, where as many as twenty webcams at a time would be trained on sleeping people who had asked her to feature them. The Sleep Station was intentional, communal and reciprocal. If Jenni was a proto-lonelygirl in her room, Ana wanted a room to fit all of us in with her. 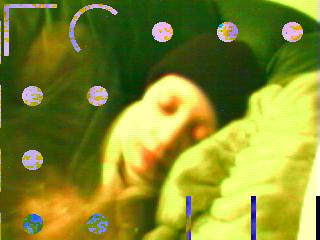 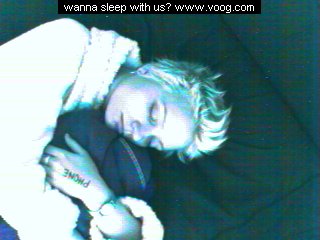 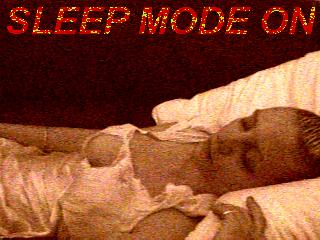 We were thought of as girls who were so desperate for attention that we'd sit alone in front of our computers all day to get it. But if being a camgirl was supposed to be a narcissistic or isolating activity, why did so many camgirls network together like this? When LiveJournal launched in 1999, camgirls were among its first few thousand and most ardent users, writing to fill in the gaps between images. On LiveJournal, over IRC and on mailing lists, we asked one another where webcams were allowed in our homes, how much it was acceptable to change or distort an image, and how much of offline life was represented in the frame.

The tone and content of those early LiveJournal comment threads defied the peep show tease of the little JavaScript countdown clocks under our cam images. The timer would tick down the seconds to a new image, but it was our LiveJournals that provided the context and exposure. Over time, asking and answering our own questions publicly on our blogs was regarded as a practice as essential as being on the camera. Everyone, no matter how few viewers they had, felt as if they had to have a FAQ. 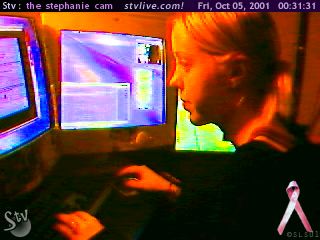 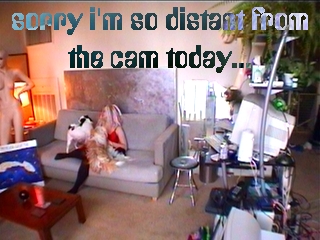 As an early online community, camgirls learned to both live on and produce the web together. We were our own audience. If there were people who were not camgirls watching – actual voyeurs – we could pretend not to notice them. While they watched, we taught each other CSS, compared different models of webcams, and complained about web hosts. It would be sexist to call it an endless slumber party at which presumably male viewers sat on the periphery. It was more a boot camp in How To Make the Web where you could show up sometimes in your pajamas.

The websites we built for our webcams mangled web standards, some intentionally so. (And we did build them ourselves. Even in the late 1990's, relying on Angelfire or GeoCities would be an affront. You had to have what we still called “a vanity domain.”) We abused the <autorefresh> tag and the iframe, which allowed us to embed an image that would replace itself with a new image at an interval we could control – each thirty seconds, sixty seconds, three minutes. Viewers could sometimes get an image that refreshed more frequently if they paid for a membership, but it was the apex of the free web, and many camgirls didn't believe in charging unless they were making pornography outright. 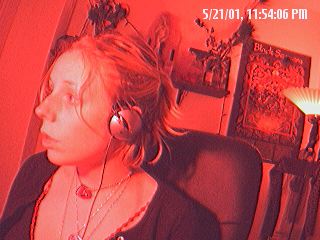 Even while clothed and not charging for it, were camgirls working? Were camgirls performing? We were sleeping, eating, and staring at our computers. We were blogging several times a day, creating and archiving thousands of images in a week of webcasting. Still, it could look like we were just sitting around with our laptops. The labor behind the work we produced was nearly invisible. 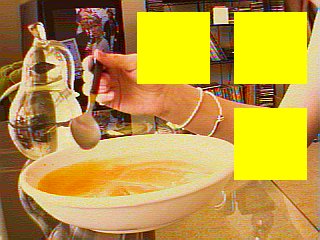 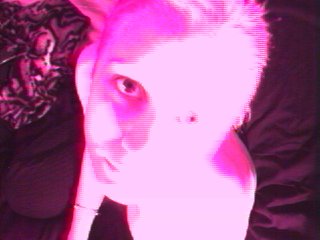 Our hermeticism as an online community only really made sense once it was over. I turned my cam off for good in 2003, and when Flickr launched in 2004, my archives were the first images I thought to post. There's no other way to put it, but they don't work there. They don't work really at all, unless you were there as they were produced, in the live moment. In the end, what we were, and what we were doing, and what we were producing left so little evidence. It's not just that throwing our old sites up as archives misses the point, even if our audiences are still here to see them. What would be lost is the silence and stillness we created in the gutters and in the seconds between images.