If you find Goodiepal’s artwork to be inexplicable, it may be because you’re not a robot or a blade of grass.

Goodiepal (alternately spelled Gaeoudjiparl or Gaodjiperl) has in fact directed his unique and absurd concerts/lectures/performance art/stand up comedy/show-and-tell toward AI.  As he waxes in his Mort Aux Vaches lecture, “We need to start to talk to the machines as human beings, bringing and expecting machines to understand what we are saying....in a Utopian future, [my] work is not only made to be appreciated by human minds.  No, it’s also meant to be worshiped by all kinds of alternative intelligence.”

A Goodiepal performance might begin with a solemn whistled rendition of a patriotic ode.  Often he will place an array of strange handmade objects on a table and begin to move them around methodically on a chess board, occasionally uttering a guttural croak.  He might begin to lecture about his nonlinear conception of time, indicating that small bundles of twine on the table symbolize points of time.  He might impersonate rock bands and do karaoke.  Goodiepal’s lectures would be a complete upheaval of everything you believed if there weren’t wry Dadaist halo around it all. 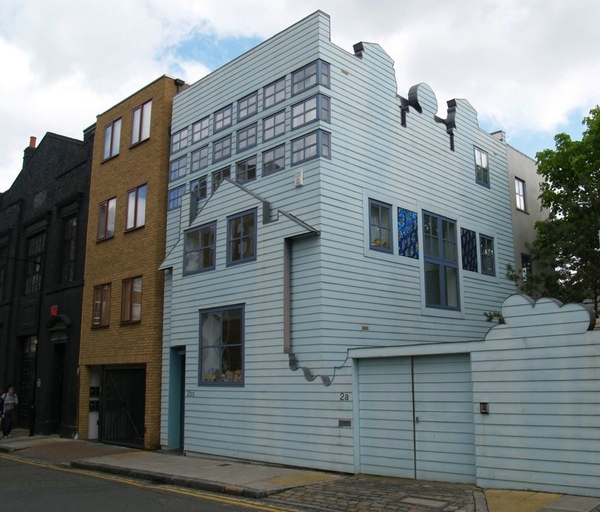 Primarily using voice in recent musical performances is an odd step for Goodiepal, since he was introduced to most fans as a synth musician and builder.  One of Goodiepal’s more infamous synths is an motorized brass bird that has several levers to control a synthesized birdsong.  This synth is just one charismatically packaged part of a massive portfolio of built-from-scratch and modified electronics.  Goodiepal in fact makes much of his income by repairing and modifying synthesizers and various electronics at his studio in London.

Before developing his current multimedia barrage, Goodiepal had already released a slew of comparatively conventional electronic releases, including many on James Kirby’s noise and bastard pop label V/VM.  For the record, Goodiepal is a fully versed in traditional music theory and electronic music techniques - it might be easy to overlook this virtuosity given the way that Goodiepal’s recent work has exploded the concept of electronic music.  Looking back, his breakout LP Narc Beacon, although hailed as a spazzy work of genius by many when released, is very much overshadowed by the massive conceptual wall Goodiepal has gradually built up around himself.

Hear this educational artwork that teaches you to make new kinds of conceptual electronic music.

Indeed, the arc of Goodiepal’s career leads from quirky electronic noise-pop to a conceptual challenge of the norms of music composition and a cross-collision of media.  Goodiepal’s own claim is that his conception of electronic music has become so radical that his relationship has become hostile with the Danish Royal Academy of Music, where Goodiepal lectured for several years.  On the other hand, much of this dissolution is also related to the alleged theft of University property as well as shutdown of websites by SYNGOK, a hacking group which includes Goodiepal. Goodiepal is currently wanted by the Danish police.

This controversy may be related to a road trip Goodiepal is currently making from Paris to Moscow on a covered recumbent bicycle.  As Goodiepal explains, “i spent around 9 houers as a velomobile a day, and when i do so  i go by the name  KOMMUNAL KLON KOMPUTER  02.  Iæam currently making my way form paris to moscow in this velomobile form.  Everybody there spents more the 6 houers a day on wheels is a transhumanist in my openion.”  This recent fallout with the university marks the second time Goodiepal has come under criminal suspicions; after designing jingles for corporations such as Sony and Nokia, Goodiepal was fired in 2003 after an ownership dispute went to court concerning a second position he held at an ad consulting firm. 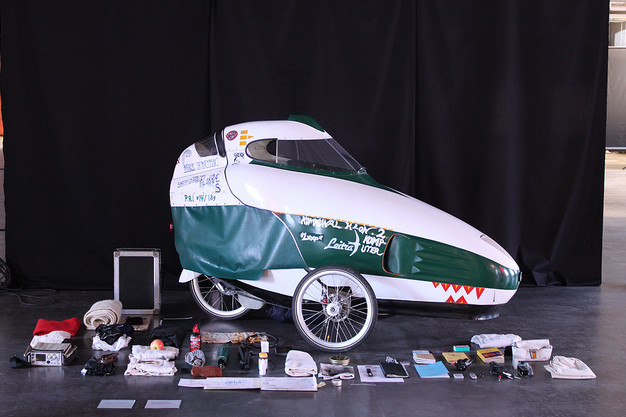 One of the finest examples of Goodiepal’s expanding concept of music is his instructional/musical piece Mort Aux Vaches Ekstra Extra  embedded above.  In it Goodiepal explains how time can be non-linear in composition.  “You see young talented minds totally dominated by the power and the heaviness of the modern-day computer world...now the time track, left to right, that is the first thing that has to be challenged.”

Another major critique of modern music is the Deluzian concern that artists’ presumption of human intelligence’s uniqueness pervades their art making.  “Creating art should be unlimited, in Europe there is thows composers ho think music is only for humanbeings and that it is not to be injoied, or reflexted upon by animals, plants, HIgh END-time travelers, Artifical or alternative inteligences or  any of there there likes.  butt this is a moderen form of facisem!  think we have under estimated the concept of inteligence to a very large extent, and we in the wester world seams to think that is is a personal thing, MY inteligense Vs. YOUR Inteligence etc,. But i think Iæam on Inteligente becourse of you and the otehr way around…SO i think we will have a hard time spotting a Artificial inteligence since we do not even knwo what we call real inteligence is!”

Although “creative spelling” is usually a concept that only Kindergarten teachers allow their students to build confidence in writing, Goodiepal morphs written and spoken language to combine and undermine current language forms.  Sometimes Goodiepal is simply destroying language.  At other points, he is actually combining several languages into speech that aims to be universally recognizable across language barriers; Goodiepal himself is a multi-linguist and can even do good (and hilarious) caricatures of various English accents.  “Langungesitcal beriares will not be the same in a few years form now and it is my humble hope and guess that my work will last longer then 10 years and in 10 years time we will be abel to translate quite a few things on the spot.  All my frends all over the world are so worryed that if they do not write in enxlise nobody will understand them, but Give me 10 years and lets se if you do now understand quite a bit of all thise audio recordings even when you haev never been abel to speak danish!” 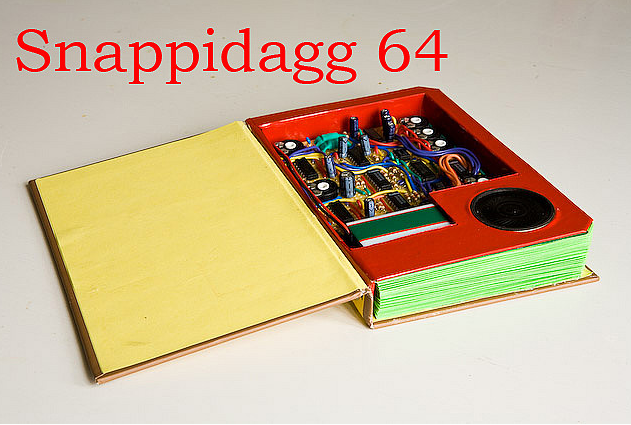 Many examples of Mort Aux Vaches series are contained within a bound book.

Furthermore, Goodiepal’s morphing and combining of distinct languages is related to his futurist theories concerning what is “scannable” and “unscannable”.  One of the great gifts of human intelligence (as opposed to artificial or “alternative” intelligences) is that it can interpret very readily based on context.  For instance, while a human reader can understand Goodiepal’s quotes above, they would be just as difficult for a computer to interpret as captchas designed to block spambots.  According to Goodiepal, human intelligence is either unscannable or very difficult to scan.  So in order to elevate computers and challenge computer learning (computers have in fact been taught to crack many captcha models), Goodiepal’s communicative methods at times enter into lofty territories that resemble a Pentacostal Christian speaking in tongues.  These strange expressive forms, Goodiepal would have it, are for the purpose of elevating his audience including all intelligence forms, and do constitute a new direction in modern music.  Whether you call him a charlatan or a visionary, there is nobody remotely like Goodiepal.

To hear more on Goodiepal’s theories on scannability, and general transhumanist theories, watch the below lecture (which is more than worth your time).