Do Artists and Technologists Create Things the Same Way? Seven on Seven Guests Respond
By Rhizome 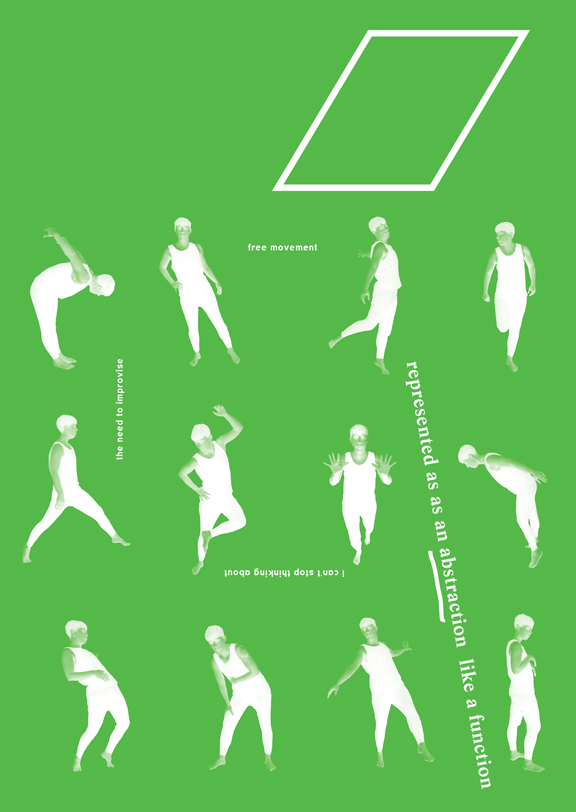 
Seven on Seven participants answer the question: Do you think artists and technologists create things the same way?

Andy Baio
Creative processes vary so wildly, I'd feel like a jerk trying to generalize. I can only speak for myself as someone who loves to flirt with both art and tech, and what I've gleaned from the people I'm lucky enough to know in both fields. So just mentally prefix everything I'm about to say with a giant, blinking sign that says, "USUALLY." The biggest difference I've seen is that it seems like *most* artists start with an emotion they're trying to evoke and that *most* geeks start with a problem they're trying to solve. That stems from the roots of each: most technology has a practical purpose and most art doesn't. But the act of creation for both is similar: artists and technologists have a deep understanding of the capabilities and constraints of their medium -- whether oils on canvas or Ruby on Rails. They know what works well and how to push the constraints of the medium to create something new. They're experimenting and iterating and throwing stuff out constantly, borrowing from other works to various degrees -- from spiritual inspiration to borderline plagiarism -- all in a churning creative process to make something that's both novel and accessible. Because we all just want to be loved, right? Bre Pettis
When I was a schoolteacher teaching art, my mission was to teach young people as many ways as possible for them to express themselves. Some loved ceramics, others love drawing, and others love to push the limits of the medium. With MakerBot, we support people by offering a machine that can make almost anything and it's been wonderful seeing the creativity popping up at Thingiverse.com where MakerBot Operators share their innovation and art. I've always pushed the edges of what's possible. I push through to new technology by exploring the absurd and attempting the impossible. Should we have made a 3D printer that has an alternative frosting extruder attachment? There's very little practical reason for that, but by prototyping it, we paved the way for silicon and clay 3D printing. In regards to art. I am particularly fond of art that has a sense of intention to it. I love it when I can tell that the artist started something and had no idea how it would end, but does it anyway. That kind of intention is something you can smell on a painting and when you see it you know it. A good technology project has the same smell to it and you can tell when a project has an adventurous heart and soul embedded in its design. I want to leave as many possibilities open and explore the viability of the ones that are the most wonderful. As technologists, we at MakerBot take an open source approach to innovation. We try the cheapest, most direct approach and see if it works. If it doesn't, then we iterate. If it does work, we ship it!

Emily Roysdon
I think that even the broad group of people who call themselves artists create in wildly divergent ways. Conceptual, skilled, unskilled, improvisational, political, strategic, trendy, abstract, collective - these are barely one field of production, yet we unite them somehow. A 'technologist' could easily identify and situate themselves as an artist, it is a choice of field and context. Production and discourse.

Erica Sadun
Wow, that's such an open ended question -- creativity expresses itself in different people in such different ways. I've met very organized artists and very freewheeling technologists, as I have the opposite. It's not unusual for technologists to be musicians and artists on the side, and it's not unusual for creatives to express themselves using technology. I suppose that I see both overlap and differences in creation just as I see overlap and differences in temperaments and approaches; it's just that I see this spectrum and range being across all people, not just dividing them into technologists and artists. I suppose it comes down to the classic joke about the two kinds of people: there are those who divide people into two kinds, and those that don't. Jeri Ellsworth
I think the approaches between and artist and technologist are very different. This is why some of the best projects come from teams that have a mix of both. Liz Magic Laser
The range of approaches in both fields is so broad that I am hard-pressed to make generalizations, but I imagine there are similar thought processes involved in our endeavors. We’re both trying to intervene in everyday communication between people in a way that potentially alters the language itself. Michael Bell-Smith
Both put a premium on new ideas, and I think there's a similar 1%-inspiration-99%-perspiration thing that goes on. But - at the risk of oversimplifying things - I think good technology is about solving problems, while good art is about creating problems. This distinction effects the creative process in numerous and radical ways. Kellan Elliott-McCrea
I hesitate to generalize about all artists and all technologists. Which marks me right there, as an engineer by training. Trained to obsess about edge cases and tiny details -- missing the forest for the trees makes no sense, the forest is just many individuals trees, repeated, at scale. Which strikes to heart of one of the key differences I've experienced watching and collaborating with artists. As an engineer my creative act begins by removing ambiguity. What's the simplest possible thing we can do? What's the core of the idea? What's the minimal viable product? When you say pigs should fly, is that sustained flight? Self powered? Do you mean flapping or simply moving through the air? Does flight imply control? Or would a porcine trebuchet get us to a version 1 beta? Maybe we could do some testing by putting a pig on top of a tall tower? Artists I've worked with often take the opposite approach. How can we remove all the walls around this idea? How do we make the possibility space of this idea infinite? Flying pigs are really just an example of the impulse towards freedom that we're trying to address, let's not get too caught up on the pigs, or the flight. Additionally as a technologist I'm often driven by an inner fantasy life of utility (and utopia) with a secret hope of broad impact. Artists seem compelled by the innate desire to express the inexpressible, and a secret hope of widely inspiring. Basely, the difference between being right and being true. Zachary Lieberman
I firmly believe technologists and artists operate in a very similar manner, as researchers, and begin the process of making by asking interesting and pertinent questions of the world around them, and working creatively to build the answers.

A technologist uncovers and discovers patterns and systems, and learns those in order to create a disruption or a redirection. An artist understands but takes the more macro level approach, like question why these systems at all. Both are inherently creative, both can be at odds or symbiotic. I agree that generalization is to be resisted, but being aware of the nuances is productive as well. i am in love with technologists but i cannot be one. Therefore i look for them to collaborate with.
The technologists i know need to have my "as the crow files" point of view too. Its a party really.
Kim Anno