Domenico Quaranta on Jon Rafman show, copyright issues
By Rhizome
Recently Jon Rafman removed several images from the Brand New Paint Job website after an artists' licensing organization based in Canada sent cease and desist letters. In an essay for his show at Fabio Paris Art Gallery, Domenico Quaranta, author of Media, New Media, Postmedia (excerpted on Rhizome) explains why the contested images are fair use: 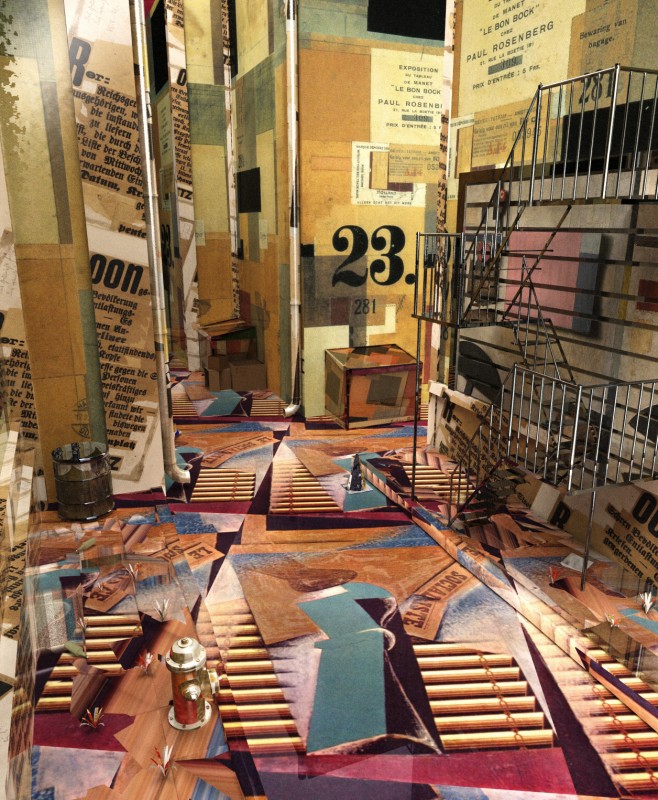 Schwitters Alley, 2011
What makes BNPJ [Brand New Paint Job] a radical project, despite its apparent accessibility, is – on one hand – its not immediate identification as a work of art and – on the other – its referencing of a conception of intellectual property that is not shared by current legislation. As for the first point, without entering into the legal motivations behind the cease and desist letters, it is interesting to note that neither of them refer to the artistic nature of the project. The first makes a generic mention of “images”, and the second refers to an “online game”. It has to be said that if Rafman had been recognised as an artist, and his work as art, it is highly likely that it would have satisfied the criteria for fair use: the limited use of copyright material for specific purposes, as normally applies to artistic appropriations. So how was it possible that a collective set up to protect the interests of artists did not recognise, or refused to recognise, the artistic nature of a work? I think the answer lies in the mode of production and distribution of the works gathered under the collective title BNPJ. As we have seen, the blog gathers works created by papering amateur 3D design models with textures taken from famous paintings. The resulting images – be they bedrooms or lounges, bars or pieces of furniture, human bodies or classical sculptures, cars or planes, film stars or animals – are ambiguous in nature. Some would not look out of place in an interior design magazine, others appear to be extrapolated from a 3D design tutorial. Their distribution in blog form, but without any kind of explanatory information, does the rest, along with the title of the project, which lowers the noble pursuit of “painting” to the commercial slang of “paint job”... Even more of a “violation” is the use that Rafman makes of his sources: these are not credited, and used for decorative purposes to embellish a scholastic 3D design exercise. Drawing a moustache on Mona Lisa is no longer a problem. But using Diego Rivera to decorate a living room, Theo Van Doesburg to embellish a plane, or El Lissitzky to jazz up a Cadillac can become one. This is not about bringing high brow and low brow together, but more a question of putting the high into the service of the low, to produce something closer to the latter than the former, and deny the unique, exceptional nature of high culture... 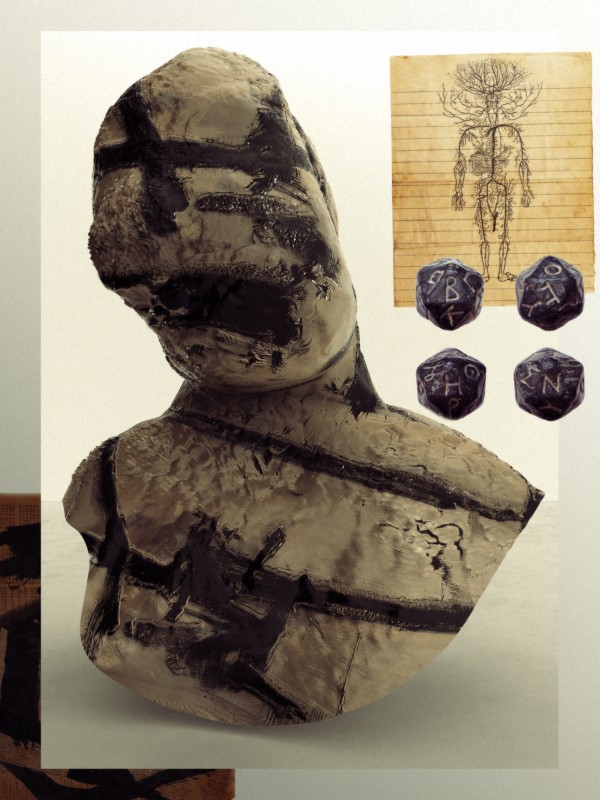 We thus come to the series New Age Demanded (2011), in which the various stylistic registers and production strategies explored separately in other works come together to form a language of exceptional complexity. The centre of each of these images is occupied by an eerie, mysterious, faceless figure, somewhere between a deformed classical bust and a sci-fi character. The material it is made of changes from work to work – from spiky and iridescent to porous and opaque. The skin comes from paintings by Franz Kline, Gerhard Richter or Robert Ryman, but the loan is almost entirely illegible, fully integrated into the vision. In the background, always in the same position, are elements that simulate painting or collage, or boldly declare their own digital origin. Along with cubes, geometric solids, drawings or prints borrowed from who knows where. The Photoshop levels accumulate, as do the literary, philosophical, artistic and alchemical references. Each piece is a trip through time, between past and future, high art and low art, history and narration. Each piece is a response to what the new age seems to demand of an artist like Jon Rafman.

These issues were worked out in depth 20 years ago in music, in lawsuits over copyright. Eventually artists learned to disguise the samples, but then the frisson of the quote was lost. But those wars were worth fighting because the music didn't just quote Beethoven and other warhorses of so-called high art–their aim was every kind of culture imaginable, existing side by side with the new art in the same pop frame of reference. It's not clear why "Brand New Paint Job" takes only the greatest hits of museum/gallery art for its subject–it seems to continue the unfortunate trend of new media artists being resentful gallery also-rans and wannabes. Many other things besides more famous art works could be mapped onto 3D armatures but then you lose the narrative of critique (of something that's already been critiqued to death–painting as a service or commodity).

correction to the first sentence: "…in lawsuits over copyrighting of samples in hiphop music."