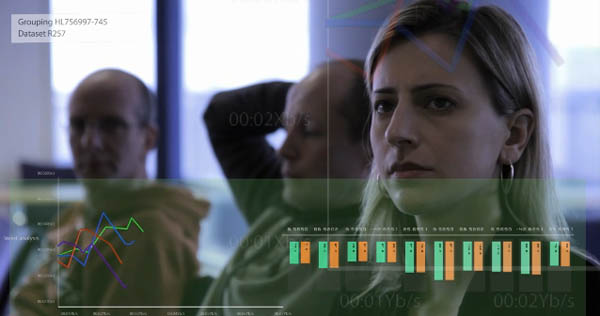 This past Migrating Forms festival opened with a screening of Melanie Gilligan's feature-length film Popular Unrest, which is also available as five episodes on Gilligan's website. Set in a fictional future London, not unlike the present, Popular Unrest seizes upon the modern preoccupation with systems, data, and constant technological improvement. The story revolves around the influence of the "World Spirit," a technological system that controls all transactions and social interactions with the aim of boosting productivity and increasing profitability. The world of the Spirit is a rational existence where everything is monitored, quantified, and rationally controlled. 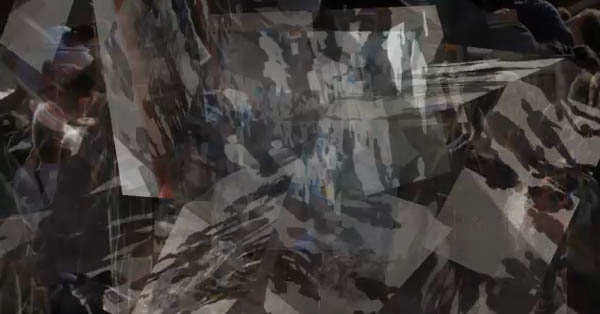 At the film's opening a mysterious disembodied knife brutally commits murder, while the 24 hour media cycle, punctuated by television advertisements for the spirit drones on in the background. Equally mysterious as the violent murders, people around the world are being inexplicably drawn together into what have been termed "groupings." The plot of Popular Unrest centers on one such grouping, comprised of twelve individuals, from diverse backgrounds with nothing in common other than their overwhelming desire to come together. While the closeness the group feels towards each other is inconceivable in the rational terms of system transactions that govern their reality, they find comfort in their connection. 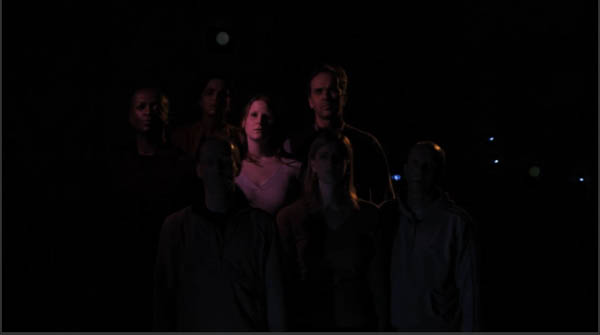 When a group of scientists approach them to conduct a study of their group and hopefully provide a scientific explanation for the phenomenon, they agree to participate. The biological causes of their behavior and the dehumanized and technological control of the spirit that approaches the world in terms of data and profit margins are pitted against the humanity of the grouping and the irrationality of life. They are, as the scientists tell them, like a snapshot taken by the system, a frozen moment of social exchange. They represent the Spirit's reflexivity.
Ultimately, however, Gilligan is uncertain in the power of our humanity to resist the faith, comfort and often overwhelming power we invest in the quantifiable, data driven systems we ourselves have created.