The 33rd edition of BYOB took place Friday evening on the small Venetian island, San Servolo. For those unfamiliar, the exhibition format brings together internet- savvy artists showcasing their work on their own projectors (“beamers.”) BYOB first launched last year in Berlin by Dutch artists Rafaël Rozendaal and Anne de Vries to combat the reliance upon institutions for the facilitation of new media exhibitions. With BYOBs around the globe, it has quickly gained notoriety as a meet-up point for socializing among new media artists as much as a viable form of exhibition. While Rozendaal now carries the torch for BYOB and has ushered it into a worldwide phenomenon, the question remains: is BYOB a viable form of resistance to institutional reliance or just a big party? 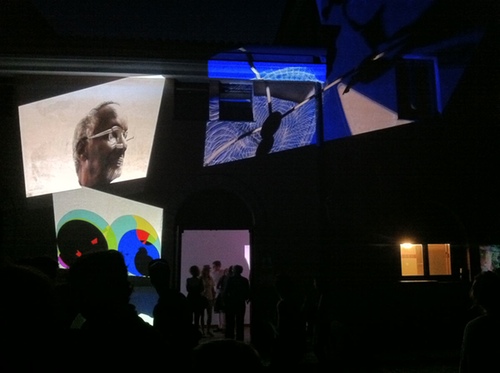 Somewhat paradoxically, the Venice rendition of BYOB is considered “more institutional” by Rozendaal due to its collaboration with internet impresario Miltos Manetas and budding Milan-based new media gallerist Gloria Maria Cappelletti, who hosted and helped curate BYOB as the 2011 rendition of the Internet Padiglione. The Internet Padiglione of 2009—an “official” La Biennale collateral project included projects, performances and works by bigger names such as Pirate Bay, Aleksandra Domanovic, Petra Cortright, Oliver Laric, AIDS-3D, Mai Ueda, Christian Wassmann, and Harm van den Dorpel. The 2011 version is hardly recognizable in comparison. For this its location on the somewhat remote island of San Servolo should be charged. The 15-minute trip to the island entails hopping on a vaporetto periodically running from the centrally-located San Marco. Perhaps I’m looking into this too much, but it feels akin to departing from the “mainstream” art world to hang out with the oft-segregated internet-oriented “art world.” Rozendaal was more optimistic about the exhibition’s location, “Venice (especially around the biennale) is a very, very busy place. We chose the tiny island of San Servolo because it has its own mood, a dreamy place filled with trees, protected from all the art mayhem and tourists.” 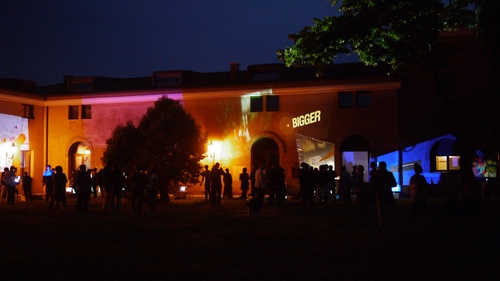 San Servolo seemed more subdued than BYOBs past. “BYOB is an open format, and everyone curates it differently. There have been more ‘serious’ BYOB's, with space between the works and longer texts. When I organize one, I like to make it chaotic and energetic. That is my execution of the idea, but it is not all that BYOB could be. For me it is about anarchy and fun. If that's too much of a party, so be it. There are many other kinds of ways of exhibiting moving images, this is one,” says Rozendaal. After having a few productive, cogent discussions with artists such as Jeremy Bailey, who explained writing his software to me; or Nikola Tosic, who offered his insights on the current state of art criticism, it became apparent that in New York there’s largely a stigma against BYOB due to burgeoning frustrations with the social environment of the “internet world”—and that togetherness, like it or not, provides a large component of BYOB’s structure. 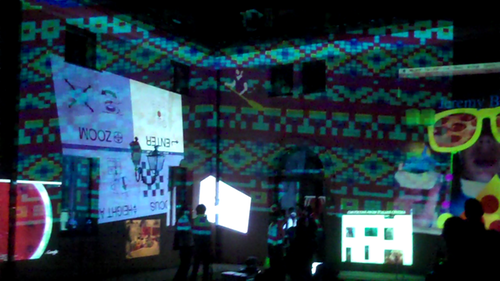 Was the art in BYOB Venice revelatory? Largely no, but exhibiting the most competitive art isn’t exactly the impetus of the open-source show. However, if we separate the hype—and problematically, the content—from the initial inspiration of BYOB, we’re left with a prescient reminder that rethinking and politicizing the exhibition is a cause worth meeting for and discussing. Whether or not it devolves into a site for bad art, binge drinking, and personal drama is another question, but perhaps there’s hope yet for BYOB to mature into something considered and worth writing home about.

What is the basis (citation, reference, etc) for this statement in the above review?
"BYOB first
launched last year in Berlin by Dutch artists Rafaël Rozendaal and Anne de Vries to
combat the reliance upon institutions for the facilitation of new media exhibitions."
I am looking at the BYOB FAQ ( http://www.byobworldwide.com/faq ) and I don't see anything about combatting institutional reliance.