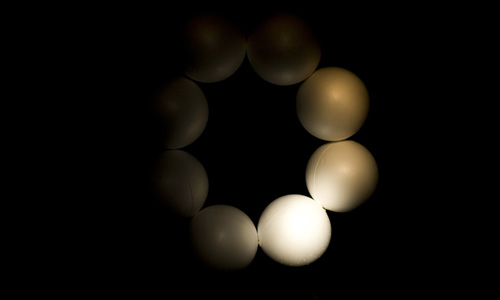 For Constant Dullaart the Internet serves as a medium as well as a subject of artistic production. His main strategy is the exploration of the multifaceted languages of contemporary images circulating on the Internet and their re-contextualisation as found material in a medium of its own. With his artworks, the Amsterdam- and Berlin-based artist digs deeply into the caches of a networked cultural production without limiting the medium to simple technological traits: the default style of Web-based platforms, their widespread and often unscrutinised use as well as the popularity of globally standardised interfaces are manipulated with the aim of investigating their social potential.

Dullaart’s practice ranges from art made with and for self-explanatory domain names such as The Revolving Internet.com or The Sleeping Internet.com and video works such as YouTube as a Subject as well as the adoption of this series of short loops for the real space under the title YouTube as a Sculpture. Furthermore, he deals with site-specific installations such as Multi-Channel Video Installation, where projector mounts where borrowed from art institutions and taken to an exhibition space to serve as sculptural elements, as well as dealing with digitally manipulated images as in the series No Sunshine, where he applies the Photoshop default techniques to remove the sun from romantic sunset pictures found on Flickr. Brian Droitcour writes for Art in America magazine: “Dullaart’s ready-mades demonstrate his interest in what might be called ‘default’ style—the bland tables of sans serif text and soulless stock photography that frame ads for some of the most common search terms (auto insurance, cheap airline tickets, pornography), baring the underbelly of the Internet’s popular use.” . . . and the circle is turning and turning and turning—with no end in sight.

-- Excerpt from "Ever-Changing Chains of Work: An Interview with Constant Dullaart" by Franz Thalmair from CONT3XT.net