Codes of Honor
By Jon Rafman

Chinatown Fair arcade closed down on February 28th, 2011, after over 50 years. Gamers are still in mourning. CF, as it was known, was one of the last video game arcades in America where one could count on finding top-level competition.  I spent the better part of 2009 in that dingy, dim-lit arcade at the end of Mott street, which was the battlegound for the best players in the history of pro-gaming.

The first Street Fighter release in a decade —Street Fighter IV —just came out, sparking a short-lived renaissance in the fighting game community. I got to know the regulars at the arcade and began conducting daily video interviews, asking them to recall their greatest memories at the joysticks. I set up a YouTube channel, which was widely followed and the comment section became a major forum for debate in the community. During that year, I learned that to be a top-pro one could not simply master the technical aspect of the game; to compete at the highest level one needed to have a strong character and a deep understanding of human psychology. I learned that pro-gamers ascribe to the values and virtues of the classical archetypes of yore: honor, respect for the other, and excellence. Hardcore gamers have an experience of acheivement so intense that, although limited in scope and time, it is forever difficult to equal. Although nothing can rival the high they get from defeating a worthy opponent or the reputation during their reign, the fame is as fleeting as the high of the win. And so I learned of the tragic element that is inherent to the experience of video gaming. 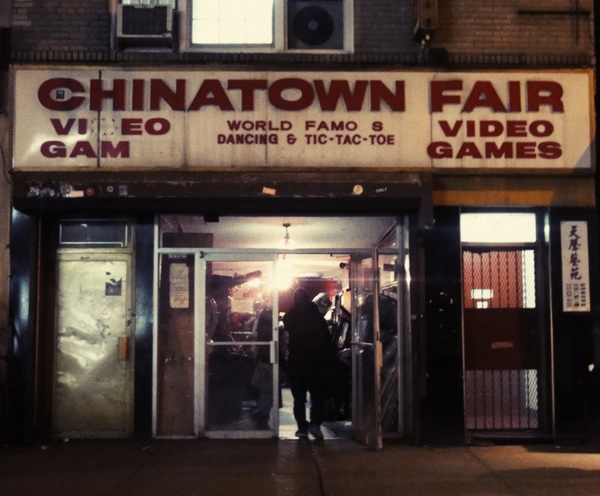 I learned of many celebrated gamers but as legends go, no one topped Eddie Lee, the East Coast Champ. Eddie is recognized as the pioneer of the New York-style of gameplay, a variation of the “Turtle-Style.” Considered the most frustrating of all combat forms, turtling requires infinite patience. The strategy demands that one play a zero-risk game, keeping the perfect distance from the opponent, waiting for the enemy to make a mistake, but never taking the initiative, just waiting patiently for him to slip. When he finally does, he is punished. This was the style Eddie Lee felt he had to pass on — not the brave crowd-pleasing grace of the “Rushdown” fighter, but the calculated brutality of the defensive master that shuns all desire for spectacle. Part of the appeal to the story of Eddie Lee was that he suddenly and mysteriously dropped out of the tournament scene at the height of his powers. It was rumoured that he went on to use these very skills to become a successful Wall Street day trader.

When I found the legend of Eddie Lee, I found the center to my film. In order to portray the tension between regret for the time spent playing without a visible legacy and nostalgia for the thrill of the game, I integrate three perspectives: i) a narrator in a virtual world who reminisces about his days as a pro-gamer, ii) a Chinatown Fair regular who recounts his greatest memory, and iii) classic cut-scenes from the games themselves. In this way,  Codes of Honor moves through actual, virtual, and imaginary space and time. 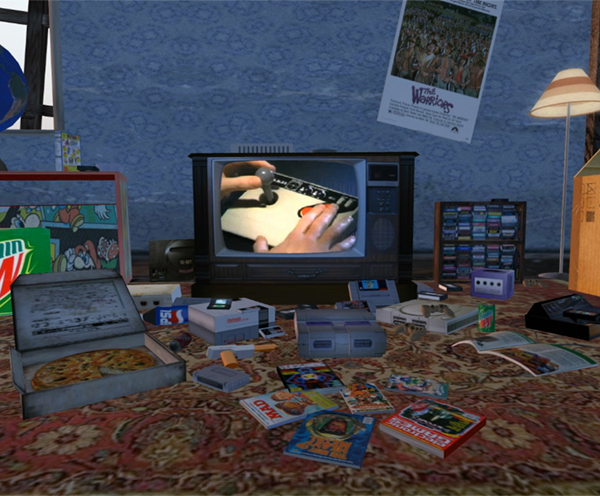 Rather than adopting the popular perspective on gaming as a way of escaping life, engaging in violence or being antisocial, the film focuses on the gamers’ pure joy in their hard-sought achievements, the thrill of high-level competition, the significance it gives their lives, and the communities they create. We see the journey of a professional gamer as he moves from the prized moment when he masters a game or defeats an arch-rival to the despairing moment when he realizes his legacy will soon be forgotten. We see him confront a question that faces us all: in a world where history and tradition mean less and less, how do we achieve redemption? How do we even construct a continuous self?

turtling and rushdown both work by causing an opponent to make mistakes, by applying positive and negative pressure.  they're effective strategies but are so often applied inflexibly by american players (on both coasts – ortiz can still bring a weirdly flamboyant turtle).  but when these approaches are used against a player like daigo, who can actively shape a match through a fluid application of imbalance – progressive mix-ups, feigned risk, ruthless dispassion – turtle and rush players often come off looking clinical and one-dimensional.

you also mention the "deep understanding of human psychology" that a true champion must possess, and of course this is the beast's dominant characteristic.  daigo's yomi is the stuff of some strong lore, and while the importance of the thing can get overblown, his ability to collect information about an opponent, process it immediately, and feed it back physically is unreal.  and it's interesting to me how daigo's reputation as a predictive player has proven to be such an oppressive force in itself, and that something as metaphysical as yomi has led countless challengers to mentally guard-break themselves before their matches against him even begin.  so often it's not technique that wins battles but rather the imposition of will.

and anyway ume is cool and all but it was great to see poongko's seth totally kross that dude out at evo.  also any art fighters out there should hit me up on PSN when 3S:OE drops next week – my nick is blaise perrier.

I don't game and watching this gave me chills. I've always wished videogames could make me happy :/

I was walking around Vancouver, aware of that need, and I remember
walking past a video arcade, which was a new sort of business at that
time, and seeing kids playing those old-fashioned console-style
plywood video games. The games had a very primitive graphic
representation of space and perspective. Some of them didn’t even have
perspective but were yearning toward perspective and dimensionality.

Even in this very primitive form, the kids who were playing them were
so physically involved, it seemed to me that what they wanted was to
be inside the games, within the notional space of the machine. The
real world had disappeared for them—it had completely lost its
importance. They were in that notional space, and the machine in front
of them was the brave new world.

The only computers I’d ever seen in those days were things the size of
the side of a barn. And then one day, I walked by a bus stop and there
was an Apple poster. The poster was a photograph of a businessman’s
jacketed, neatly cuffed arm holding a life-size representation of a
real-life computer that was not much bigger than a laptop is today.
Everyone is going to have one of these, I thought, and everyone is
going to want to live inside them. And somehow I knew that the
notional space behind all of the computer screens would be one single
universe.

And to think this made me nostalgic for Second Life. And then to drill down to a more specific nostalgia buried among my years within that world, for Insilico, the machinima setting shown here built mostly by an avatar called Skills Hak. Nostalgic even for the same diner or, say, Thorne Dreadlow's golden onion-dome temple that get's a cameo as the narrator is rising through the Blade Runner-esque city …which itself recalls so many nostalgias.

I liked comparing my own lack of meaningful reverence for the games the narrator once thrived within, despite growing up among similar arcades, with instead my renewed reverence toward the virtual world he was now 'reliving'.

Incidently, among the easter eggs, at 10:55, the spikey brown-haired dude at the arcade with his back to the camera is clearly either Philip Linden (Second Life founder Philip Rosedale) or an impersonating avatar.

Thanks Jon, I enjoyed this, having caught it thru Joanne McNeil at Google+.

This is a lovely little project that, having grown up on a diet of Streets of Rage, Street Fighter, Doom and Double Dragon, embellished me with a great sense of nostalgia.

Likewise, the arcades in my hometown in the UK all closed down in the early nineties. I used to get a thrill from walking through the doors and hearing the sounds from the machines; the unmistakeable rumbles from Street Fighter 2 and Smash TV, the tune of Outrun, etc.

While I still enjoyed playing my SNES and Megadrive, I still missed the sounds and meeting people at arcades, and being able to challenge others in person to Street Fighter 2, etc.

Thanks for the words, the imagery and the memories!