Kill Screen curated a sold out Arcade two weeks ago at MoMA's July PopRally. The museum was packed with art and game enthusiast actively trying their skills with an array of eleven games spread across the first three floors and the garden. I'm a closeted game addict so the event culled no shortage of interest from me. I started out the night playing Starry Heavens, a large turn-based installation of networked dots predicated on a feudalist hierarchy, with a group of friends and the game's creators, Eric Zimmerman and Nathalie Pozzi. The giant heilium-filled weather balloons floating above the game's stage added a Calvino-esque ambience and a minaturizing sense of scale. B.U.T.T.O.N., a game built specifically on unfair tactics located inside the Museum's lobby, quickly shifted the slow pace of Starry Heavens into a frenzy of subversive button smashing, shouting, and friend pushing.

Overall the games offered a broad set of aesthetics and interactivity ranging from the cooperative, full-body, and homebrewed Kinect-meets-iPad PXL PUSHR (created by Matt Boch and Ryan Challinor) to the binary palette and hauntingly captivating experience of LIMBO - with a special note to QWOP, which garnered a long line and much moral support for participants. I caught up with Kill Screen's co-founder Jamin Brophy-Warren over email to find out more about his logic in curating the event:

JH: What was your thought proces behind choosing that particular group of games?

JW: We chose games that reflected the breadth of developments in games over the last five years or so. As you know, the Arcade was tied to Talk To Me and the communication between objects and ourselves.  So we wanted to find games that did the same thing -- that spoke different languages. LIMBO, for example, was chosen for its aesthetics and the monochromatic dream world that Playdead had created. Bit.Trip Beat was chosen for its pastiche and how it blends an old convention (Pong) with something new (sound). B.U.T.T.O.N. was chosen for its physicality and Canabalt was chosen for its austerity. We wanted a wide range of new experiences for attendees to explore.

One overall principle was to chose games that were easy to learn and interesting to watch. There were 1,000 tickets sold for the event so the environment needed to be one where we could cycle people quickly through games while not boring those on the periphery. There are other games that are wonderful but don't lend themselves to that type of setting. 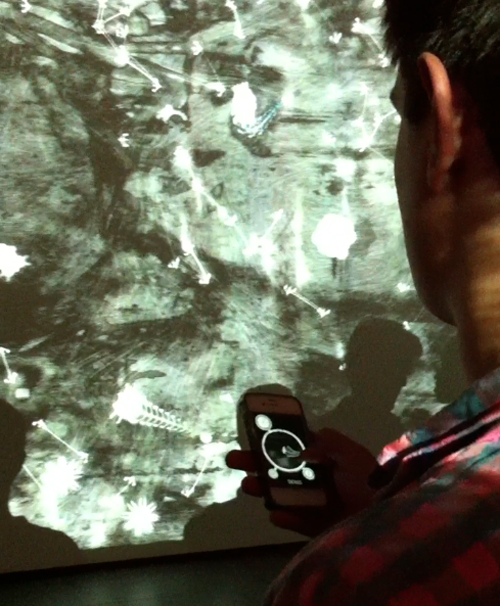 JH: How did you choose the locations for each game? Was based it simply on available space or linked somehow to art that was in the locations before?

JW: The answer for locations is less sexy. We worked with MoMA just to figure what would work best given the layout. Sound was one issue as some games like Bit.Trip Beat and Synapse would clash with the DJ if they were too close.

The only exception was the commissioned game Starry Heavens. Early in planning I had really wanted to do something in the garden as that was available to us. Eric Zimmerman and Nathalie Pozzi did an incredible job of creating something that took advantage of the physical space available.

JH: Since the event have you gotten any feedback from the game designers you curated into the arcade?

JW: As far as we now, everyone's been happy with the outcome. Sadly, many of the game designers couldn't be there for the event, but the ones that were have expressed excitement and joy and participating. Showing games at one of the world's foremost modern art museums is a tremendous opportunity.

JH: Do you think you'll be doing something like Arcade again in the future?

JW: That's the idea!  We'll be looking into our next event soon. 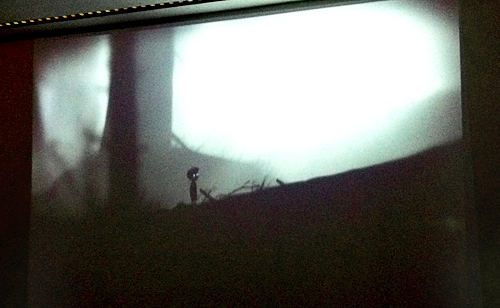 LIMBO, a multi-platform side scroller with stark visuals