The Resurrection of Piss Christ (2011) - Anonymous
By Ceci Moss 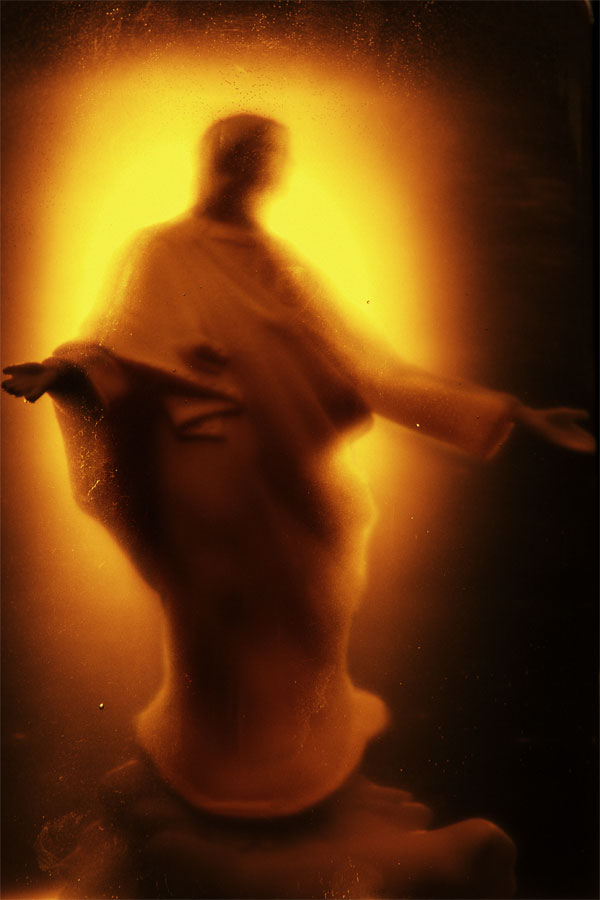 A consciously derivative work, The Resurrection of Piss Christ is a direct response to the destruction of the original. Duplicating the same fate as its star subject, Immersion (Piss Christ) is subjected to the artificial immortality we now wield through the Internet. Our interconnectedness now transforms an act of destruction - through communication and distribution - into an act of preservation.

As a statement against fundamentalism, The Resurrection will fuel it.

As a statement against the commercial value of an intentionally contentious work, The Resurrection will feed and inflate it.

I denounce any act that attempts to silence an individuals thought or speech or expression. Simultaneously, I question the integrity of a work that provokes so ineloquently.

The Resurrection flaunts its infinite reproducibility. Coupled with my anonymity, it ignores the archaic mechanism upon which the art market balances itself.

The Resurrection exists beyond the marketplace. Do what you want with it.