Interview with DIS
By Jacob Gaboury

The art and design behind DIS Magazine is unlike any other fashion publication to date. Its contributors eschew the standard conventions of print publication to create an ever evolving series of related threads, organized around categories such as distaste, dystopia, discover, and dysmorphia. DIS is a collaborative project amongst artists, designers, stylists, writers and friends. They are Lauren Boyle, Solomon Chase, S. Adrian Massey III, Marco Roso, Patrik Sandberg, Nicholas Scholl, and David Toro, along with guest contributors that include artists such as Ryan Trecartin, Anna Lundh and Scott Hug. I recently conducted this Q&A via email with the members of DIS, in which they discuss the magazine's goals, its unique use of digital media technologies and the Web, and the future of the publication.

What are the goals of DIS? What is your motivation in producing (this type of) fashion magazine?

DIS provides an optimistic and critical voice that upends the notion that fashion moves in a single direction from "high" to "low". To DIS, fashion is choral, rather than oracular. The value of DIS is in the horizontal exploration of fashion and the collaborative nature of the Internet. 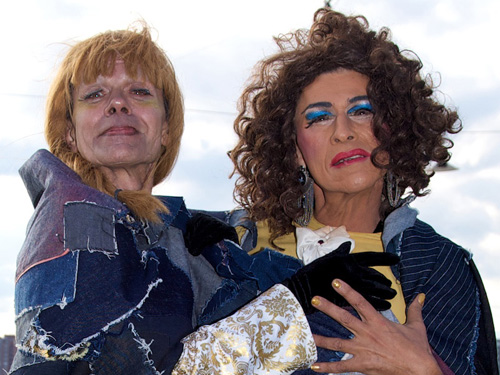 Avena Gallagher and Marco Roso, A Sunday with Susan, 2010 (From DIS Magazine)

The format of DIS is very unique. The magazine doesn't resemble a blog, but it doesn't seem to emulate a paper magazine either. What is your intent in producing the magazine this way? Is there something about the Web that lends itself to this style?

Our focus was to develop options of format and platform that are appropriate and flexible to the content. A blog format, for instance, requires a persistent connection to the content and flow of that content. Although the desire for that type of connection is a valid one, it's not always appropriate. Some of DIS's editorials necessitate a more granular method of apprehension. In these cases, we seek to provide a "digital analog" to the experience of flipping pages.

The title "DIS" seems in keeping with the deconstructive tone of much of the magazine's content. Do you see the work as a form of critique or parody in this sense?

DIS falls somewhere between commentary and celebration. The prefix "dis-" tends to have negative connotations, and we adopt and apply that critical tone as much to ourselves as to our subjects. 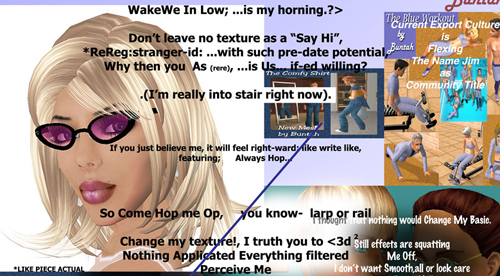 You state in your "About" section that the magazine is a "dissection of fashion, art and commerce." Do you see these three categories as separate aspects of DIS, or are all three necessarily connected? Will we see future issues devoted specifically to art?

All of us have broad backgrounds connected to art or the arts. We're all involved with fashion to varying degrees. And we are all—audience included—participants in commerce. We don't want to distinguish between fields. We're interested in the integration and infiltration of all three into the banality and novelty of product and image making. We're happy just to contribute to the database of Google image search.

The magazine's content seems both future-oriented toward fashion trends of the not-yet-here, but also deeply invested in figures and styles of the recent past (IKEA, Second Life, cholo fashion, etc.). What is the temporality of DIS and who is its fashion for?

If there is a temporality that DIS explores, it is mostly imagined. What is more pertinent to this project is the fact that our generation has a blurred point of view on values and on temporality itself. The past, present, and future—or at least a visually skewed representation of them—are immediately accessible by typing a few keywords into an engine. In this way, reality is multivalent, personal, and constantly in flux. The fashion in DIS is not "high" nor "low." It is simply Medium. Our fashion is for everyone but not everyone knows it. 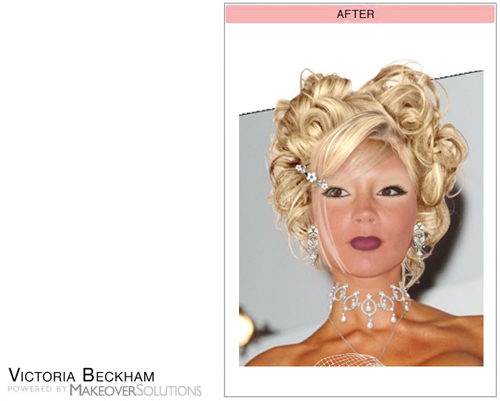 What else do you have slated for future issues, and where do you see the publication heading? Any Web-specific content that would not be available to a more traditional print magazine?

We would like to clarify that, in concept and practice, DIS is not issue-based. We are excited about the possibility and immediacy of audio, video, and interactive features. We are currently developing and filming a live-action role-playing, documentary soap opera about DIS Magazine to be released serially, very soon. 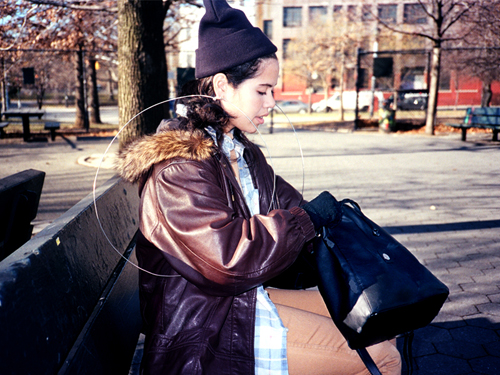 What do you see as the future of fashion magazines generally, given the current crisis in print media and the reliance of fashion blogs on using professional photography lifted from official sites and sources?

Fashion magazines are dependent on their medium, as in all of media. As long as the medium is available, it will surely be put to use. However, printing technology will evolve, and future magazines will augment physical reality to a more advanced degree. It is our belief that media should be afforded multi-sensory actualizations. For more of our thoughts on the future of fashion magazines, you can consult our predictions for styles and customs of the Twenty-Teens at the following link:

Do you have plans to create a print edition? If so, how would you manage this given the technological specificity of the magazine in its current form?

We certainly have plans for a print object, but we are not prepared to disclose the details at dis time.

Any other comments or concluding remarks?