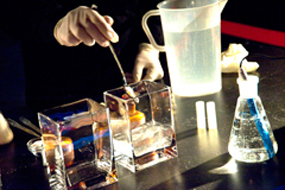 Apply for the transmediale Award or the Vilém Flusser Theory Award for the 2011 cycle. Deadline is July 31, 2010. Brief description below, conditions of entry here and more information here.

The transmediale Award and Vilém Flusser Theory Award 2011 Call for Entries is now open! The Award competitions seek outstanding entries that exemplify visionary, adventurous and critical forms of digital expression, interaction, and collaborative practice. Entries from countries and regions in which digital art and culture are emergent are encouraged, as are positions that enrich our understanding of, and relationship to, technology and networked society.