The Migration and Conflation of Forms
By Karen Archey

What has happened to “underground” film after the advent of Netflix, file-sharing and the Internet? This veritable, thriving counter-cultural force, building community by way of the distribution of cultural artifacts, has definitely undergone some changes as hard-to-find movies have become easier to locate and view. The transformation of underground film in the face of these factors emblematizes the shift in perspective defining the New York Underground Film Festival (1994-2008), from its offshoot Migrating Forms, programmed by NYUFF veterans Kevin McGarry and Nellie Killian, now in its second year. Migrating Forms shouldn’t be understood as NYUFF with a facelift—such would imply a new identity covering up an old ethos. Rather, if NYUFF combated the poor distribution of alternative cinema with a punk sensibility, Migrating Forms broadened its scope to celebrate works made in the preceding year by artists and filmmakers, somewhat in the vein of an (annual) art world biennial.

Its title, taken from a James Fotopolous film, further evinces the slippery character of pictures shown within McGarry and Killian’s program. Anything on video or film is fair game. The disparate line up includes work of contemporary video artists, anthropologically inclined documentaries, and formalist ruminations by an array of artists and filmmakers. Also shown was a mini retrospective of Godard collaborator Jean-Pierre Gorin and the only two, extremely rare films ever produced by Ed Ruscha. The festival brochure touts its ten day massive program, “Across 23 programs, Migrating Forms showcases films and videos by 62 artists living and working in 21 countries—plus 9 special retrospective screenings and special events.”

The conceptual and physical vastness of Migrating Forms’ programming makes it difficult to identify any concerted or intentional leitmotifs. McGarry and Killian composed the festival with no obvious overarching theme other than the charge of presenting new film and video, and though the annual festival showed works from the past year or two, the aforementioned “9 special screenings” spanned back to the mid 20th century. Perhaps the most concerted similarities running through this year’s programming include: formalist filmmaking, anthropologically-inspired documentaries, reinvention of the documentary, Hollywood irony, short art-house video, and not to be flippant, but any combination of the above.

For example, Kevin Jerome Everson’s 81 minute film Erie, which kicked off the festival May 14, combines long ten minute single take shots (roughly the length of a roll of black and white 16mm film) of scripted vignettes featuring members of African American communities around economically depressed, postindustrial Cleveland, Ohio. A sullen shot of the filmmaker’s daughter sitting next to a candle complements a take of a man seemingly innocuously attempting to break into a car with a wire hanger. Erie employs formalist rhetoric and subdued documentary elements to consider, among other things, the charged symbol of idle black hands. 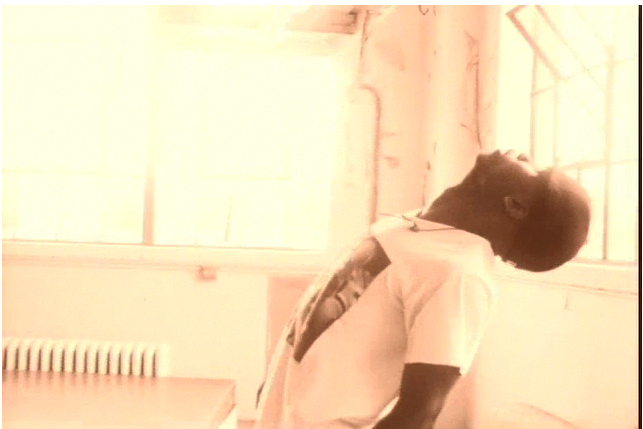 Sharon Lockhart’s 2009 film Podwórka similarly combines formalist elements with a gaze reminiscent of anthropological filmmaking. Lockhart portrays the children of postindustrial Lodz, Poland (perhaps the Polish version of Cleveland?) in various fixed shots lollygagging around the town’s concrete courtyards and buildings. Beautifully shot, the 30-minute film offers a glimpse into the lives of children seemingly untethered by an intractable sense of loss or nostalgia for more prosperous times. 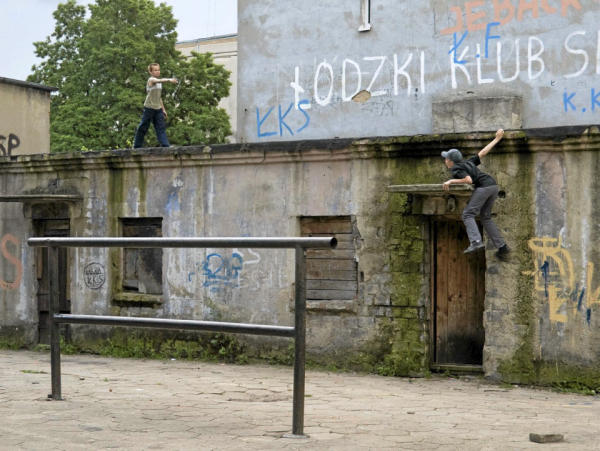 Migrating Forms offered a smattering of strictly anthropologically driven documentaries such as Stephanie Spray’s As Long as There’s Breath (2009) and Zhao Liang’s Petition (2009). In As Long as There’s Breath, Spray shadows a Nepalese family eagerly awaiting the return of their son from the local Young Communist League. The intimacy the filmmaker shares with her documented family becomes apparent through their unstilted appearances and the subtitles’ fascinatingly colloquial translation. Just as poignantly, Zhao Liang’s revealing documentary Petition sees the filmmaker follow the shockingly downtrodden Chinese known as “petitioners,” those screwed over by the corrupt Chinese government waiting interminably for their cases to be fairly tried. Liang uncovers the continued inconceivable inhumanities enacted upon the petitioners by the Chinese government, seemingly for no reason.

In every program there will be duds. Cyprien Gaillard’s ultra-cool Cities of Gold and Mirrors (2009) and Jesper Nordahl’s aimless The t.A.T.u. Project (2009) pale in comparison to the preceding conceptually meditative and poignant works. Gaillard’s hyper romantic 9 minute film could be confused as a cinematic rendition of a Ryan McGinley fête in Cancun—however, the film actually tracks American spring breakers on the island, somewhat tacitly critiquing their behavior (and by extension the colonizing travel industry) by juxtaposing shots of prodigal booze guzzling next to Mayan ruins against an ooncing sci-fi-esque soundtrack. Nordahl’s The t.A.T.u Project offers a glimpse—not into the life of the Russian pop band—but their dimwitted manager. Though the subject of the project, t.A.T.u., is a fascinating cultural phenomenon in its own right, the film ultimately lacks direction, evolving at the pace of molasses. Furthermore, it seems as if Nordahl received a predetermined amount of time to shadow the band and their manager, likely contributing to the film’s lack of cohesion. Nordahl unfortunately positioned the project in between being an actual documentary and a video about the context surrounding the rather odd success of the band. Although oftentimes the conflation of mediums yields rewarding results, The t.A.T.u Project would benefit from a more rigorous and premeditated editorial process. 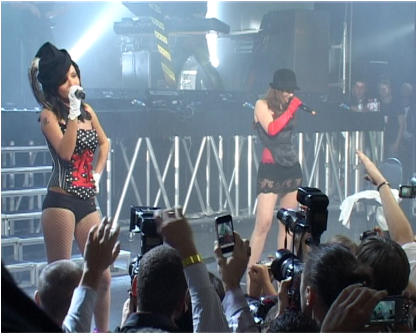 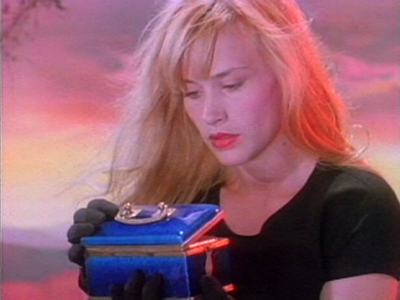 Bruce and Norman Yonemoto, Made in Hollywood, 1990 (Still)

The Yonemoto brothers' films make transparent the Freudian tropes present in Hollywood filmmaking and advertising via over the top ironic humor. Among Made in Hollywood’s one-liner gems include the character of cult-approved actress of Lynchian fame Patricia Arquette leaving her bumpkin home for Hollywood to pursue her dreams as an actress, later abandoning it for “the land in which everyone is happy and nothing hurts…the land of advertising.” The Yonemoto brothers seamlessly blend humor with critical perspective, being at once entertaining and analytical. Tragically, Norman Yonemoto suffered a stroke in the early 90’s, severely slowing their further cinematic production.

Ed Ruscha’s absurdly funny 24 minute film Premium features a man renting a seedy hotel room to make a carefully constructed mandala of salad on his bed, hiding it with covers to later unveil it to an unwitting female visitor, who becomes “tossed” in it, so to speak. Miracle offers a similarly weird view on love and the libido, featuring another young man—a mechanic—making a date with his seemingly on-and-off girlfriend over the phone, only to forget about the date when he obsessively attempts to fix the carburetor of a cherry red Mustang, losing track of time. Plenty of boobs and rats also float in and out of Ruscha’s pictures, creating a strange mish mash of ruminations on Freudian impulses and absurdist, and at times slapstick, humor.

Considering the festival’s shoestring budget and relative youth, Migrating Forms is remarkably well programmed and organized. Its visual identity fresh, the festival also has great luck with commissioning trailers, this year’s from video artist Leslie Thornton and the last from Michael Robinson. Remarkable is McGarry and Killian’s tenacity for uncovering international quality programming with little to no money. Their $5,000 Kickstarter campaign was their first-ever attempt at grassroots fundraising.

What can be taken from this? Migrating Forms is a passion project that celebrates new work, existing outside the mechanics of institutional support or the art market, thus stationed interstitially between the outmoded underground film festival and more contemporary and seemingly insidious art world biennial. (If one is dubious about entanglement of capital with the valuation of artworks via biennials, one only has to read Bob Nickas' scathing essay "To be Read (Once Every Two Years)" in the Paul O’Neill-edited Curating Subjects for any suspicions to be confirmed, where he posits "the art is not in charge.") As evidenced by this year’s programming, what comes from this conflation and “migration of forms,” as it were, is no doubt enlightening.