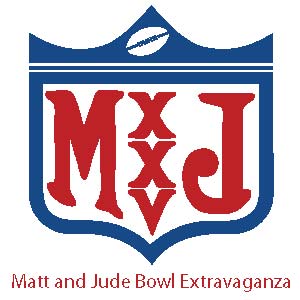 You can watch “More Than Super” live at http://www.livestream.com/mattandjudebowl at 6:00 pm, February 7 starting with pregame activities. Kick off will be around 6:25 pm EST.

On Sunday, February 7, the great American event that is the Super Bowl will be contested twice. Super Bowl XLIV will be played in Miami, Florida in front of a packed stadium and an international television audience of millions. Simultaneously an “improved” version of the game will be played in Ridgewood, Queens before a live audience of a few dozen enthusiasts and streamed online to perhaps hundreds more. Artists Matt Freedman and Jude Tallichet are producing “More Than Super”, a simultaneous, play-by-play restaging of the Super Bowl with a small army of collaborators who will substitute themselves for all the roles in the spectacle--players, referees, TV producers, half-time performers, advertisers, team owners, and fans in the stadium. The duplicate game will be staged in the artists’ studio, a defunct synagogue in Queens. Freedman and Tallichet have created a miniature football stadium in the old sanctuary; stained glass windows bracket the end zones and dusty chandeliers illuminate the field. The entire production will stream live as the actual game is played. Freedman and Tallichet will play a game identical to the Super Bowl, but better.

The artists will use the slivers of time between the broadcast plays in the “real” football game to restage the action that had just taken place. Just two people in Queens will do the work of the 90 professional athletes playing the game in Miami. Freedman will play all the positions, offensive and defensive, for the NFC champion New Orleans Saints and Tallichet will portray the entire AFC champion Indianapolis Colts team.

Great care will be taken to recreate the ambience of the television broadcast as accurately as possible, down to the half-time entertainment, but “More Than Super” will be a collaboration rather than a competition, more an awkward dance than a sublimated war. The game in the synagogue will engage America’s greatest spectacle and cut it down to size.